After Mosul, Iraq's western Anbar next up in IS fight

An Iraqi offensive against the Islamic State is likely to take place in the near future in the western Anbar province, with the city of Haditha being the gateway to the region. 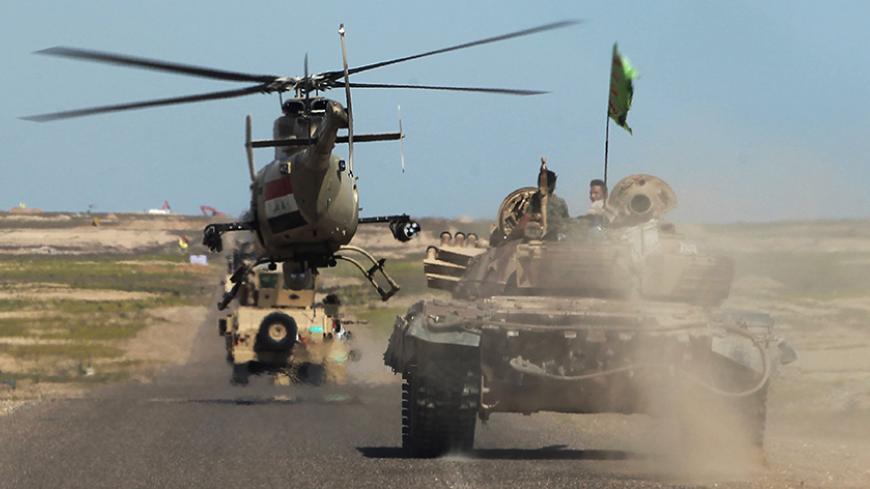 HADITHA, Iraq – As the Tal Afar military campaign starts farther north in Ninevah province, preparations are underway to retake parts of the western Anbar region still under the control of the Islamic State (IS). Haditha, located about 240 kilometers (150 miles) northwest of Baghdad, is the nearest city to the front from which the Anbar offensive will be conducted.

Along a key juncture between northern oil wells and other parts of Iraq and home to the Haditha Dam, as well as being near the al-Asad airbase where US forces train their Iraqi counterparts, the city managed to avoid falling completely under IS control.

Coalition airstrikes and much-needed supplies that arrived via helicopter helped the inhabitants and fighters to survive when besieged and to take back the areas that were temporarily captured by the insurgents.

The siege nevertheless took a major toll on the inhabitants and the economic prospects of the strategically located city. Key infrastructure near it was severely damaged and has not yet been rebuilt.

"Many bridges and other infrastructure are in desperate need of repair,’’ Mayor Mabrouk Hamid told Al-Monitor during a visit to his offices.

An operation toward western Anbar started in January but was suspended after the towns of Sagra and Zawiya were taken because of preparations for retaking the western bank of Mosul, an operation that officially ran from February until July.

Months were required to obtain permission to visit the area, and Al-Monitor was allowed to travel on the road from the last checkpoint before al-Baghdadi to Haditha only under military escort.

The road passes through the town of Hit, northwest of Ramadi, and is still subject to IS sleeper cell and car bomb attacks that mostly originate from the eastern banks of the Euphrates, the deputy commanding officer of the Jazeera Operations Command told Al-Monitor in an interview.

Sections of bridges that have collapsed and makeshift repairs to rickety-looking bridges can be seen along the way. Farther out on the road past Haditha and toward the front, one bridge well-enough repaired by the military to function temporarily has been renamed in honor of the "martyrs’’ of the battles.

"The road from Haditha to Beiji cuts through the line between the Jazeera and Salahuddin operations commands,’’ the deputy commanding officer of the Jazeera Operations Room told Al-Monitor during a visit to the command headquarters near Haditha. "We have responsibility for both sides of the Euphrates and a vast area reaching west to Syria and south into the desert.’’

"We are the front line against the enemy,’’ the deputy commander said. "'It can be considered the most important region for fighting terrorism in the country. And this is why Anbar province was divided into two operating sections’’ for security forces: the Anbar section, where Ramadi and Fallujah are located, and Jazeera, where Haditha, Hit and al-Baghdadi are, stretching to the Syrian border and encompassing a vast tract of desert area containing many wadis (valleys and ravines that are dry except in the rainy season), where IS is known to hide in and move through.

"The western desert, al-Qaim, Rutbah to the south — these are all under our responsibility,’’ he added.

Haditha has additionally long been a strategic junction due to oil pipelines arriving at its K-3 pumping station from the now heavily damaged Beiji, where Iraq’s largest oil refinery is located, and Kirkuk, in an area of the country disputed between the Kurdistan Regional Government and the central government in Baghdad.

It had also been slated to be part of a planned pipeline running from the southern Iraqi city of Basra to Jordan’s Aqaba port, prior to the IS invasion. A decision was made last year to reroute the pipeline farther south through another area of Anbar out of security concerns.

While Tal Afar — a predominantly Turkmen city 80 kilometers west of Mosul — has produced some of the Islamic State’s key commanders, the mainly Sunni Arab region of Anbar that accounts for roughly one-third of all Iraqi territory has historically been a stronghold for recruitment and smuggling routes across the border into and out of Syria, the deputy commanding officer said.

When asked about what sort of collaboration Iraqi army soldiers — many of whom are from the southern Shiite regions of the country — had with the local tribal fighters, the deputy commanding officer said the reason why Haditha had never been taken by IS was precisely because of the tribal fighters. He said the Iraqi military worked closely with the tribal fighters.

A base used by the Hashd Al-Ashairi, the local tribal forces, is located next to the army base.

Sheikh Abdullah of the Jughayfa, the most powerful tribe in the area, told Al-Monitor during an interview at the headquarters of his new political party, Ahrar Al-Furat, that fighters answering to him had been heavily involved in the fighting against IS when it was on the fringes of the city but that now he would focus exclusively on ‘’changing things through politics.’’

Haditha was also the site of a major massacre of 24 unarmed Iraqis by the US Marines in November 2005, an event still remembered clearly by many of the inhabitants.

Abdullah told Al-Monitor that "about 70% of the men in the town were arrested by US forces at one point or another,’’ but that many were never found guilty of any crime.

At the nearby Haditha Dam, Col. Hassan Eissa, commander of the third division of the Iraqi army commandos, told Al-Monitor that several forces were stationed at the dam, including those from the Counter Terrorism Service, and that divers there had been trained by US forces.

The Haditha Dam is the second-largest hydroelectric contributor to the power system in Iraq after the Mosul Dam.

Though no announcement has been made as to when the western Anbar operation will begin, most analysts and officers Al-Monitor spoke with said it will not happen until Tal Afar and Hawija have both been taken back from IS.

Tribal militias made up of fighters originally from areas still under IS control are undergoing training and occasionally conduct brief forays into enemy territory.

Despite its strategic location, Haditha is meanwhile likely to continue to suffer a lack of investment and fragile security until the area west of it is cleared of insurgents and its infrastructure is rebuilt. 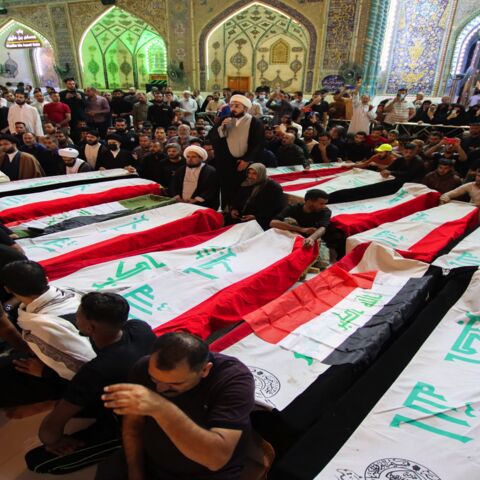