Islamic State fighters are still launching attacks against Iraq’s security forces in the liberated areas, indicating that there are still some IS enclaves and cells present on the edges of the cities. 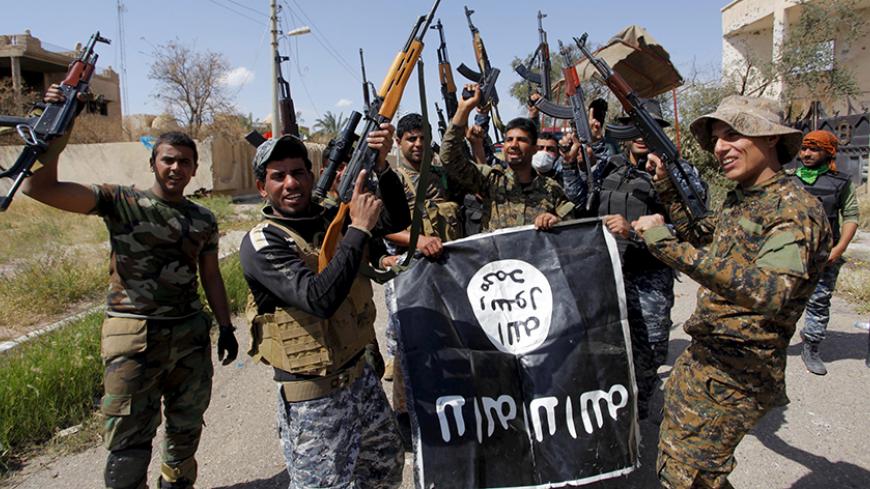 BAGHDAD — Although the Islamic State (IS) lost 50% of the territory it had taken control of since June 10, 2014, some of the group’s members who are still at large have succeeded in launching occasional attacks on security units in the country. Most recently, on Sept. 15, IS launched an attack targeting the Ajeel oil field, east of the city of Tikrit in Salahuddin province.

It seems the Iraqi security units and forces supporting them have not completely cleansed the areas that have been under the control of IS for the past two years, since their liberation. There are still some IS enclaves leading occasional surprise attacks against government forces in control of the liberated areas.

The attack on the Ajeel oil field — which the security forces regained control of on April 16 — points to an organized movement of IS fighters in the city of Salahuddin that was liberated more than a year ago. Also, these IS fighters — whose numbers are unknown — used heavy weapons in the attack, which shows that there may be arms storage sites that the Iraqi government forces have yet to find.

On Sept. 13, IS fighters tried to infiltrate Ramadi city, the center of Anbar province, but Iraqi security forces managed to stop them. Anbar police chief Maj. Gen. Hadi Razij said during a press conference on the same day, “The joint operations room is preparing a plan [to be implemented] by all security units in Anbar. The Anbar police will participate in the liberation of Ramadi, as well as al-Qaim, Anah and Rawa.”

Razij continued, “It is well-known that the Rutbah district in Anbar province is surrounded by deserts, open spaces and valleys, and some [IS] cells are concentrated in these areas. These fighters are facing our forces that are present in Rutbah city and its surroundings, but the security forces are able to confront them.”

For his part, Iskandar Watout, a member of the security and defense parliamentary committee, told Al-Monitor, “IS is seeking to destabilize the situation in the liberated areas by attacking the security units. But the failure of these attacks has proved that IS is no longer able to withstand in the face of any military operation launched against it.”

He added, “IS sought to find enclaves in the areas it lost to destabilize the Iraqi military units and alleviate [some of the burden] its members are suffering in military operations that are ongoing in other areas close to Mosul.”

On June 17, Haider al-Abadi, the commander-in-chief of the Iraqi armed forces, announced the liberation of the Fallujah district in Anbar, confirming that “IS is no longer [back then] in control of Fallujah. The province has been completely liberated except for some small enclaves.” Abadi’s statement proves that following its liberation, Fallujah was not the only area where IS had established enclaves and cells.

On Sept. 6, IS launched a suicide fighting attack against the Iraqi National Border Guard headquarters in Rutbah district, using Katyusha rockets. On the same day, the Emergency Response Unit repelled an IS attack against the Kilo 110 area in the eastern desert of Anbar.

Security expert Omar al-Hamdani, who served in the former Iraqi army prior to 2003, said IS cells are present in the liberated areas, as the group took advantage of the presence of Iraq’s security forces in the liberated cities’ centers and in government buildings and headquarters, to deploy its members in the outskirts of these cities.

He told Al-Monitor, “The Iraqi security forces need to come up with a cleansing plan regarding the remaining IS enclaves in the liberated areas before the organization reshuffles its cards and gains the support of the people [present in the liberated areas] who are not on good terms with the government forces given the behavior of some security members.”

In Anbar province, IS is taking advantage of the large desert areas to establish its enclaves, through which it can lead attacks against the security forces or civilian areas in the liberated regions.

The Iraqi security forces, which are concerned by this situation, launched a crackdown campaign against IS enclaves in Qayyarah, in Ninevah province, with the aim of completely cleansing the district. But this campaign requires major military and intelligence efforts on the part of security forces, according to security expert Imad Alo.

Alo told Al-Monitor, “IS is taking advantage of the deserts and outskirts of cities in the liberated areas to launch its attacks against the Iraqi security forces. IS is depending on its cells and enclaves present in the areas where it lost control to launch military attacks aiming at weakening the Iraqi security units.”

As IS continues to attack the Iraqi security forces, it seems IS members are still moving semi-normally in the liberated areas. The attacks also prove that communication channels used by IS with members in the cities that are still under its control continue to operate.

IS enclaves and cells will keep raising the concerns of the Iraqi security forces as long as military operations do not target the cities’ outskirts, where it seems IS is concentrated.