What's Turkey really up to in Syria?

Many observers think Turkey's true goal in entering Syria is to prevent the Kurds from dominating northern Syria, not to fight the Islamic State. 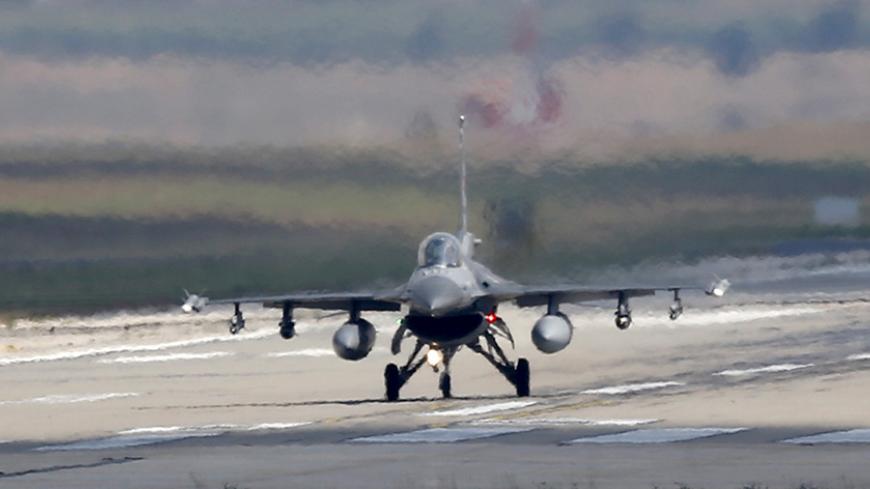 Turkey's military plunge across the Syrian border this week has all eyes focused on the Jarablus area, as observers wait for the possible fallout between Ankara and the Kurds.

It's evident that Turkish President Recep Tayyip Erdogan is targeting pro-PKK Kurdish party seeking to dominate the north of Syria. He admits as much publicly, though he says he is also pursuing the Islamic State (IS).

Indeed, at 4 a.m. local time Aug. 24, Turkish planes penetrated Syrian air space and began bombing IS targets in the Jarablus area. At 6 a.m., about 1,500 Free Syrian Army (FSA) fighters who had assembled at the Karkamis area of Turkey began crossing the border in an operation called Euphrates Shield.

Kurds control three separate areas in northern Syria on the Turkish border. Ankara fears that if the Kurds gain a stronghold on the west side of the Euphrates, they will be able to connect these areas and form a united territory right on Turkey's border. Turkey has demanded the Kurds withdraw to east of the Euphrates.

The strongest reaction from the public to Euphrates Shield came from Salih Muslim, the leader of the Syrian Kurdish Democratic Union Party (PYD). In a tweet, he warned, “Turkey will be losing a lot in the Syrian quagmire.” But Ankara’s reaction to Muslim’s tweet was even harsher. Erdogan said, “Some people are challenging us, telling us what will happen to Turkey in Syria. You should first think of what will happen to you.”

Turkish Foreign Minister Mevlut Cavusoglu said, “Our goal is to sweep away Daesh [IS] from our border. But the YPG [Kurdish People's Protection Units] forces within the Syrian Democratic Forces [SDF] must withdraw to the east of the Euphrates forthwith. If not, Turkey will do what is necessary.”

On the morning of Aug. 25, YPG spokesman Redur Halil emphasized his belief that the Jarablus operation is not against IS but rather the Kurds. He declared they would not withdraw from west of the Euphrates and nobody could force them to. Speaking to Voice of America Radio, Halil said, “Nobody can ask us to withdraw from our own land.”

These remarks signal the likelihood of a first-ever ground confrontation in northern Syria between Ankara and the PYD.

Damascus registered a low-key reaction to the operation, complaining of Turkey’s violation of its "sovereign rights." The Russian Foreign Ministry issued a statement expressing concern over the developments.

Turkish reinforcements continued to enter Syria. At 10 a.m. Aug. 25, 10 tanks and a lot of heavy engineering equipment crossed the border toward Jarablus. The deployment of new Turkish army units on the border and the arrival of reinforcements from other parts of the country indicate Ankara is determined to continue the operation.

A more important development came from the south of Jarablus. YPG Jarablus Military Council officials said there was a distance of only 3 kilometers (nearly 2 miles) between them and the FSA, which had entered Jarablus. Officials said the YPG would not allow FSA units to move any farther south. Local sources reported an exchange of mortar fire between the FSA and the YPG.

Sources speaking to Al-Monitor in Ankara on condition of anonymity said IS had been withdrawing from Jarablus for two weeks. The YPG had been preparing to move north to capture Jarablus, but Ankara pre-empted the move through Euphrates Shield. Ankara's action is further confirmation that the true target of the operation is not IS, but to block YPG’s domination of northern Syria.

The same sources said the heavy presence of armored and engineering forces along the border could be a sign of Ankara’s intention to set up a permanent base at Jarablus modeled after the Bashiqa base near Mosul in Iraq. Naturally, the reactions of Damascus, Moscow and Washington to such a plan will be important. Nevertheless, with this ongoing operation, Ankara for the first time in two years has made a difference in Syria. That is why in Ankara the most-heard comment nowadays is, “Finally, Turkey is back in the game in Syria.”

The critical questions are: Does Ankara have a road map with the blessing of Moscow and Washington? Has Ankara informed Damascus of its plans? Or will Ankara play it by ear according to field developments and by gauging the reactions of other players, especially the PYD? These are vital questions, because Ankara’s potential reaction to an FSA-YPG clash south of Jarablus could mean Euphrates Shield could easily expand beyond Jarablus toward the Al Rai-Azaz line to interdict the YPG from reaching Afrin and to change all the equations in northern Syria.

Ankara sources say the PYD’s attitude will be important, especially now. One source who didn’t want his name used drew attention to the importance of the YPG’s decision on whether to withdraw to the east of the Euphrates. “We will see if the PYD will confine itself to the limits the United States had coordinated with Turkey, or pursue its own goals. The United States wants the YPG to focus on a Raqqa operation. If we see the YPG withdrawing to the east of the Euphrates and focusing on the Raqqa region, we will understand that the YPG has made the decision Turkey [wants]," said the source.

Now eyes are on the south of Jarablus, awaiting the reactions of the YPG in the field and the PYD in the political arena about withdrawing to the east of the Euphrates. The Washington Post reported the morning of Aug. 25 that some but not all Kurdish forces had withdrawn. The political tension between Ankara and the PYD has for the first time created friction between the YPG and the Turkish Armed Forces (TSK). We will all watch anxiously to see how the parties will do in their crisis management on terrain that is already heating up.

The Euphrates Shield operation has symbolic significance to Turkey, presenting the opportunity to restore the TSK's prestige, which was badly tarnished with the July 15 failed coup attempt. No doubt such image repair would contribute to the TSK's combat confidence, morale and cohesion with the population.

Here is a partial description of the troops and hardware being used in Euphrates Shield:

In air operations, in addition to Turkish F-16s, Turkey also is using its newly acquired Bayraktar TB2 unarmed drones. US A-10 tank-killer planes dropped 244 MK-84 bombs on 63 IS targets south of Jarablus.

The ground operations are being conducted by FSA fighters, whose numbers are expected to reach 5,000-strong as they are joined by perhaps a dozen armed groups such as Ahrar al-Sham.

A Turkish armored battalion of around 25 M60A3 tanks and a mechanized infantry battalion equipped with armored personnel carriers with about 300 soldiers are giving armored protection and close-fire support to FSA groups. It is most likely that the TSK base at nearby Kilis Elbeyli is coordinating close-air support, forward air control and medical evacuation with the FSA units.

An armored brigade is on reserve at nearby Karkamis, while tank and armored reinforcements from other parts of the country are still arriving, indicating that Ankara is aware of the possibility of expanding the operation depending on developments.

FSA units backed by Turkish F-16s have reached Keklice-Kivircik village, about 7 kilometers west of Jarablus, after their forward reconnaissance units entered Jarablus. The casualty toll of the FSA on the first day was one killed by a roadside bomb and about 20 wounded. The news media was informed that on the first day of operations, including air attacks, about 100 IS militants were killed. As seen in social media messages of FSA fighters, the first day of their operation was mostly a rural trek with no IS resistance, and Jarablus appeared to be a ghost town with no population.