Saudis expect little from next US leader

As the regional security situation deteriorates around them, the Saudis are not optimistic about either candidate for the US presidency, with Hillary Clinton likely to continue current policies and Donald Trump a frightening wild card. 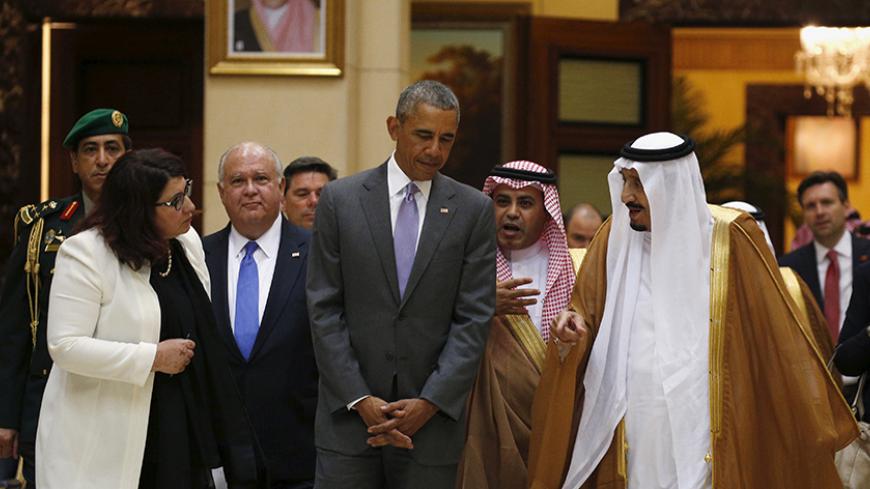 The Russian deployment of combat aircraft into Iran to bomb Sunni targets in Syria is the latest step in what Saudi Arabia perceives as a steadily deteriorating regional security environment. The Saudis have little hope that either of the two main US presidential candidates, Donald Trump or Hillary Clinton, will turn things around.

Riyadh sees the ever closer relations between Iran, Russia, Syria, Hezbollah and Shiite Iraqis as a fundamental shift in the strategic environment in the Middle East. One Saudi commentator with close connections to the royal family labeled the Russian deployment a strategic "shock" that demonstrates how badly the United States underestimated Iranian and Russian aggressive intentions.

The Saudis always feared the Iran nuclear deal would end Tehran's pariah status and give it more strategic options. Saudi efforts to buy off Moscow have been a failure. With international sanctions lifted for the most part, Iran is a strategic partner more attractive than the kingdom. The deployment of Russian bombers is the first foreign military presence in Iran since the fall of the Shah. It's a nightmare for the royals.

Turkey's rapprochement with Russia adds to Saudi concerns. Ankara has been a strong opponent of Syrian President Bashar al-Assad, Riyadh's bete noire. For Riyadh, it is more important to get rid of the Assad regime than to combat the Islamic State. The Saudis have been frustrated for years by US President Barack Obama's unwillingness to put more effort into eliminating Assad. Now the Syrian president seems more secure than ever. Saudis from the royals to the general population believe America and the world have betrayed the Sunni majority in Syria, tacitly tolerating genocide by a Shiite-Alawite-Russian axis.

Of course Saudi Arabia's top priority lies in Yemen, where its own war is escalating again. The Shiite Houthis keep up the pressure on Saudi border towns, some of which have been forcibly evacuated by the Saudi army. Houthi spokesmen have described the Saudi border regions as occupied territory, suggesting the Shiite-inhabited areas lost in a war in the 1930s still belong to Sanaa.

Riyadh blames Iran for arming the Houthis despite the Saudi blockade of Yemen. The Saudis remember that Moscow was the only member of the UN Security Council not to vote in favor of the resolution Riyadh cites as justifying its Operation Decisive Storm last year. The Russians said it was one-sided and unlikely to bring peace. It hasn't.

King Salman bin Abdul-Aziz Al Saud and his inner circle are looking beyond Obama now. They know he is a lame duck. But the two contenders for his job are not seen in the palace as the solution to Riyadh's angst.

Trump is a scary unknown for the Saudis. His vitriolic anti-Muslim rhetoric and tough talk about countries that preach radical Islam is seen as a threat. They noticed that in his foreign policy speech last week, Saudi Arabia was not included in the list of friends of America (Trump listed Israel, Egypt and Jordan but none of the Gulf states). He did talk about how poor Saudi visa vetting let al-Qaeda extremists into the United States before 9/11.

Trump promises to tear up the Iran deal but he seems to be in cahoots with Russian President Vladimir Putin. He has no foreign policy experience and his advisers aren't known for their expertise on the Gulf. Trump has also said that the United States should have kept Iraq's oil wealth after the 2003 invasion, a very alarming precedent for the kingdom.

Clinton, as secretary of state, is a well-known figure in Riyadh. The Saudis are much more comfortable with her and her advisers, and have a long history with the Clintons. They were extremely disappointed that Bill didn't press Israel harder and tougher in 2000 to resolve the Arab-Israeli conflict when they thought he would. Instead, he blamed the Palestinians.

Clinton sought to advance political reform in Bahrain during the Arab Spring, which helped prompt the Saudi intervention on the island. She was part of the Obama team that dumped Egyptian President Hosni Mubarak. She backed the Iran deal. Riyadh expects a Clinton White House to be a continuation of Obama, whom they soured on years ago. Continuity is not what the Saudis are hoping for in US policy.

Saudi Foreign Minister Adel al-Jubeir is a veteran America watcher. Crown Prince Mohammed bin Nayef is the most pro-American prince since King Fahd. As defense minister, Deputy Crown Prince Mohammed bin Salman has sought to reassure Washington that he is ready for prime time despite his inexperience. Riyadh has bought over $110 billion in arms from Obama. But there is no confidence in the Saudi leadership about the future of American leadership. Meanwhile, Putin and Iran's Supreme Leader Ayatollah Ali Khamenei are growing closer. Saudi paranoia about Iran is exaggerated but nonetheless a reality unlikely to change.