What Bibi gets wrong about Israeli media

The Israeli public perceives a media landscape dominated by left-wing positions, but reality tells another story. 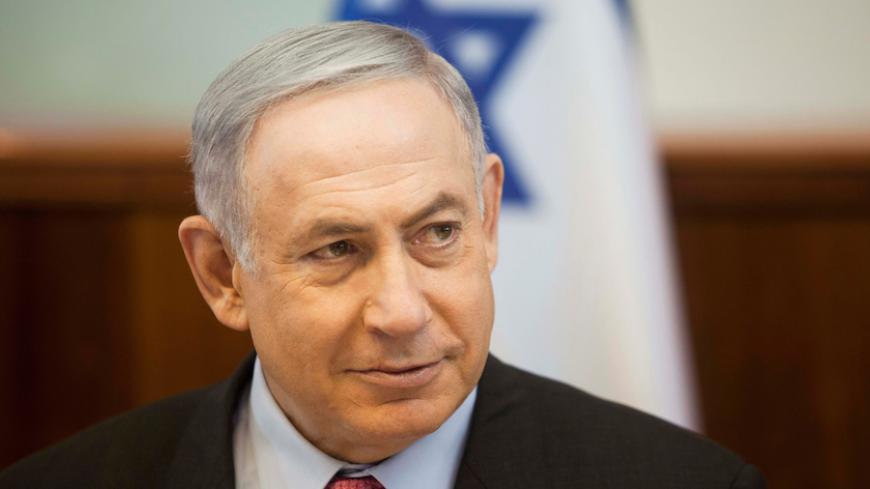 The meaning of the apology offered by Defense Minister Avigdor Liberman after the crude tongue lashing he gave President Barack Obama on Aug. 5 regarding the Iranian nuclear agreement, as well as Prime Minister Benjamin Netanyahu’s swift disavowal of Liberman's remarks, goes beyond the arena of US-Israeli relations. One can assume that the political echelon will from now on be careful in mentioning the words “nuclear Iran.” Along with its Iranian enemy, the Israeli right is soon going to be losing its “American enemy,” Barack Hussein Obama. It will take a few months and several new West Bank settlement outposts before the next US president can be portrayed as an Israel basher. So who’s left?

Netanyahu has reconciled with Turkey and has kindly suggested that Israel’s Arab citizens should prosper. Palestinian President Mahmoud Abbas is out for the count, and the Israeli left doesn’t count. How much mileage can Netanyahu get out of blasting Hamas and inciting against left-wing organizations? True, Netanyahu will always have Naftali Bennett, chairman of HaBayit HaYehudi, as a punching bag, but a partner in the governing coalition, especially a religious Jew, cannot be portrayed as a true enemy. Therefore, once again the “leftist mafia” has been designated the role of Trojan horse.

“What if all the employees of the new public broadcasting corporation are members of the Breaking the Silence organization?” Netanyahu said at an Aug. 8 meeting with representatives of the public broadcasters Channel One TV and Israel Radio, the components of the Israel Broadcasting Authority (IBA). He claimed that the matter of the new public broadcasting corporation that will replace the bankrupt IBA had “escaped his radar” while he was busy with Operation Protective Edge against Gaza in summer 2014. In other words, even as Israeli soldiers were sacrificing their lives in battles with Hamas, the left-wing monsters dug a secret tunnel under the representatives of the people in the Knesset to infiltrate television and radio studios. What could be more “left” than Breaking the Silence, the organization that collects soldiers' testimonies on the Israeli military's behavior in the West Bank and elsewhere, spreading libel against Israeli soldiers to the heathens abroad?

The public readily swallows such conspiratorial messages. A poll conducted last year by the Ifat Group ahead of the annual journalism conference in Eilat, in December 2015, found that 63% of the Israeli public is convinced that the media leans left in covering issues of diplomacy. Its study, based on a review of 1,200 news items, opinion pieces, interviews and feature stories in leading media outlets, also indicated that the pervasive view that the media serves as a mouthpiece of the left is groundless. It showed that 26% of the work reviewed expressed opposition to an arrangement with the Palestinians, and 39% of the coverage was characterized as balanced. In other words, 65% of the coverage does not lean to the left. Only 35% of leading Israeli media coverage of diplomacy-related issues tends to support an agreement with the Palestinians.

Moreover, the old left-leaning (relative to those days) party newspapers have been replaced by media outlets openly identified with the right and the West Bank settler establishment: Makor Rishon, Channel 20, the Galei Israel radio station and the weekly Besheva. The Walla news website owned by businessman Shaul Elovitch, a Netanyahu associate — so much so that Attorney General Avichai Mandelblit has banned Netanyahu as minister of communications from handling any matter related to Elovitch's telecommunication businesses — pampers the Netanyahu family with its special coverage.

Leading the ranks of the right-wing media is the free daily Israel Hayom (Israel Today), owned by Sheldon Adelson, Netanyahu's right-wing American patron. Adelson claims the Palestinians are an invented people. He also owns the NRG news website. According to TGI data on market share released July 25, Israel Hayom has widened its lead over its main competitor, Yedioth Ahronoth, with 39.7% of distribution compared to 34.9%. On weekends, Israel Hayom's distribution has almost caught up with that of Yedioth Ahronoth, 37.6% to 37.7%. Israel Hayom gives away 550,000 weekend editions.

The success of Israel Hayom has encouraged the other media outlets, chief among them Yedioth Ahronoth, to adopt a right-wing editorial line. That’s what the public wants, so that’s what the public gets. Anyone looking for up-to-date information about the expansion of the settlement enterprise and critical opinion pieces in Hebrew about the injustice of the Israeli occupation of the West Bank can only find it in Haaretz and on this website. Although Haaretz's distribution in Israel has plunged to 3.5%, an organization calling itself Reservists at the Front, which is fighting the boycott and divestment movement against Israel, has decided to launch a media campaign against the outlet. According to the organization, boycott activists around the world rely on material they compile from Haaretz's English-language edition.

This antiquated approach is in line with remarks by Sima Vaknin, director general of the Ministry of Strategic Affairs, at an Aug. 7 debate in the Knesset’s Committee on Transparency. The former chief military censor asserted that Israel’s problem is “the narrative.” The challenge Israel faces, Vaknin said, “is that the narrative told around the world not equate Israel with apartheid.” So what can be done about this? Establish an inter-ministerial team of officials tasked with “formulating the alternative narrative that Israel wishes to convey to the world.”

This is, indeed, a serious marketing challenge. It is not easy to sell the enlightened world of the 21st century an “alternative narrative,” in other words a positive one, about a state that has been holding millions of people under occupation for almost a half century, since 1967. To do so might require restoration of the censorship in place during Israeli military rule over its Arab citizens, which lasted until 1966. If it did so, then Israel would be forced to relinquish the narrative according to which it is the only country in the Middle East that sanctifies democracy and press freedom. Fifty years ago, there was no Facebook, and Twitter had not been born, both immune to every kind of censorship.

In conclusion, a challenging question for the right is as follows: If the Israeli media is so leftist, how is it that you have been in power for so many years? Or maybe the media is not so influential. After you take control of the public broadcasting and stifle all criticism of the government, you will have to find a new enemy. Hillary, take cover.