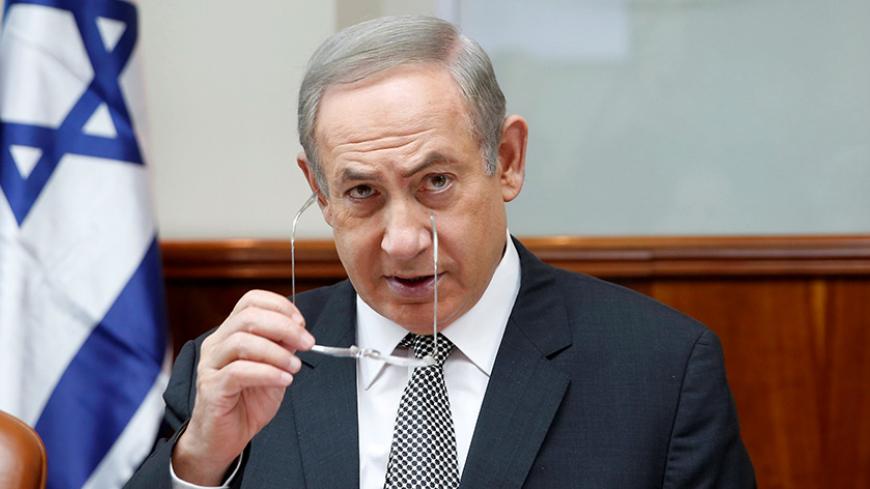 It’s too early to assess whether the scandal dubbed “Noni-Gate” — a police investigation of a deal discussed by Prime Minister Benjamin Netanyahu and Arnon (Noni) Mozes, the publisher of the mass circulation daily Yedioth Ahronoth — will result in an indictment of one of these two gentlemen, or both. One cannot rule out the possibility that Attorney General Avichai Mandelblit will accept their version of events — that negotiations over a deal in which Mozes would tone down Yedioth’s hostile coverage of Netanyahu and in return, Netanyahu would help prevent the distribution of the free Yedioth rival Israel Hayom were only designed to entrap each other. Mandelblit, who, like Elyakim Rubinstein, went from being Cabinet secretary to being appointed attorney general, could also follow in the footsteps of his predecessor in a similar past affair. Rubenstein had dismissed a case of suspected corruption against Netanyahu in the year 2000 involving gifts and suspected bribery by a contractor named Avner Amedi.

Back then, Rubinstein cited “evidentiary difficulties” in explaining his decision at the time not to prosecute Netanyahu, despite recommendations to the contrary by police and then-State Attorney Edna Arbel. Nonetheless, Rubinstein, who was subsequently named to the Supreme Court, shared with the public the “grim picture” that had unfolded before his eyes in the case. He expressed his hope that the citizens of the state would not let their politicians “scheme against the public interest.” Since then, the number of such “grim pictures” painting the Netanyahu family’s extravagant lifestyle at the expense of taxpayers keeps growing, and Rubinstein’s hopes are increasingly evaporating.

Israeli politicians are vigorously scheming on the backs of the public, virtually unhindered. The consumers of the free pro-Netanyahu daily Israel Hayom, the most popular paper in the country, read that Benjamin and Sara Netanyahu are victims of the leftist media. There’s no need for any expertise in reading between the lines of this paper funded by Netanyahu’s sponsor, American gambling tycoon Sheldon Adelson, in order to understand that Netanyahu’s talking points are delivered daily on its pages. On the other hand, the rival daily Yedioth Ahronoth and its affiliated Ynet news website used to portray themselves as unbiased media outlets guided by nonpartisan editing considerations.

From taped conversations between Mozes and Netanyahu, it seems that Yedioth, too, schemed against hundreds of thousands of its readers. A petition seeking approval of a 200 million shekel ($52 million) class-action lawsuit against Yedioth Ahronoth, submitted Jan. 15 to a court in the town of Lod, argues that representation of the paper and the Ynet website as unbiased journalistic products was a falsehood. The petitioners argued that the paper was for years guided by economic and personal considerations of the shareholders — considerations that significantly impacted the content the paper sold its readers.

An investigative 2015 report in the daily Haaretz rounds out this tableau of crony capitalism with another case, involving the popular Walla website, whose owner Shaul Elovitch has been treating the Netanyahu family to flattering stories and photos in return for promotion of his business interests.

And let’s not forget Eliezer Fishman, the former publisher of the financial daily Globes who turned the paper into a tool of his failing business empire, and even one-time tycoon Nochi Dankner, who bought the daily Maariv in order to wipe out the financial daily The Marker that dared to challenge his pyramid. And if all of the above is not enough, the prime minister and his yes man, coalition whip Knesset member David Bitan, are in the throes of efforts to eliminate the public broadcasting corporation in order to turn it into an obedient, ineffectual media outlet.

In tandem with the domestic collapse of the media’s status and the extent of its influence on the public, the prestige of the Israeli media has been declining abroad. Israel’s ranking in the 2016 Freedom House Press Freedom Index dropped to “partly free.” The drop was explained by the growing economic threat posed by the free Israel Hayom newspaper to all the other newspapers, and the intrusion of paid content by private firms and government offices into news content. In this respect, the organization singled out Ynet.

Mandelblit may end up being persuaded that the Netanyahu-Mozes back-scratching deal — “You keep me in power, I’ll keep your paper afloat” — does not verge on the criminal. Perhaps, like his predecessor Rubinstein, he will decide to let the public judge the sorry mess. Either way, Joe Public learned an important lesson in reading comprehension from this affair. He learned to read between the lines and to differentiate between “court newspapers,” tycoon newspapers and plain newspapers. Israeli democracy places a heavy burden on the journalists working for the latter kind, which cannot be overstated. They have to convince the citizens of their country that not all newspapers lead their readers astray or sell them the royal (Netanyahu) family. And just as important — that not all politicians (as Netanyahu is accused of) place orders with businessmen (sorry, with “friends”) for cigars, champagne and suits.