The owners of a Tel Aviv bookshop are tracking down the clients of a matchmaker from the 40s and the 50s, whose romantic and nostalgic stories are captivating young Israelis. 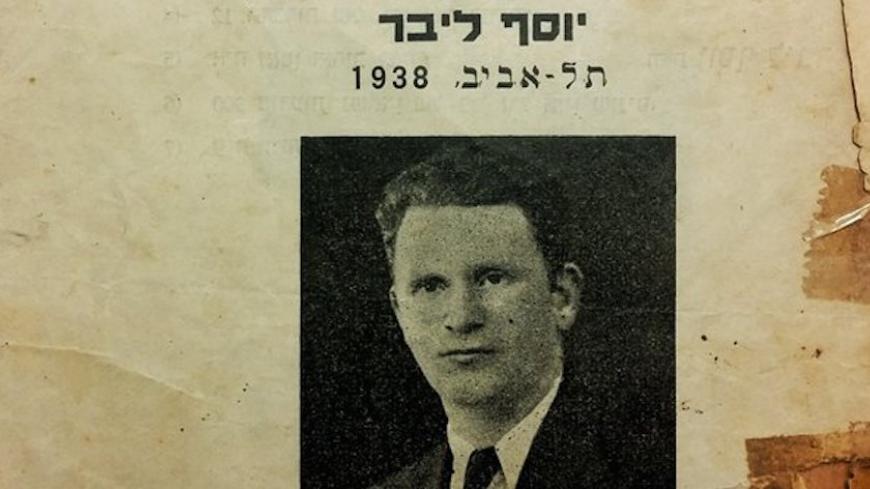 A page from the 1938 booklet by the matchmaker Yosef Lieber who operated a dating service in Israel. - Facebook/GreensBrothersBooks

"A dowry of 1,000 Israeli liras!" declares the enticing dating ad, spelling it all out underneath: "A good-looking masseuse from Germany, based in a large rural settlement, well educated and earning 10 Israeli liras a month, looking for a well-off, cultured man up to 36." This was one of 300 such ads, by men and women, published in in the 1938 booklet of the "modern, fast and famous, popular and celebrated matchmaker" Yosef Lieber, who operated a dating service in Israel in the years preceding and following the establishment of the state.

This booklet has been uncovered by Ilay and Alon-Lee Green, owners of the standalone bookstore Green Brothers in Tel Aviv. Just a few days before the Jewish holiday of love (Tu B'Av), they announced in a Facebook post: "We've found grandpa and grandma's Tinder!" They revealed that they had launched an investigation "to trace the people in the ads," saying, "We were looking for information about Yosef Lieber, but haven't come up with much."

Since making the post, they have managed to unearth a few details about Lieber, who was quite well known at the time. Yet they have a more ambitious goal. Ilay Green told Al-Monitor, "We would like to find his records and have a closer look at the matches arranged by him. We aim to reach the children and grandchildren of the couples that were brought together thanks to him." To this end, they appealed to Facebook users, seeking their help: "Please ask your grandparents if they know the matchmaker. Inquire if they ever used his services or heard about his exploits."

Their post has gotten enthusiastic responses from hundreds of readers who liked and shared it. "People identify their grandparents and tell stories," Green recounted. "I love stories like that and in fact our store [often] introduces stuff that offers a glimpse into another era. When I first saw the booklet, I thought it was just terrific."

As noted, it has not been hard to find out more about Lieber. Searching the Historical Jewish Press database of the National Library of Israel, they've gathered quite a number of press reports in various newspapers that mention Lieber the matchmaker. Haifa University historian and sociologist Oz Almog and Shay Rudin, who teaches literature and gender studies at Lewinsky College and Gordon College of Education, wrote a paper on the topic published on the sociology website People Israel "Dating Patterns and Spouse Choice in the Senior Secular Population." The authors point out that dating ads appeared in the Hebrew press very early on, although rather sporadically. Still, most references to Lieber appear in dedicated dating columns. In a January 1940 issue of HaMashkif, Lieber offered local young men a "26-year-old widow from Poland, in the country for years, nice and sympathetic, owning an established business based in central Tel Aviv as well as a plot of land and 300 Israeli liras in cash, looking for a single man or a widower, his financial standing immaterial — that could be taken care of."

Other reports in HaMashkif, as well as in HaTzofeh, announced the arrival of the matchmaker in various cities, alerting residents to rush and visit him discreetly and find a partner in life. It seems that Lieber started a new trend in the approach toward matchmaking in the country. In their paper, Almog and Rudin argued, "In the 1950s, matchmaking was seen as a sensitive, private issue, and as a rule, it was not publicly discussed. … In the 1960s the matchmaking industry expanded to a certain degree. Other dating agencies appeared on the scene and the number of dating ads in the press grew accordingly."

Another news item announced the establishment of a matchmakers organization, headed by Lieber. Another particularly intriguing report deals with the murder investigation of a young woman named Yehudith Osherov, whose body was recovered from the Yarkon River in July 1946. Lieber, who according to the report "is also a police corporal," was interrogated at length as the young woman appeared in his client records.

In February 1953, Bohemian journalist and writer Dan Ben-Amotz wrote on Lieber in his "What's Up?" column in Davar, "For 25 years now, Yosef Lieber and his wife Brunia have been trying to tackle the problem of matchmaking for the purpose of marriage. Within a single quarter of the twentieth century, some 15,000 women and 12,000 men were registered in their office." Ben-Amotz visited Lieber, who told him, "Lately, many Holocaust survivors have sought out my services. I don't charge the refugees much." Lieber noted that while he was "all for mixed-race couples," he took care to follow the customer's requirements: "If it's an Ashkenazi that you seek, an Ashkenazi you get, and if it's a Sephardic that you want, a Sephardic you take."

These days, no one would even think of specifying how much money he has or demand a dowry, not to mention any requirements regarding the desired origin of the potential spouse. At the time, wealth and origin were paramount requirements, explicitly and blatantly stated. "Today, it's the other way around," said Green. "We would rather say 'with 5,000 shekels overdrawn' or 'with a mortgage of a million shekels.' Back then, they were very practical. Nowadays, you cannot place an ad saying that you are looking for a tall, blonde nurse with a dowry."

Beyond the nostalgia, this contrast is apparently one of the reasons for the interest stirred in the booklet. Its content indicates that nothing much has really changed. Pragmatism in searching for a partner is nothing new. It characterized considerations then, as it does today. Only then, it was a different kind of pragmatism. The young generation of today is regularly criticized for its dating practices, which are condemned as promiscuous and insincere — at best taking place on dating sites and at worst through apps that glorify external appearances and more often than not end in one-night stands. But even back then, parameters for a good match were embedded in pragmatism, not romanticism. Given the blatant racism and classism in those dated ads, which never missed the opportunity to include good looks in the package, contemporary failings could be said to pale by comparison.

Green believes that compared to now, notwithstanding the apparent abundance of our time, in the past, it was easier to find a match. These days, he says, "You go through 100 Tinder profiles in a matter of minutes. The options are too confusing and you cannot make up your mind, because there will always be someone else. But then, once you've found someone who matches your requirements — then, bingo! That's it, and you are on your way to starting a family in Israel."