The Obama administration keeps condemning settlement construction even during the election campaign period, thus demonstrating that criticizing the policy of Prime Minister Benjamin Netanyahu shouldn't block the road to the White House. 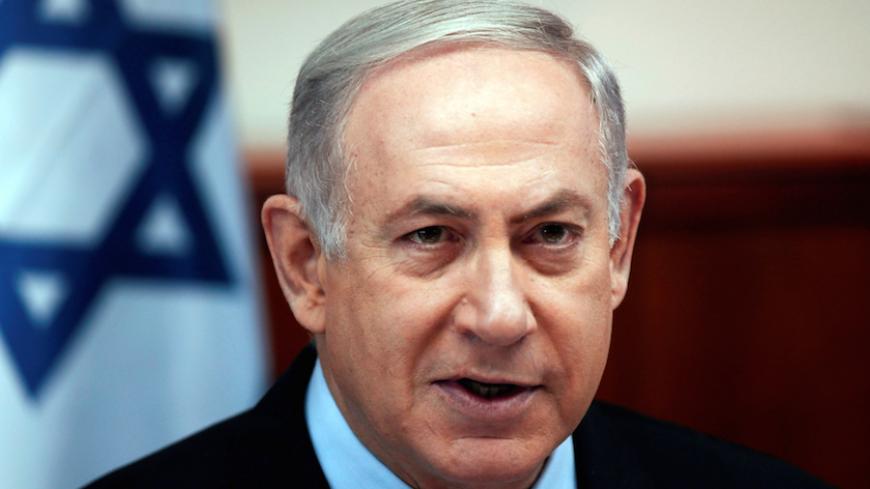 Here are two statements issued this year by US State Department spokesman John Kirby. Those who can find significant differences between the two will win a guided tour of the Jewish quarter of the West Bank city of Hebron conducted by the anti-occupation organization Breaking the Silence.

Kirby said, “We strongly oppose settlement activity, which is corrosive to the cause of peace. … We remain troubled that Israel continues this pattern of provocative and counterproductive action, which raises serious questions about Israel's ultimate commitment to a peaceful, negotiated settlement with the Palestinians. … This is part of an ongoing process of land seizures, settlement expansion, legalizations of outposts, and denial of Palestinian development that risk entrenching a one-state reality of perpetual occupation and conflict.”

The other statement was issued Jan. 8 following a decision by then-Defense Minister Moshe Ya'alon authorizing the establishment of a new settlement in a former church compound (Beit Bracah), thereby expanding the Etzion settlement bloc southward.

“Along with the regular retroactive legalization of unauthorized outposts and construction of infrastructure in remote settlements, actions such as this decision clearly undermine the possibility of a two-state solution. … Continued settlement activity and expansion raises honest questions about Israel’s long-term intentions and will only make achieving a two-state solution that much more difficult,” Kirby said.

Indeed, it would be hard to find differences between these two statements even under a magnifying glass. Headlines claiming “unusually harsh condemnations” have been popping up for decades. Only the pace at which new housing units appear in the West Bank and East Jerusalem is comparable. Nonetheless, there is a significant difference between the condemnation of Israel issued by the Obama administration in early January and the protest against Israel it delivered on the day the president embraced Democratic presidential candidate Hillary Clinton. That difference had to do with Clinton and her husband; even as President Barack Obama declared that there is no person more qualified than Clinton to serve as president, the cameras spotted a button former President Bill Clinton was sporting on his lapel, which said “Hillary” in Hebrew letters.

Top US administration officials are not in the habit of shooting announcements from the hip, especially when it comes to harsh condemnations of Israel. This is especially true at the height of the courting season of Jewish donors and voters and of non-Jewish pro-Israel advocates. Diplomats and politicians in Jerusalem were counting on the US administration currying favor with them during the three intense months of the campaigning leading up to the elections. That’s why such seasons are suitable for new construction in the West Bank and for the retroactive authorization of existing illegal outposts to which authorities have turned a blind eye. Conventional wisdom has it that the pressures on Israel will be put off until Nov. 9, at which point they will resume with a vengeance and continue — at least — until the next president — male or female — moves into the White House.

Why then, at the height of efforts to resolve the dispute with Prime Minister Benjamin Netanyahu over the US security aid deal, did the US administration decide to provoke Netanyahu and risk angering pro-Israel voters? Especially given that most of the new housing units recently approved are located in the area of Jerusalem-at-large, which is supposed to be annexed to Israel as part of the two-state solution?

I propose three answers to this question.

The first lies in the difficulty of the US administration to turn a blind eye to Israel’s demolition of Palestinian homes that had the misfortune to be built in Area C of the West Bank, which is under the sole control of Israel. Several hours before the July 27 condemnation by Kirby, the envoy of the European Union to Israel accused Israel of growing violations of international law and universal justice. Ambassador Lars Faaborg-Andersen said at a public Knesset debate that Palestinians are forced to build homes without permits because Israel consistently rejects their permit requests. According to Faaborg-Andersen, last year Israel did not approve a single Palestinian building permit request. He noted that 70% of Area C had been taken over by Israel, especially by including its lands in the jurisdictions of local settlement councils.

Natalie Grove of the UN Office of the High Commissioner for Human Rights claimed at the debate that Israel’s policy has resulted in a lack of basic health services for half the Palestinian communities in Area C, many of whom are not even hooked up to power lines or running water. Grove, too, accused Israel of undermining efforts by the international community to help residents deal with their distress. Since the beginning of the year, the Israeli civil administration in the West Bank has demolished 91 structures built with European Union funds.

Even Knesset member Yehuda Glick (Likud) of the extreme right, the only member of the ruling coalition who accepted an invitation to the debate, did not remain unmoved. “I am greatly saddened by some of the things I heard,” Glick said. “Especially as someone who believes the settlement enterprise is just and moral — if we don’t adhere to the principles of morality, we are in really big trouble.”

An additional explanation for the harsh condemnation has to do with attempts at a rapprochement with Israel by Egypt, Turkey and Saudi Arabia. The Obama administration has been encouraging leaders of these three countries to warm ties with the Netanyahu government in the hopes that this would lead to a resumption of stalemated negotiations with the Palestinians. An additional building permit in the settlements is a slap in the face to loyalists of the 2002 Arab Peace Initiative and yet more disregard for Obama.

The last, and perhaps most important explanation, lies in a comprehensive 2013 Pew Research Institute poll, according to which no more than 17% of American Jews believe that continued construction in the settlements contributes to Israel’s security. During the 2008 campaign for the Democratic presidential nomination that he waged against his fellow senator Clinton, Obama told Jewish activists in Chicago that in order to be a friend of Israel’s, one is not obliged to be a member of the Likud. After eight years in office, he may have concluded that in order to be a friend of Israel’s, he is obliged to send the Likud to the opposition benches.