Israel is actively pursuing a strategy of economic expansionism in Area C, making the Oslo Accord’s plan for a future Palestinian state not feasible. 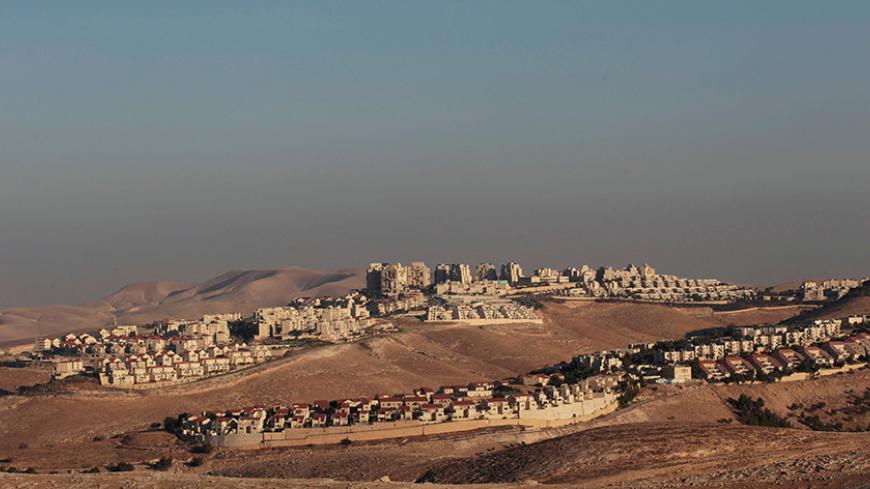 A view of the West Bank Jewish settlement of Ma'ale Adumim is seen near Jerusalem, July 25, 2013. - REUTERS/Ammar Awad

The Palestinian Authority (PA) is today more concerned with what they define as the gradual annexation of Area C in the West Bank (61% of the territory in which Israel, according to the Oslo Accord, has full civil and security jurisdiction) than with the settlements expansion.

Talking to Israeli Knesset members on July 27, EU Ambassador to Israel Lars Faaborg-Andersen claimed that 70% of Area C land, which makes up 42% of the West Bank, has been designated Israeli land. He said that between 2009 and 2013 only 44 housing permits have been granted to Area C Palestinians.

A senior PLO official told Al-Monitor on condition of anonymity that the Palestinian leadership plans to launch a struggle, initially through an international diplomatic campaign, against the Israeli de facto annexation of major parts of the West Bank. “Almost half of Palestine is in Israeli hands, and half a million settlers live east of the Green Line. We will use all measures to prevent the annexation of the West Bank. The situation has significantly worsened since Avigdor Liberman is minister of defense,” he said.

The European Union is very much aware of this process. A senior European official close to Federica Mogherini, the EU's high commissioner for foreign affairs and security policy, told Al-Monitor on condition of anonymity that Brussels and the main EU capitals are very alarmed by the de facto annexation and are planning to take certain steps to halt this dangerous process. Such a plan should ultimately be negotiated with the parties themselves and also presented to the Quartet.

The official said that the plan would call for developing the Palestinian economy in Area C, in fields such as civilian housing, agricultural projects and tourism near the Dead Sea. The EU will contribute financially to these projects. With time, according to the official, Israel should transfer 20% of Area C to Palestinian civilian jurisdiction (Area B). Israel will also be asked to halt its economic expansion in Area C — namely, the increased presence and development of Israeli factories, agriculture and tourist industries. In the Oslo Accord, Area C is also specifically designated for settlements and Israeli military areas.

The official stated that the current situation, thoroughly analyzed in the Quartet report, is a breach of the Oslo Accord and endangers the two-state solution. The EU at the highest levels is raising the issue with US Secretary of State John Kerry, who apparently shares this concern. The official said, “The political stalemate has led to the creation of facts on the ground that predetermine the nature of the permanent status. The EU cannot reconcile with a policy that makes the establishment of a Palestinian state impossible.”

A senior Israel Foreign Ministry official disputed this interpretation of the Oslo Accord. He claims that civilian responsibility in Area C allows for Israeli economic presence, and the fact that there is a political stalemate is the fault of the Palestinians who refuse bilateral and unconditional negotiations.

He told Al-Monitor that similar proposals, on a more limited scale, were raised in the past by Kerry, yet these proposals included demanding the PA to stop incitement to violence and to intensify security cooperation. “When the Palestinians put an end to all incitement to violence, we are ready to discuss with the EU economic confidence-building measures also in Area C,” he said.

Prime Minister Benjamin Netanyahu knows only too well what Abbas cannot deliver; for Netanyahu, diplomacy is a mere blame game.

The issue of Israeli settlements and economic expansion is of critical importance. Another year or two of such Israeli policies and the process of de facto annexation becomes irreversible.

The EU suggestions are useful and should be adopted by the US administration when the diplomatic stage moves to New York in September, with the annual UN General Assembly. In the meantime, the Netanyahu government is actively building a binational state, in which Palestinians have very limited rights.

This is an aberration of the Oslo Accord. Area C was intended as the land reserved for a future Palestinian state, but it has become the land that prevents it.