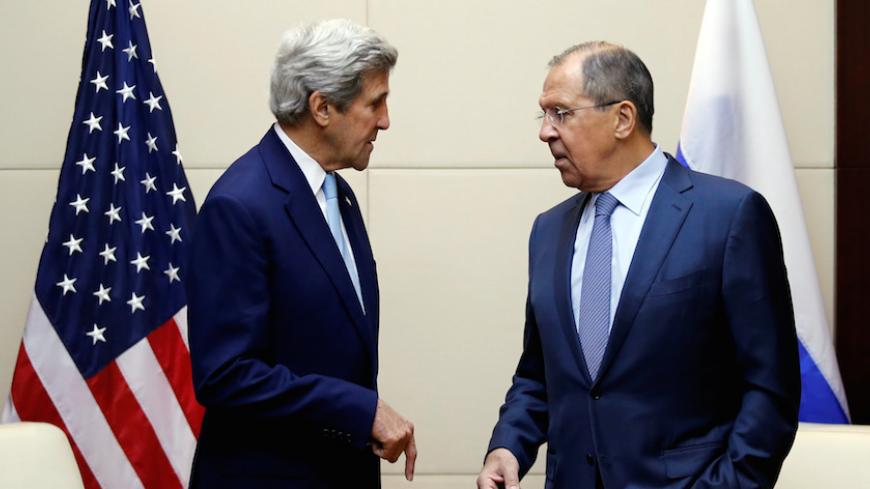 Last week, Iranian Foreign Minister Mohammad Javad Zarif spoke on the phone with Russian Foreign Minister Sergey Lavrov about regional issues. Zarif also was the first Iranian official to visit Turkey after the attempted coup in July. Zarif met with Turkish Foreign Minister Mevlut Cavusoglu and President Recep Tayyip Erdogan. During a press conference with Cavusoglu, Zarif said, “It’s true there are differences, but the two countries have always insisted on the territorial integrity and national unity of Syria. On matters in which we have differences, we must talk and resolve them.”

On Aug. 14, Mikhail Bogdanov, Russia's deputy foreign minister and President Vladimir Putin's special envoy to the Middle East, arrived in Tehran to discuss the region and Syria with his Iranian counterpart, Hossein Jaberi Ansari, and Zarif. After the meeting, Ansari spoke to the Iranian media about Syria. He said that as a result of Zarif’s trip to Turkey, Iran and Turkey reached "a general agreement” on fundamental principles on protecting the territorial integrity of Syria and the formation of a pervasive and national government. Ansari said that while these are general agreements, they can be “the beginning steps of resolving the Syria crisis.”

In response to a reporter's question on whether or not Russia, Iran and Turkey are forming a new axis in Syria, Ansari said that such a grouping would inflame the sensitivities of the various actors involved in the country. Rather, he said, Iran is pursuing a consensus of the influential countries involved. He said that Iran is not after a closed coalition, but would prefer a “type of understanding of shared principles with other regional and international players.”

On the current battles between opposition groups and the Syrian government in Aleppo, Ansari said, “Terrorist groups have a number of times tried to capture the city.” He described the situation in which a large segment of the population has been forced to flee a “humanitarian disaster” and said that Iran and Russia would attempt to bring the situation in Aleppo to an end so that people could return to their homes.

Ansari did not get into greater detail on the talks or the solutions to resolving the situation either in Aleppo or Syria. Russian Defense Minister Sergei Shoigu told a Russian news agency Aug. 15 that the United States and Russia are close to an agreement on joint military action in Aleppo. If true, this would be a major shift in the war. Russia’s entrance into the Syrian civil war to back the Syrian government and Iranian and Hezbollah forces has been a huge blow to opposition forces backed by Turkey, the United States, Saudi Arabia and Qatar. The airstrikes by the United States so far have been limited to al-Qaeda and Islamic State groups, while Russia has targeted with airstrikes a larger number of opposition groups backed by regional countries.

Ansari said that he will soon travel to Moscow and Ankara to meet with officials from each country to continue negotiations and consultations regarding Syria and the region.

Turkish Prime Minister Binali Yildirim said Aug. 15 that after resolving differences with Israel and Russia, the time has come to improve relations with Syria. However, one of the conditions that Yildirim proposed was that in a future Syrian government, no one sect would have dominance over the other and current President Bashar al-Assad would not have a position in the long term.