In battle for Aleppo, Syria may be at stake

The future of the Syrian revolution could be at stake as regime forces and rebels fiercely battle over control of Aleppo for strategic and symbolic purposes. 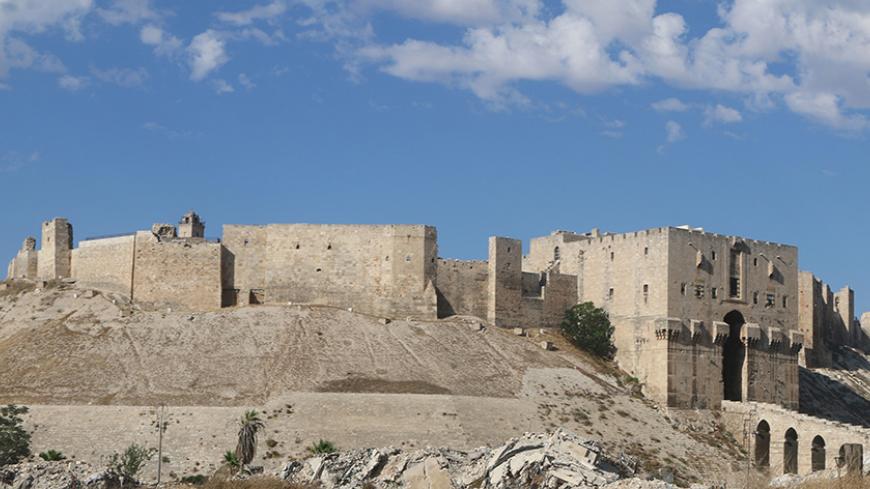 ALEPPO, Syria — At least a dozen people, mostly women and children, were killed July 14 as the Syrian government continued to pound rebel-held areas of Aleppo with airstrikes in a battle for a strategic supply route.

Fierce battles have been raging on a daily basis on the outskirts of Aleppo between regime forces and the Syrian opposition. Fighting escalated after the government launched a major offensive July 7 against the rebel-held sector in al-Mallah, which directly overlooks Castello road, the last remaining supply route between Aleppo and its northern and western countryside. Regime forces were able to control and block the road.

Some 400,000 people still reside in Aleppo, according to Aleppo’s local council statistics.

In an effort to recapture the positions taken by the regime and lift the siege on Aleppo, rebels carried out a counterattack July 9. Opposition fighters initially retook all the positions they lost to the regime in al-Mallah, but were forced to retreat to defensive positions under the heavy bombing targeting al-Mallah and its surrounding areas.

The city of Aleppo represents the essence of the conflict between the regime and the Syrian armed opposition. Aleppo is significant for the regime because it is Syria's largest city and the country’s economic hub. Before the outbreak of the armed conflict in July 2012, 6 million people lived in Aleppo province.

By gaining a foothold in Aleppo, the regime is trying to make not only military gains on the ground, but also political leverage to use against the Syrian opposition and its international backers. That leverage could come in handy soon, as United Nations Syria envoy Staffan de Mistura hopes to resume talks between the two sides this month.

The Times of London said winning the battle for Aleppo would mean winning the war for Syrian President Bashar al-Assad. The importance of Aleppo for the regime and its allies was also highlighted by Lebanon's Hezbollah leader Hassan Nasrallah, who said in a June 26 speech that the fight for Aleppo is Hezbollah’s main battle in Syria.

As for the Syrian opposition, Aleppo is one of its two strongholds in northern Syria — the other being Idlib. Idlib is currently controlled by the rebels and other Islamic factions, most importantly Jabhat al-Nusra and Jund al-Aqsa.

Losing Aleppo would subject the opposition to more pressure from its international backers, such as Saudi Arabia and Turkey, which would lose faith in the opposition’s potential.

Syrian politician and journalist Ammar Bakour told Al-Monitor, "On the military level, whoever emerges victorious from the battle [for Aleppo] will come closer to a nationwide victory. If the opposition wins, it would take the battle to Hama in central Syria and the regime would lose hope of gaining a foothold in northern Syria. As a result, the opposition would garner wider support from Syrians at the expense of a morally and militarily collapsed regime."

Bakour added, “Whereas if the regime achieves victory in Aleppo, the Syrian revolution would suffer greatly and come under threat, as the regime would not stop at Aleppo but would continue its advance to Idlib … thus jeopardizing the course of the revolution. Therefore, the battle of Aleppo is crucial for both sides.”

The battles in Aleppo are far from subsiding, as the city’s symbolic and strategic importance will drive both the regime and the rebels to put forth more effort to seize control of the city and its countryside.