Can Israel close US aid deal before US elections?

Prime Minister Benjamin Netanyahu is being pressured by his associates and the security system to conclude the US security aid deal with the current administration. 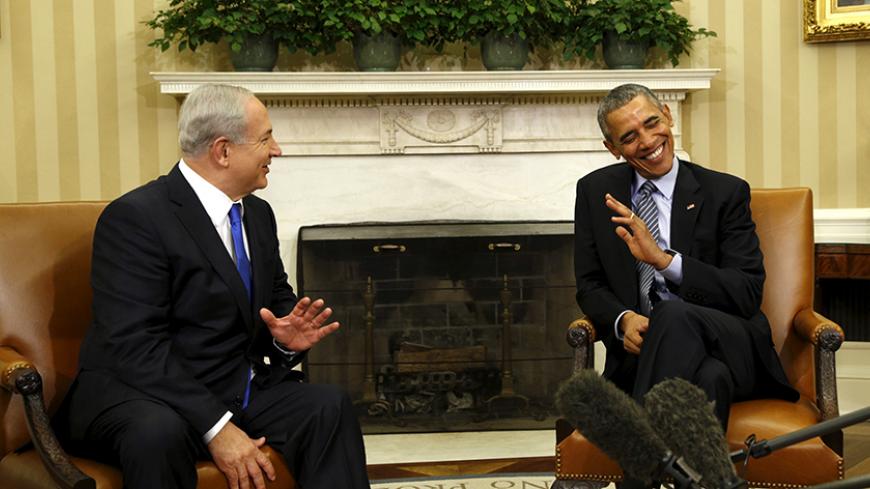 If there are no tumultuous last-minute developments, the US aid agreement with Israel for the next decade (2018-2028) will be finalized next week, or soon after in August. While Prime Minister Benjamin Netanyahu has been spending the last year toying with the idea of postponing the signing until the next president takes office, he has finally been forced to give up on this. Now he has no choice but to sign the agreement with his mortal enemy, US President Barack Obama.

Just to reach this final agreement, Netanyahu had to climb down from several trees he had climbed up earlier and accept the Americans’ latest decree within the framework of the new agreement: Israel will no longer be able to exchange 26% of the aid money for shekels and then spend the money on acquisitions from Israeli defense industries. The Americans are aiming to reach a situation in which all aid money to Israel (about $3.7 billion per year) is spent in the United States. This would be a big boost to American industry and contribute to the administration’s war on unemployment. Netanyahu was forced to grit his teeth and agree.

The person who spearheaded these compromise efforts was Israel’s Finance Minister Moshe Kahlon. For at least some of the time, Kahlon spoke directly with the Americans about it. There was a strategic obstacle along the way, when former Minister of Defense Moshe Ya’alon was removed from his position and resigned from the government. Ya’alon was one of the most significant factors behind efforts to sign the agreement as quickly as possible. Just a few days later, however, it became clear that Ya’alon’s successor, Avigdor Liberman, shared the same position. He believed that Israel should do everything it could to close the deal and sign an agreement with the current US administration, reasoning that there is no telling what the situation will be like in the next administration. While Israel’s defense establishment needs money, it needs certainty and stability even more. These will only be obtained if the agreement is signed over the next few weeks.

Kahlon was able to obtain one significant compromise from the Americans. For the first five years of the agreement, Israel will still be allowed to exchange 26% of the aid moneys for shekels. This benefit will be cancelled gradually, starting in the sixth year, and only be completed at the end of the decade (2028). Kahlon told the Americans that the Israel Defense Forces (IDF) recently completed a multiyear development plan with the Ministry of Finance and that this plan relied on American aid money as originally distributed. He asked the Americans to consider this constraint and to agree to the gradual implementation of the new policy until the IDF’s new multiyear program is completed in the next five years.

The Americans consider Moshe Kahlon to be the “responsible adult” in the Netanyahu government, so they agreed. Kahlon is, in fact, considered the most pragmatic force in the current coalition. He has no qualms about transferring tax money that Israel owes to the Palestinian Authority (PA), even in the most troublesome times. He withstands all pressure from the right and even the prime minister’s demands that these transfers be frozen. Kahlon fully understands what the defense establishment has long been trying to explain to the political class. Drying up the cash-strapped PA could propel its security forces to engage in terrorism. There is no reason to let that happen.

The coalition between Kahlon and Liberman, coupled with the pressure for over a year now by the security apparatus on the political echelon to close the deal with the Americans, has ultimately brought about Netanyahu's surrender.

On the evening of July 25, the prime minister posted a rather lengthy video in which he delivered a bizarre apology speech to Israel’s Arab population. Netanyahu had already offered a hasty apology to Israel’s Arab population following his racist comment last election day (2015), when he warned his electorate that Israeli Arabs ''are voting in droves.'' At the time, Jerusalem received an ultimatum from the United States, demanding that Netanyahu make a far-reaching apology. In response, the prime minister quickly assembled a makeshift group of Arab officials and stammered out a brief admission that he was wrong. Now, without any prior warning, he suddenly posted a rather lengthy speech (almost three and a half minutes) praising Israel’s Arab population and calling on them to get an education “in droves,” to work “in droves” and to prosper “in droves” in the State of Israel.

The prime minister’s office also posted an English-language version of the video clip. Both the Hebrew and English versions are accompanied by an opening sentence in Arabic. Political sources believe that this was part of Netanyahu’s effort to clinch a package deal centered on the new aid agreement with the US administration.

Netanyahu has recently switched policies, too, and allowed Kahlon to grant permits to thousands of construction workers from the PA so that they can work on projects in Israel. Furthermore, Defense Minister Liberman announced July 25 that the defense establishment was preparing a new bundle of measures to alleviate restrictions on Palestinians who are not involved in terrorism.

“We are talking about a comprehensive deal,” one senior political source in Jerusalem told Al-Monitor on the condition of anonymity. “Netanyahu is trying to clear the table and move toward the demands made by Obama’s people in the hope that the aid agreement will be finalized. For the same price, Netanyahu is trying to assuage any desire for retribution that Obama might still nurture. He is also trying to increase his own chances of getting through the Obama era in peace, without any new diplomatic initiative, a formative presidential address or some problematic Security Council resolution.

Right now, the chances of Netanyahu succeeding are reasonable. Within President Obama’s circles, there is, as of yet, no decision as to what the final chord of his administration’s Middle East policy will be. Some are pressuring Obama to reveal the draft of the framework agreement (as reported in previous articles in Al-Monitor) that he reached with Netanyahu and his staff, or to allow the French to bring their own initiative to the Security Council and then not veto it. Obama will only decide what to do at the very last minute.

The question now being asked in Israel is which of the two temperaments will ultimately triumph. Will it be Obama’s desire to get back at Netanyahu, who taunted him for the last eight years and dragged him into ugly and unnecessary mud-slinging matches? Or will it be Obama’s cool, collected temperament, which will keep him from reshuffling the deck and shaking everything up just moments before he exits the arena?

People close to Netanyahu say that Obama has no plans to disappear. Even after he leaves office, he will remain an active and influential figure in America. It could, therefore, be worth it for him to maintain a reasonable relationship with the Israeli government.