An off-the-record comment by Israeli Defense Minister Moshe Ya'alon rallied a statement of support from the White House for US Secretary of State John Kerry's peace efforts. 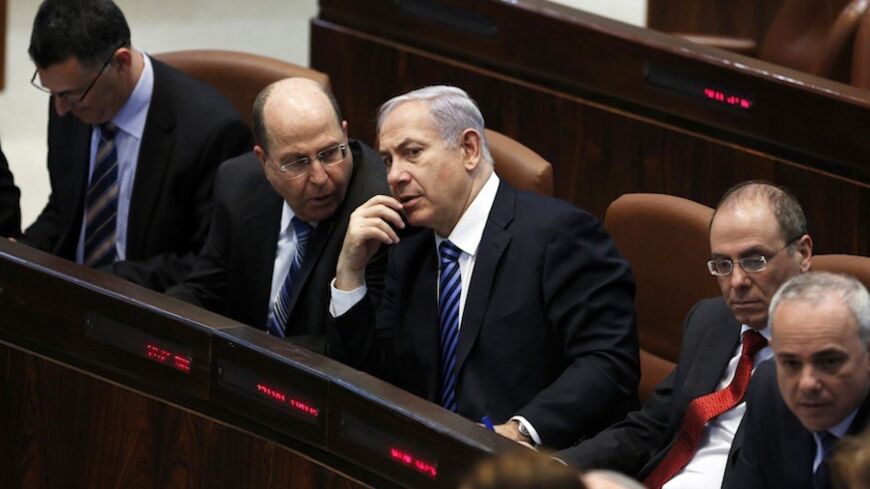 Since US Secretary of State John Kerry began his pursuit of an agreement between Israel and the PLO last year, one central question has been hovering over his effort and retarding its effectiveness — how committed is US President Barack Obama to Kerry's effort to make peace?

Recent injudicious comments by Israeli Defense Minister Moshe "Bogie" Ya’alon, certainly without intending it, pushed the White House into its most spirited public defense yet of Kerry’s effort — a move that is sure to gladden the hearts of those who are seeking proof of Obama’s support and to depress Kerry’s opponents in equal measure.

This unusual, public demonstration of American pique has succeeded in squeezing a public apology from Ya’alon, who after a two-hour meeting with Prime Minister Benjamin Netanyahu offered a midnight mea culpa:

“The defense minister had no intention to insult the secretary, and he apologizes if the secretary was offended by words attributed to the minister."

In the hours before Ya’alon’s statement, State Department officials put the best face on the “offensive and inappropriate” remarks by Israel’s top security official not only on the substance of the Kerry effort (“not worth the paper it's written on”) but on Kerry himself (“messianic” and “obsessive”). One  official suggested that if Netanyahu, by choice or compulsion, repudiated Ya’alon’s remarks, Israel’s "own goal" could be turned to Kerry’s advantage.

The secretary needs all the help he can get. Ya’alon’s comments were unusual only in that they were publicly attributed to him.  One week ago the pro-Likud daily Israel Hayom reported “senior diplomatic officials” — now understood to be Ya’alon — criticizing Kerry’s Jordan Valley security ideas as “ridiculous” and deriding Obama’s envoy as “out of touch with reality.”

Ya’alon isn’t alone in such harsh assessments. He represents the majority view of Israel’s top political and security establishment who question not only Obama’s commitment to Kerry’s efforts but, just as importantly, who opposes the basic direction of his policies on Palestine and Iran.  See for example, Al-Monitor’s interview with the deputy minister in the prime minister's office, Ofir Akunis.

The strategic divide between Jerusalem on these two issues — that is to say, almost everything on today’s agenda — is wider than at any time in the last 40 years. In both arenas — Iran and Palestine — Netanyahu sees US policy as frustrating Israel’s efforts to take advantage of Arab/Palestinian weakness and Iran’s isolation.

To be fair, and notwithstanding the recent contretemps, Netanyahu and his colleagues have good reason to believe that they can frustrate American initiatives in both arenas. The administration itself, by its own actions, has created widespread doubts, and not only in Israel, about Obama's staying power. The settlement freeze fiasco is case in point. US officials may prefer to simply forget this sorry and embarrassing episode in what was initially envisioned as the signature achievement of the new Obama administration, but its failure proved an object lesson for Netanyahu and leaders like Ya’alon who successfully stared down the US effort and saw that they did not suffer for their victory.

If it worked on Itamar, who can blame Ya’alon or Netanyahu for believing that it can work on Natanz and the Jordan Valley? Israeli leaders have not been hesitant to incite against Obama’s policy on Iran, even in Washington itself, and have done little more than humor Kerry’s efforts on Palestine when they are not dismissing them as out of touch and amateurish.

Quoting Sharon, Netanyahu warned: "Do not repeat the dreadful mistake of 1938, when enlightened democracies in Europe decided to sacrifice Czechoslovakia for a convenient temporary solution. Do not try to appease the Arabs at our expense. We will not tolerate it."

While there is no doubt whatsoever of President Obama’s commitment to rapprochement with Iran, Palestine is something else indeed. Israel has yet to conclude that Kerry’s effort, as intensive and “messianic” as it is, has the imprimatur of the White House. Why, then should Netanyahu address it seriously and put concessions in Palestinian Authority Chairman Mahmoud Abbas, (Abu Mazen) pocket when it is not clear that the President is determined to win?

As the dispute with Ya’alon unfolded, the administration did itself no favors. US Vice President Joe Biden’s comments to Netanyahu kept to the high road. Reports citing “a senior US official” noted that Biden “made it clear that the United States places extremely high value on reaching an agreement that produces two states living side by side in peace and security, but also just underscoring how important Israel’s security requirements are for us.”

Keeping to the high road didn’t make much of an impression. Nor did the biting criticism from the State Department.

Both Netanyahu and Ya’alon in remarks made throughout the day offered a clear demonstration of the continuing disconnect that characterizes relations between Washington and Jerusalem. At some point the White House felt compelled to join the battle to make clear to Netanyahu that Obama himself was asserting ownership of the dispute. Spokesman Jay Carney declared: "To question Secretary Kerry's motives and distort his proposals is not something we would expect from the defense minister of a close ally."

A White House expression of unconditional support for Kerry is the last thing Netanyahu wanted to hear, but that is exactly what his actions produced.

The apology that the White House demanded was soon forthcoming … sort of. The statement issued in Ya’alon’s name — not by Ya’alon himself — contained no hint of any reconsideration of Ya’alon’s ringing critique of Kerry’s effort or the policies it has produced.

The Ya’alon tempest offers an illuminating but manageable peek into the American-led process. Kerry’s State Department is now focused on creating a diplomatic instrument — the framework idea — to ensure that negotiations continue beyond April and keep Abu Mazen from turning to the UN.

This time, the White House got the apology it demanded. It will have to demand much more if Obama’s desire for an agreement is to be realized.