Ben Caspit retraces the career of Moshe “Bogie” Ya’alon, the expected choice for defense minister in the new Israeli government. 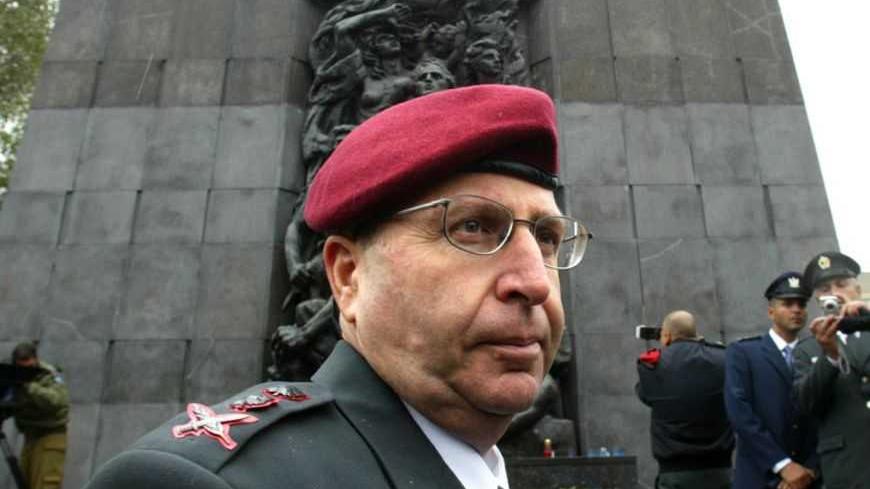 Moshe Ya'alon, then-chief of staff of the Israeli army, stands in front of the Warsaw Ghetto monument, May 18, 2005. - REUTERS/Katarina Stoltz

Shortly before the Knesset elections of 2006, Ada Ya’alon mailed a personal letter to dozens of her friends. It was a long missive of about 3,000 words, philosophical, ideological and incisive. She wanted to convince her friends, almost all kitbbutz members and part of Israel’s historical Labor movement, “to transcend the psychological barrier” and not vote for Kadima or the Labor Party in the upcoming elections. She tried to persuade them to commit the inconceivable and vote Likud. She explained fervently and at length what had happened to the Israeli left over the past few decades, and how it had fallen captive to the impractical, utopian idea of a permanent peace with the Arabs. By doing so, she explained, the left had sacrificed its real, humanistic values, such as women's and minority rights.

Ada Ya’alon is the wife of Moshe Ya’alon, Israel's vice prime minister, minister of Strategic Affairs and former military chief of staff. Barring any dramatic last-minute changes, he will also be the next defense minister of the State of Israel. Ada's disillusionment happened even earlier to her husband Moshe, and what happened to the Ya’alons happened to large swathes of Israel’s historic peace camp.

The movement fell apart once the dream came crashing down, and its shattered fragments flew off in every conceivable direction. The camp which once encompassed about half of the Israeli electorate now holds something like fifteen or twenty seats in the Knesset (Meretz and Livni’s HaTenua Party, plus small groups of Lapid's Yesh Atid and Labor voters).

It’s not that the Israeli public stopped wanting peace. They still want it. They simply stopped believing that it is possible. They stopped thinking that there are people on the other side who would agree, at some point, to accept the existence of a Jewish state in the region. This crisis of trust was the result of Oslo, the Second Intifada, the Hamas coup in Gaza and the Palestinians’ refusal to accept the proposals of former prime minister Ehud Barak, former US president Bill Clinton, former foreign minister Tzipi Livni and former prime minister Ehud Olmert. It is more than just an ideological or political crisis. This crisis is emotional.

If US President Barack Obama and US Secretary of State John Kerry want to analyze and understand what happened, or maybe even resuscitate Israel’s endeavors to achieve peace, they should consider the Ya’alon family's case. Moshe “Bogie” Ya’alon was born sixty-three years ago in “Red” Kiryat Haim, a traditional bastion of the Mapai Party (which merged later with the Labor Party). He was a member of the socialist HaNoar HaOved youth movement, which nurtured successive generations of Labor Party members. He was also a member of the core group that helped to establish a kibbutz (Kibbutz Ya’alon, and he even changed his name to reflect that), and he is a member of another kibbutz (Grofit) to this very day.

Ostensibly, Ya’alon is a paragon of all that the Mapai Party represents, and he should now be occupying the seat of Labor Party chair Shelly Yachimovich. Brave and daring, Ya’alon was an outstanding warrior who served as commander of the Matkal commando unit and spearheaded the raid in Tunis which resulted in the assassination of Arafat’s number-two man, Abu Jihad. According to the foreign press, it was Ya’alon himself who shot Abu Jihad at point-blank range. That’s exactly how Israel likes to see its favorite sons: with one hand on the sword and the other hand clutching an olive branch.

When he was head of military intelligence, Major General Ya’alon got into some trouble over an awkward statement he made on the eve of the 1996 elections, when he said, “Iran is trying to influence the Israeli elections and is behind the current wave of terrorist attacks.” This assertion was perceived as distinctly political, and thought to be intended to help then-prime minister Shimon Peres win the election in those days of rage manufactured by Hamas and Iran, when rivers of blood swept across the country. Then Peres lost. Benjamin Netanyahu became the next prime minister, and Ya’alon went over to the other side.

The one factor that influenced Ya’alon more than anything was his military service in intelligence. It was as head of military intelligence that he had his first up-close encounter with what the other side really thinks, instead of seeing it through the filters of various interested parties. It was a sobering experience. He later waged a bitter battle against former prime minister Ariel Sharon’s Disengagement Plan, which he continues to curse until today.

He then went into politics, serving as Netanyahu’s sidekick, though until recently, Ya’alon was considered Bibi’s "unwanted stepson." He was someone that Bibi couldn’t really rely on, someone that he couldn’t trust enough to be his partner in crime. Most of all, he was someone who posed a potential political risk at some point in the future. Maybe he had no choice in the matter, but Netanyahu has since been weaned of his paranoia over anything to do with Ya’alon. The current assumption is that the appointment to the position of defense minister is already in his pocket.

At his core, Ya’alon is not an extremist. He is serious, prudent, alarmingly thorough, stoic, honest and stubborn. The greatest trauma he experienced was being deposed as chief of staff, or more precisely, the government’s (then-prime minister Ariel Sharon and then-defense minister Shaul Mofaz’s) decision not to extend his term by granting him the customary fourth year in the position. That happened on the eve of Israel’s withdrawal from Gaza, and it may be the reason Ya’alon became one of the most vocal critics of the Disengagement Plan and more generally, someone who despises irreversible unilateral steps of that sort. Yes, he also had professional arguments against it, but combined with the personal blow that he endured, it all becomes part of a clear agenda.

On the other hand, he is open-minded. Ya’alon is not a conniver, nor does he get involved in any underhanded tricks. In that respect he is the polar opposite of his predecessor, former defense minister Ehud Barak. With Ya’alon, what you see is what you get. He says what he thinks, and thinks what he says. He doesn’t try to trick anyone, he doesn’t try to sell them second-hand goods and he doesn’t make promises that he cannot keep. Given enough time, he can convince anyone that there is no reason to make amends with the Turks. At the same time, however, he can also be convinced to change his opinion.

When it comes to Ya’alon, people must tread carefully, establish trust and build a relationship. It won’t be easy. Ya’alon already was on the other side. He was raised and educated on the Labor Party’s teachings and the values of the peace camp, which is why now, as an apostate, he will be a lot harder to convince. But again, at his core, he is not an extremist. He would be willing to give a lot to achieve peace, if only it were possible. The one problem, which we have already mentioned, is that he doesn’t believe that there is anyone to make peace with at this point in time.

But there is something else as well. Ya’alon is considered one of the most moderate voices in the cabinet and the Octet in all matters pertaining to Iran. He is one of the ministers who consistently opposed any Israeli military adventurism (as did former minister Ze'ev Binyamin Begin, Minister of Atomic Energy and Intelligence Dan Meridor and former interior minister Eli Yishai). Ya’alon believes an Israeli attack to be both feasible and necessary, but only when the time is ripe and Israel is positioned to win. During the last term, he was not convinced that we had reached that point.

Meanwhile, the number of centrifuges is increasing and they are spinning faster and faster, so it will be interesting to hear what he thinks in this next round. Spring is already here, and if the Americans want to head off any new allergies, they should invest in Ya’alon. They should convince him that they don’t intend to leave Israel abandoned along the side of the road in a few more months, once it becomes clear that the Iranians are moving full steam ahead in their efforts to build a bomb and the Americans are too tired to act.