In an interview with Al-Monitor, Ofir Akunis says he agrees with Israeli Defense Minister Moshe Ya'alon about US Secretary of State John Kerry's approach to the peace process, but would have said it differently. 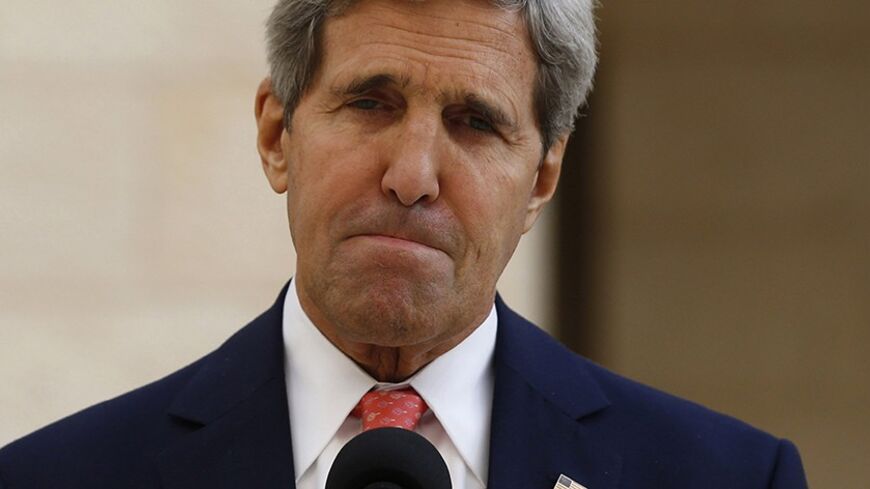 Defense Minister Moshe Ya’alon apologized Jan. 14 for remarks he made in closed talks that were later disclosed by Yedioth Ahronoth. According to the report, he said US Secretary of State John Kerry “acts out of an incomprehensible obsession and a messianic feeling.” However, his apology does not change the fact that most members of the Likud think exactly like him about the negotiations with the Palestinians and Kerry’s efforts to mediate between the parties. No senior Likud member has spoken out against the essence of what Ya’alon said. If there was any criticism, it was directed only at the style of the remarks.

Such a situation says a lot about Prime Minister Benjamin Netanyahu’s political ability to lead an agreement based on the principle of the two-state solution. As we found out again this week, Netanyahu doesn’t have a party behind him to support such a move. In fact, his situation is even worse than that faced by late Prime Minister Ariel Sharon before the disengagement from Gaza in 2005. Though a group of Likud Knesset members did rebel against him, most of the faction followed his lead. Apparently Netanyahu will not enjoy the same support.

My Jan. 13 interview with the deputy minister in the prime minister's office, Ofir Akunis, highlights the tension within the ruling party as the negotiations proceed toward a decision. Akunis wouldn’t express his reservations over Ya’alon’s remarks, either, even though those remarks got the prime minister in trouble and embarrassed him in front of the Americans. 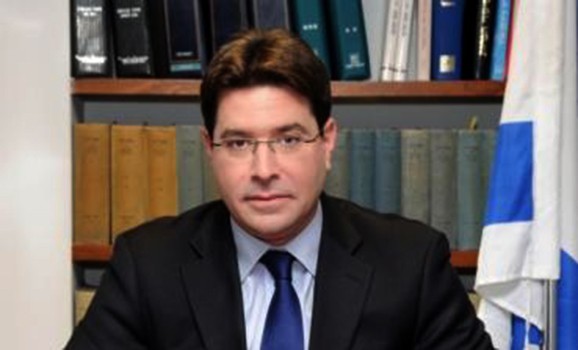 Deputy Minister Ofir Akunis at his office in the Knesset, Jerusalem, 2013.

Akunis:  I am a firm believer in our alliance with the United States. On the other hand, it is impossible to deny the fact that the proposals that Kerry has brought with him, at least according to the reports, are too far-reaching as far as Israel is concerned. I said what I think after the publication of the American idea for an Israeli withdrawal from the Jordan Valley, which included the uprooting of settlements and a gradual withdrawal by the IDF [Israel Defense Forces], saying that it was unreasonable and would not happen. It is therefore legitimate to have differences between allies. We’ve already had disputes which were much more serious, even on the backdrop of plans submitted by the US administration, like the Reagan Plan of 1982, which was utterly rejected by [then-Prime Minister] Menachem Begin. There is no reason to get excited.

Al-Monitor:  An Israeli defense minister called the US secretary of state “messianic and obsessive.” Is that proper?

Akunis:  I don’t want to critique what other government ministers said, both in my capacity as the minister who communicates between the government and the Knesset, and in my capacity as someone who respects the position and stance of the defense minister. I do, however, think that it is possible to express our disagreement in some other way, by formulating it differently.

I myself have been saying for many weeks now that the ideas presented by Kerry not only fail to bring peace any closer, not only fail to intensify the trust between us and the Palestinians, but actually move us further apart. For example, there was the demand — which I considered immoral — to release terrorist prisoners, murderers with blood on their hands. Not only does that not bring peace in the Middle East any closer, it actually makes it more difficult to achieve, and increases terrorism. Such a step was also completely rejected by a vast majority of the Israeli public. I don’t know a single Israeli who has come to think positively about the Palestinians or the Palestinian leadership since the prisoner release. In fact, I think the exact opposite is true.

Al-Monitor:  So perhaps you were secretly pleased that Ya’alon let the cat out of the bag?

Akunis:  No. I’ve also said frequently that the United States, through Secretary Kerry, has been pressuring Israel aggressively and that this doesn’t further anything. I don’t want to judge Kerry, but when he suggests that we withdraw from the Jordan Valley or says in an interview on Israeli TV Channel 2 that at the end of the process, not a single Israeli soldier will remain on what he calls the lands of the Palestinian state, it is crystal clear that the Netanyahu government cannot accept the idea of an Israeli withdrawal to the 1967 borders. As far as I know, the only two governments that accepted that premise were the governments of [former Prime Ministers Ehud] Olmert and [Ehud] Barak, and neither of them lasted very long. That is not Netanyahu’s approach.

Al-Monitor:  Based on what do you say that?

Akunis:  Based on the many years that I have known the prime minister, and I have known him quite intimately. According to him, the 1967 borders are indefensible. In other words, Israel cannot defend itself from those lines. That is why even if the Americans come and say in the emerging Framework Agreement that the solution to the conflict should be based on the 1967 borders, they will face one of the most resounding Israeli reservations to the Statement of Understanding.

Al-Monitor:  But maybe Netanyahu is on his way to crossing the political Rubicon?

Akunis:  I hope that Netanyahu isn't adopting the positions of the political left. I’ve known his positions over the years, and based on what I know, and if nothing has changed, he still believes in the basic principle that the Jewish people have a right to the Land of Israel. The security concepts are an outgrowth of this. It is possible that Netanyahu still believes in this idea, but thinks that the political solution to the conflict with the Palestinians is something else. I hope he continues to stand firm on his good positions.

Al-Monitor:  If so, then what exactly are these negotiations about?

Akunis:  The longstanding policy of the Likud has certainly been to hold direct negotiations with our Palestinian neighbors. It has been the policy since Yitzhak Shamir was prime minister. I think we should continue the situation in which the Palestinian Authority takes care of itself and manages its own day-to-day life without being declared a state. Given our historical rights and the geography of the region — there are only 70 kilometers between the Jordan River and the Mediterranean — and given the security concerns, I do not believe that there is room for a Palestinian state between the Jordan and the Mediterranean. But that does not mean that Israel should rule over millions of Palestinians. I don’t believe in that.

Al-Monitor:  If not reaching an arrangement with the Palestinians, what is Netanyahu’s main task?

Akunis:  From a security standpoint, we must maintain a situation in which Israeli citizens are safe. The Iranian issue hasn’t fallen off the agenda, because the nuclear talks leading to a permanent arrangement are scheduled to resume in four and a half months. It is our interest to withstand the demand for a Palestinian state, whether it is through negotiations or unilaterally, as the Palestinians intend to do. They’ve been continuing their wild incitement against Israel even during the negotiations.

Al-Monitor:  Have you considered what you will do if Netanyahu promotes the idea of two states?

Akunis:  If an agreement based on the outline of the two-state solution reaches the Knesset, I will vote against it, and by doing that, I will be expressing the position of the Likud in the clearest possible way. I hope that there will not be an agreement based on the two-state solution, which reflects a wrong approach. I really hope that the prime minister will stick to the Likud’s positions. Then he will receive enormous support and remain at the head of this movement for a very long time.