In an interview with Al-Monitor, Deputy Minister Ofir Akunis blames Palestinian President Mahmoud Abbas for the unsolved abductions of the three Israeli students. 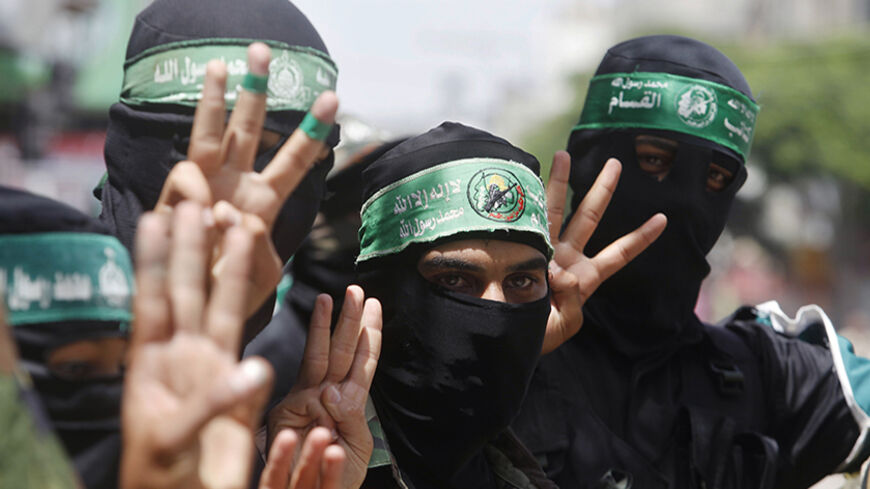 Masked Palestinians supporting Hamas make a "three" gesture in reference to Israeli teenagers who went missing, during a rally in support of Palestinians in the West Bank and against an arrest campaign by Israeli troops in the central Gaza Strip, June 20, 2014. - REUTERS/Ibraheem Abu Mustafa

“The Palestinian government headed by Mahmoud Abbas is a terrorist government in every way and responsible for the kidnapping of the three teens. As long as he doesn’t dismantle that government, we will not renew diplomatic negotiations with him.”

That is how Deputy Minister Ofir Akunis thinks Israel should respond to the chairman of the Palestinian Authority, even after Abbas delivered his bold speech on June 17 at the Arab League Conference in Saudi Arabia, condemning the abduction of the youths. But Abbas failed to win the hearts of the Israeli public with his comments. Not only was he subjected to criticism at home for his conciliatory speech, the Israeli political right continues to point an accusatory finger at him.

Prime Minister Benjamin Netanyahu's Likud Party is still outraged over the abduction of the three teens and over the June 23 report stating that Ziad Awad — a Hamas terrorist released in the Gilad Shalit prisoner exchange — was responsible for the murder of police officer Baruch Mizrahi right before Passover on April 15.

This week, Knesset member Akunis, who serves as liaison between the government and the Knesset, visited the homes of all three abducted boys’ families in Elad, Talmon and Nof Ayalon. It was important for him, he said in an interview with Al-Monitor, to meet the families and deliver the message that they are not alone, and that they have the government behind them.

Al-Monitor:  Palestinian President Mahmoud Abbas made a bold statement on June 17. Why shouldn’t we believe him?

Akunis:  It is crystal clear that the new Palestinian government, which I called a “terrorist government” from the moment it was formed, came with enormous support for renewing and encouraging terrorism. When Abbas decided to reconcile with Hamas, he effectively granted legitimacy to terrorism. Proof on the ground was quick in coming. Rocket fire against the south was renewed, though the climax came with the abduction of the three boys. 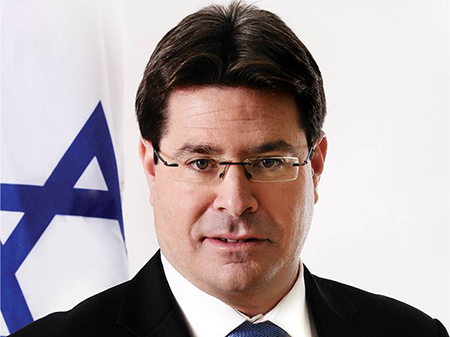 Therefore, as long as there is a terrorist government in the Palestinian Authority which, as we have said, is headed, supported and granted legitimacy by Mahmoud Abbas, it is impossible to continue negotiations with him. The abduction of the three boys is intolerable, so any statement made by Mahmoud Abbas is irrelevant. He can keep talking because it’s the easiest thing to do, but he is failing when it comes to action. He is still responsible for the existence of a terrorist government.

Al-Monitor:  Israeli President Shimon Peres said that Abbas' words were brave. Can you really not see how important they are and the steep personal price that he is paying for this at home?

Akunis:  No. When Abbas wishes so, he has the capability by words of sending conciliatory messages, mainly to the United States. But they are meaningless if they are not accompanied by action. Abbas realizes that the threat posed by Hamas is a threat to his own rule as well. He knows all about the brutal way that his people and himself were thrown out of Gaza. All he has to do is put an end to the reconciliation agreement with Hamas. His words must be backed up with deeds, but so far, the terrorist government continues to exist.

Al-Monitor:  Is the prime minister handling the abduction crisis properly?

Akunis:  First of all, he’s doing the right thing by refusing to renew the talks as long as Abbas won’t dismantle the new Palestinian government. Under his leadership, the cabinet approved a resolution that the negotiations will not be renewed as long as the current Palestinian government is not dismantled, and the resolution even won the votes of [Justice Minister] Tzipi Livni and [Finance Minister] Yair Lapid. It was a necessary decision and the right one to make. That will all change, however, as soon as Abbas backs up his statements with action.

I think that any other government in the world, and certainly the US government, would act the same way if the party with which it was negotiating kidnapped its civilians. I can only regret that the international community, including the US State Department, was quick to congratulate the creation of the Hamas government. All of that just increased terrorism. On the other hand, it is still possible to undo that mistake in the wake of the abduction, and to demand the dismantling of that Hamas government.

Al-Monitor:  How do you respond to comments from the Israeli left that the abduction is actually the price of the occupation?

Akunis:  Those are vicious, crude statements, made when the three boys were kidnapped by a terrorist organization. Furthermore, those statements ignore the fact that there were deadly attacks within the Green Line. I don’t consider Judea and Samaria to be occupied territory, and I don’t believe that the Palestinians are living under occupation. Some 99% of the Palestinian population has been living under the Palestinian Authority’s rule for the past 20 years, ever since the Oslo Accord, so their claim that the boys were abducted because of the occupation has nothing to do with reality.

It pains me to hear statements like that. As a rule, I would not bring the debate over a political solution to the conflict into these families’ personal tragedy.

Al-Monitor:  Do those comments do even more damage to the legitimacy of the settlers?

Akunis:  I’m happy to say that these statements come from the margins of the Israeli public. I haven’t heard those kinds of statements from the Labor Party. All their members have expressed concern for the boys’ well-being. They back the government’s actions.

In this context, it is impossible to ignore Knesset member Haneen Zoabi. She should have been removed from the Knesset a long time ago. Before the last elections, I initiated an effort to disqualify her as a candidate for the Knesset, based on the Knesset Basic Law. The reason I gave was that she supported an armed struggle against IDF [Israel Defense Forces] soldiers while participating in the [Mavi] Marmara flotilla. The Central Election Committee actually decided to disqualify her, but the Supreme Court overruled that decision and allowed her to run. That was a major error by the Supreme Court, a very serious mistake. I could never understand the ruling, because Zoabi wasn’t disqualified because of her ideas, but because of her actions, which were part of a terrorist effort to attack IDF soldiers on the Marmara. As it turns out, Zoabi hasn’t stopped. She doesn’t consider the kidnappers to be terrorists.

Unfortunately, the Supreme Court gave Zoabi a green light, so she continues to act against the State of Israel on all fronts. She says that she opposes a Jewish and democratic State of Israel, and uses her title of Knesset member to attack Israel from every international forum, including Iranian television. That is her approach.

Al-Monitor:  One terrorist, Ziad Awad, committed another murder after he was released in the Shalit prisoner exchange. How do you think that will affect future prisoner release deals?

Akunis:  The formula of releasing terrorists with blood on their hands, who have not yet completed their sentences, to renew the negotiations was a serious mistake. We can see how it encourages terrorism. I don’t think there is any political feasibility for steps like that to be taken by Israel in the future, and certainly not with the current government setup.

Al-Monitor:  How long do you think this coalition will survive?

Akunis:  I think we’ll enter an election campaign in early 2016, after the government has served for three years. The coalition is currently stable, but the fact that it is not homogeneous is problematic and makes things uncomfortable for the Likud. This government was formed under impossible conditions by an aggressive alliance, which had no ideological justification for being. Breaking apart the government won’t pay off for anyone right now, but at the same time it is important to understand that almost any member of the government, apart from Tzipi Livni, could influence the shape it takes. Right now the security situation contributes to the coalition’s stability.