Will Egypt's Copts get to build more churches?

Egypt finalizes the long overdue law governing the construction of churches, while some still hope for a unified law for mosques and churches. 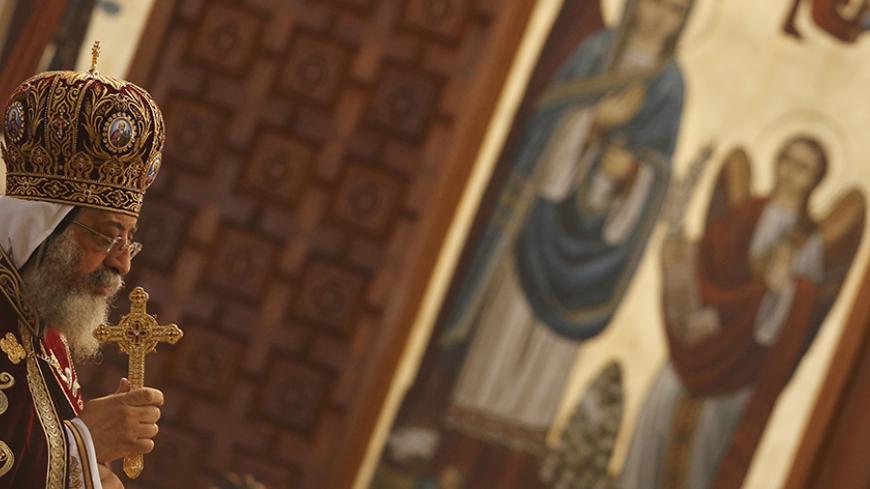 The draft law on the construction of churches has renewed the crisis that has existed between the ruling regimes and the Copts in Egypt since the Ottoman era. Over the years, Egypt’s Christians have requested the state to promulgate a law governing the construction of houses of worship, regulating the building of mosques for Muslims and churches for Christians, in light of the challenges in obtaining permission to build new churches, despite the growing Christian population.

A law was issued on Oct. 17, 2001, governing only the construction of mosques, with no mention of the building of churches. In Egypt, a new church may only be built by virtue of a presidential decree, which is issued once a year or once every other year. The difficulties lie in the legislative structure of the state that does not have a mechanism for building churches. Hence, some Christians have turned — in secret — homes into churches.

Until the passing of the 2001 law, any citizen was allowed to build a mosque, even in his own home by the mere authorization of the Ministry of Religious Endowments.

For centuries, the Copts have had no legal reference regulating the construction of churches; the only legal instrument they can rely on is a presidential decision whose issuance is subject to a lengthy procedure.

During the reign of former President Hosni Mubarak, problems related to the construction of churches piled up in all provinces; licenses to build churches were not granted since the issuing authority feared a popular uproar by the Muslim community. In light of the state apparatus’ intransigence, numerous Christian communities in Egypt were forced to build unlicensed churches or perform religious rituals in buildings allocated for theatrical and community activities and sports events.

In this regard, Minister of State for Legal and Parliamentary Affairs Magdi al-Agati told Al-Monitor that the ministry is finalizing a draft law — known in the media as the "unified houses of worship law" — governing the construction of churches, which will be referred to the parliament for approval in its first legislative four-month term ending at the end of September.

According to Article 235 of the Egyptian Constitution, “In its first legislative term following the effective date of this constitution, the parliament will issue a law to regulate the construction and renovation of churches, in a manner that guarantees the freedom to practice religious rituals for Christians.”

Before referring the draft law to the parliament, the ministry submitted its provisions to the three Christian communities in Egypt: the Evangelical, Catholic and Orthodox churches. Once finalized, the draft will be submitted to the Cabinet for approval and to the Legislation Department of the State Council, before being referred back to the parliament for its final promulgation.

Pope Tawadros II of Alexandria and Patriarch of the See of St. Mark indicated in press statements in the Egyptian media on May 18 that the three churches had reached an agreement with the state on the legal provisions governing the construction of churches, after an exchange of observations, and that the draft law would be passed in the near future.

Ahmed Sajeeni, the vice chairman of the Wafd Party, told Al-Monitor, “I was hoping that the constitution provides for a unified law for places of worship,” criticizing the separation of the laws and the different rules.

According to the law governing the construction of mosques, the population density where the mosque is to be constructed is taken into account, with the distance between any two mosques being no less than 500 meters (0.3 mile). The land on which the mosque is to be built should not be subject to disputes or illegally owned and the parties in charge of the construction of the mosque will abide by the engineering drawings and maps provided free of charge by the Ministry of Religious Endowments, in line with the location, surface area — which shall not be less than 175 square meters (1,884 square feet) — and estimated construction cost. The law specifies that a floor must be built as part of the mosque for social, health, culture and development purposes.

The law also states that mosques shall only be built following the Ministry of Religious Endowments’ express approval, and that 50,000 Egyptian pounds (roughly $5,630) shall be deposited in an account allocated to the mosque. Moreover, mosques are not permitted to be built under residential buildings, which is currently happening in villages and towns.

The draft law that is made up of 14 articles on the construction of churches will be submitted to the parliament in the coming days. This draft law includes a special chapter on the definitions of the components of a church’s building, including the church’s nave, baptism hall and extensions such as a hall, a library and classrooms for Sunday school.

To facilitate application and approval procedures and stop attempts to build unlicensed places of worship, the draft law determines the licensing authorities and sets the licensing duration.

As per the draft law, a church can only be built if it is found to comply with construction requirements and is compliant with the legally prescribed height restrictions. A church should not encroach upon state properties or be built on land that is subject to the law on the protection of monuments (No. 117 of 1983) or be located outside the boundaries of urban spaces. The draft law further states that each province will have a place of registry where the application of church construction licenses can be requested with a special committee, formed by five different authorities. However, the multiplicity of the required authorities examining the applications will complicate the procedure.

The draft also includes a chapter identifying the methods of restoration and reconstruction, and provides for the regularization of the situation of existing churches, since it includes articles governing unlicensed churches in line with the Unified Building Law (No. 119 of 2008).

Paul Halim, a spokesman for the Orthodox Church, talked to Al-Monitor about the agreement between the three Christian Churches in Egypt and the finalizing of the draft law. He said that the discussions between church and government representatives had resulted in amendment proposals by the two parties that were taken into consideration. He refused to disclose these parties at this time.

Halim stressed that discussions — among the three churches and between the churches and representatives of the Ministry of Legal Affairs — will continue until the law reaches its final stage in the parliament.

In an interview with Al-Monitor, Coptic activist Kamal Zakher said, "The fact that the law governs the construction of churches only is a good thing and is in the best interest of Egypt’s Copts.” He said that the Egyptian society is not a model society that would make it easy to pass a unified law for Muslim and Christian houses of worship.

He explained that the issuance of a unified law for houses of worship could lead to sedition among state institutions and citizens, since protests by Muslims against state institutions — the presidency, the parliament or even Al-Azhar — could further increase sectarian strife in Egyptian society. According to Zakher, unrest and protests could be exploited by terror groups, for instance through social media.

He said that the conditions for building churches, which seemingly seem unfair, are all engineering conditions based on the proper application of urban planning, stressing the need to abide by the draft law (once in force), so as to preserve the general form of ecclesial structures and buildings.