How Netanyahu betrayed the IDF

Prime Minister Benjamin Netanyahu demonstrates again and again how his political survival is more important to him than the strength and credibility of the Israel Defense Forces. 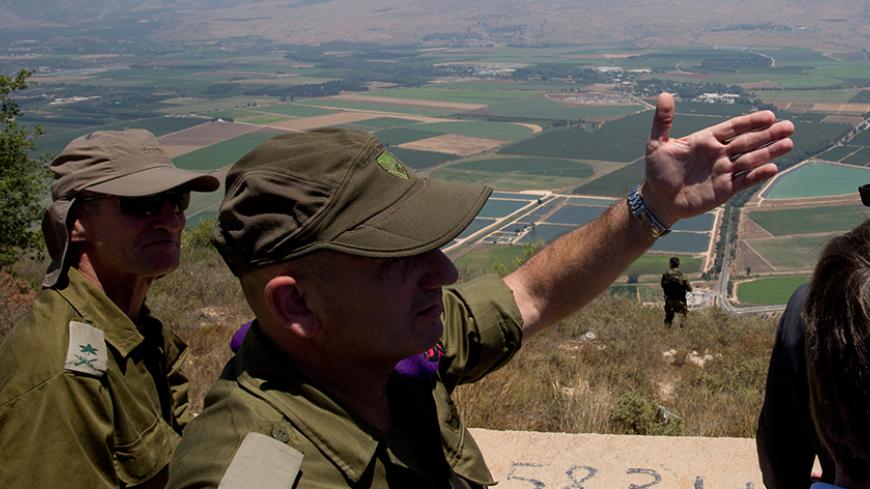 It took more than three whole days after the controversial speech May 4 by the deputy chief of staff on the eve of Holocaust Remembrance Day for Prime Minister Benjamin Netanyahu to lash out at Maj. Gen. Yair Golan during the weekly Cabinet meeting May 8.

Netanyahu came to work on Sunday morning after his weekend rest with the clear aim of stirring up the Yair Golan storm, which had already receded, and placing it at the top of the public agenda. He did so using his heaviest guns, both in the severe tone he took and the words he chose: “The remarks are fundamentally incorrect. They should not have been made at any time. … They do injustice to Israeli society and cause a belittling of the Holocaust."

It’s not hard to guess what made the prime minister behave like the last of the right-wing, internet-surfing back-talkers. In conversations over the weekend with political associates, he sounded determined to thwart by whatever means necessary the upcoming report, already leaked to the media, of the state comptroller general on the 2014 Operation Protective Edge in Gaza, which is expected to seriously damage his image as “Mr. Defense.” But there was something else at play: Netanyahu, who devotes every waking minute to preserving his political power base on the right, was troubled that once again he was leaving the stage to his major challengers on the right, Yisrael Beitenu head Avigdor Liberman and HaBayit HaYehudi chair Naftali Bennett — both of whom are bent on undermining his position as the leader of the right wing. Thus, when Netanyahu realized that he had been left behind in issuing a sharp response to Golan’s speech, he followed suit — albeit with a delay of almost four days.

Netanyahu’s attack on the deputy chief of staff served a dual purpose. First, it deflected attention from talk about the comptroller’s report on Operation Protective Edge. Second, it enabled the prime minister to lead the pack of those vilifying Golan, who in a matter of days went from a being a national hero and defense hawk to being a leftist and traitor.

Golan can be faulted for the timing he chose to warn against the similarity between social trends in Germany before the Holocaust and those Israeli society is experiencing these days. On the eve of the national mourning day for victims of the Holocaust, such words reverberate more than at other times. On the other hand, Netanyahu could have certainly let it go after the clarification issued by the military spokesman in Golan’s name on the following day, "Golan did not intend to compare the IDF [Israel Defense Forces] and Israel to what happened in Germany 70 years ago.” But unfortunately for Golan, the prime minister has political considerations and an agenda to promote. Only rarely, if ever, has an Israeli prime minister turned his back on such an esteemed, high-ranking officer whom he even wanted to appoint as the IDF’s chief of staff.

The Golan affair is reminiscent of the public storm that erupted March 24 when IDF soldier Elor Azaria shot to death in Hebron a Palestinian assailant on the ground. After that incident, Netanyahu called Azaria's father to console him over his son's arrest, thus joining the ranks of the camp led by Knesset member Bezalel Smotrich, in an attempt to appease the strident right. That phone call was nothing short of a slap in the faces of IDF Chief of Staff Lt. Gen. Gadi Eizenkot and Defense Minister Moshe Ya'alon, who condemned the shooting.

How are soldiers, officers and senior commanders supposed to feel when the prime minister abandons them time and again to the triumphant trumpeting by the right wing? Now, of all times — in the fraught days before the country honors its war dead May 11 and marks its independence May 12, with the IDF at the fulcrum of events — the prime minister is turning the military into a punching bag and undermining its standing as the people’s army. In his battle for political survival and leadership of the right, the prime minister is pulling out all the stops and losing what vestiges he has left of dignified statesmanship. Netanyahu, of all people, son of a bereaved family, decorated officer in an elite army unit, flesh and blood of the Israeli military, has turned into its enemy.

Some government ministers who have seen it all were astounded May 9 to hear Netanyahu’s relentless attack on the deputy chief of staff. As far as they were concerned, it came out of nowhere after the issue appeared to have been laid to rest. But Netanyahu, buoyed by the vocal encouragement of Culture Minister Miri Regev, who demanded that Golan be sacked, and by additional attacks by ministers Ofir Akunis and Ze’ev Elkin, who accused the deputy chief of staff of harming Israeli interests, got what he wanted.

One of the ministers present at the meeting, who is not from the Likud Party, told Al-Monitor on the condition of anonymity, “I was dumbfounded. I didn’t understand why he was attacking the deputy chief of staff. But I quickly understood everything. Golan is an easy mark and the prime minister lost his inhibitions a long time ago. The Likud ministers are scared [to confront him] because they could get hurt. He doesn’t understand this is a boomerang. The army is no pushover and they know how to give as good as they get.”

On the morning of May 12, as part of Independence Day celebrations, Netanyahu will meet with Ya'alon and Eizenkot at the presidential residence. All those present will have to put on their party faces to mask the tense climate. The same will probably be true for Netanyahu when he meets with the top army brass in the traditional get-together ahead of Independence Day. The members of the General Staff are upset, and understandably so. They have never been so exposed and abandoned by a prime minister. After almost a decade, all told, as prime minister, Netanyahu is the antithesis of a unifying father figure, of leadership image, of the elder statesman backing his army and its commanders.

Almost all of Israel’s prime ministers knew how to treat the army. Netanyahu is the only one who systematically hurts it. At this stage of his career he should have been fully confident in order to serve as the protector of the military against the militant crowds inciting against the deputy chief of staff and calling him a traitor, but Netanyahu joined the ranks of the rabble-rousers.

This is the time to think back to Prime Minister Yitzhak Rabin. About a year before his November 1995 assassination, Rabin spoke with members of the HaNoar HaOved V’HaLomed (Working and Studying Youth) youth movement. He said, “Don’t accept conventions, not in society and not in other fields. Society has to know how to change. A society, or state, that doesn’t change, atrophies. Times are no longer what they were 50 years ago. And if anything should be characteristic of youth, it’s rebelling against conventions — not rebelling for the sake of rebellion, but rebelling for the sake of change. Preserve what deserves to be preserved, change what needs to be changed, and many things do.” Imagine how things might have turned out had Netanyahu adopted the courageous and correct words of Deputy Chief of Staff Golan? How rewarding it would have been for us, and how empowering it would have been for the IDF.