How Israel avoided another escalation with Hamas

Israel and Hamas agreed, yet again, to hold fire; yet the misery of Gaza residents will continue as long as the blockade continues. 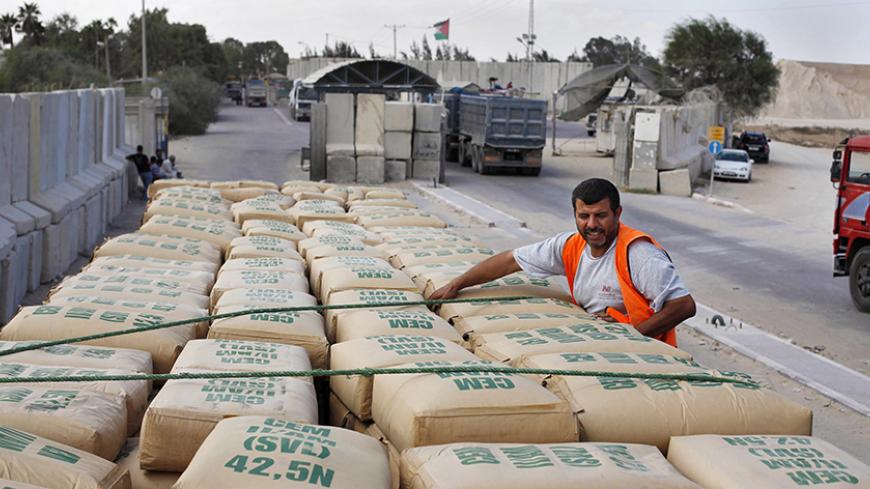 Another violent clash between Israel and Gaza was averted at the last minute on May 4. A statement issued by senior Hamas official Moussa Abu Marzouk said understandings were reached between the sides through Egyptian mediation about a cease-fire on the Israel-Gaza border. According to the statement, Hamas pledged to prevent all rocket launches at Israel by various Palestinian factions in the Gaza Strip, whereas Israel promised to stop its airstrikes on the Strip and withdraw the military forces that had begun operating inside Gaza. As of the morning of May 5, Israel had not responded to Abu Marzouk’s statement.

All of Israel’s past military operations in Gaza started out this way: a limited exchange of blows, a smattering of mortar shells from Gaza and Israeli air strikes on Gaza — all snowballing into another round of vicious violence with thousands of dead and wounded.

The latest escalation, including several mortars fired from Gaza to Israel over the past few weeks, was foreseeable. Israeli defense officials have been telling me for weeks that Hamas was unlikely to put up with new Israeli limitations on the transfer of goods and raw materials through the Kerem Shalom crossing into Gaza. As it is, the situation in Gaza is desperate and even the slightest change can result in total collapse.

Last week Al-Monitor reported this Israeli thinking, including concerns about another military clash with Hamas. It all started when Transportation Minister Yisrael Katz ordered restrictions on the number of trucks allowed through the Kerem Shalom crossing into Gaza, under pressure from residents of the Gaza border communities troubled by the heavy truck traffic on the narrow, potholed 232 route leading to the sole access point for food and goods into the Strip.

As if this were not enough, Israel also announced that it would no longer allow cement into Gaza because Hamas was using it to build tunnels instead of rebuilding homes and infrastructure destroyed in Operation Protective Edge in 2014.

Hamas officials who spoke with Al-Monitor dismissed Israel’s claims. The entry of cement into the Strip is under close supervision, they said, and Hamas has been adhering to the agreement struck at the end of Operation Protective Edge. Hamas thinks Israel decided on a cement embargo after a tunnel was uncovered next to the Kerem Shalom crossing on April 18, much to the chagrin and embarrassment of the Israel Defense Forces (IDF).

An examination of the newly exposed cross-border tunnel proved that it had been dug in the past — before the summer of 2014 — and was not new, but Israel had failed to locate it during Operation Protective Edge. Since then, the armed forces of Hamas, the Izz ad-Din al-Qassam Brigades, continued to maintain and reinforce that tunnel.

After the tunnel was uncovered, Defense Minister Moshe Ya'alon said Israel was not deluding itself that Hamas would stop digging tunnels, adding that Israel is not seeking a confrontation, "but if Hamas tries to challenge the State of Israel or disrupt the lives of Gaza border residents, it will be hit very hard.”

It is therefore not clear what prompted senior defense officials to act at this time. The IDF and Shin Bet security agency are closely monitoring the tunnel construction push on the northern and southern edges of Gaza, which is being carried out in broad daylight. Open-source material and intelligence information point to the fact that for the past year Hamas has been energetically rehabilitating its tunnel network destroyed during Operation Protective Edge. Almost every Gaza resident knows that the many bulldozers and sand-bearing trucks moving about northern Gaza are being diverted to the national Hamas tunnel-digging project.

Back in March 2015 I wrote here that eyewitnesses were reporting from Gaza that the armed wing of Hamas was openly building tunnels. Everything was indeed known and clear at the time, but it appears that stopping the passage of cement at this time is actually designed to calm Israelis upset by recent discovery of the tunnel.

This is the essence of the great dilemma with which Israel is dealing. The ongoing transfer of building material to Gaza enables Hamas to intensify its tunnel project. On the other hand, halting the passage of raw material will result in a flare-up of hostilities.

What, then, is the solution? It would appear there is none.

More than 1.8 million Palestinians live in Gaza. Entire neighborhoods were destroyed during Operation Protective Edge and have not been rebuilt since. The Gaza rehabilitation plan has been bogged down for a long time and the economic situation is deteriorating daily. Young couples cannot get married because they can’t afford to build a home or rent a roof over their heads in order to begin their lives together. The cement and building material issue troubles Gaza residents even more than the shortage of electric power.

Does anyone in Israel really believe that it can limit the transfer of raw materials on the one hand and on the other expect life in Gaza to be dictated by the amount of food it allows residents? How long can Israel maintain its embargo, which has not contributed to Israel’s security? How much longer can residents of the Strip sustain themselves through a feeding tube from the narrow and restricted Kerem Shalom crossing?

Since the siege on Gaza was imposed in June 2007, Hamas has dedicated all its energies to its removal. The Qassam rockets and mortar shells were always the means used by Hamas to bring Israel to the negotiating table and force it to discuss the easing of the blockade or its removal. This was also the case this week. The mortars fired at Israel were the Hamas way of signaling Israel that additional economic pressure would lead to another major clash.

The siege on Gaza has been in place for nine years already. So far Hamas has proven that it is willing to sacrifice a great deal in order to bring it to an end.

Israel must now accept the Turkish reconciliation proposal that includes a lifting of the Gaza blockade. This would enable the creation of an international supervisory mechanism for Gaza and rid Israel of the onus of caring for 1.8 million hungry Palestinians. Otherwise, the next major military operation is only a matter of time, and it will be far more lethal and bitter than the previous round.