Jordan recalling its ambassador from Tehran for consultations opens another front in the Iranian-Saudi rivalry, along with conflict over the hajj and oil. 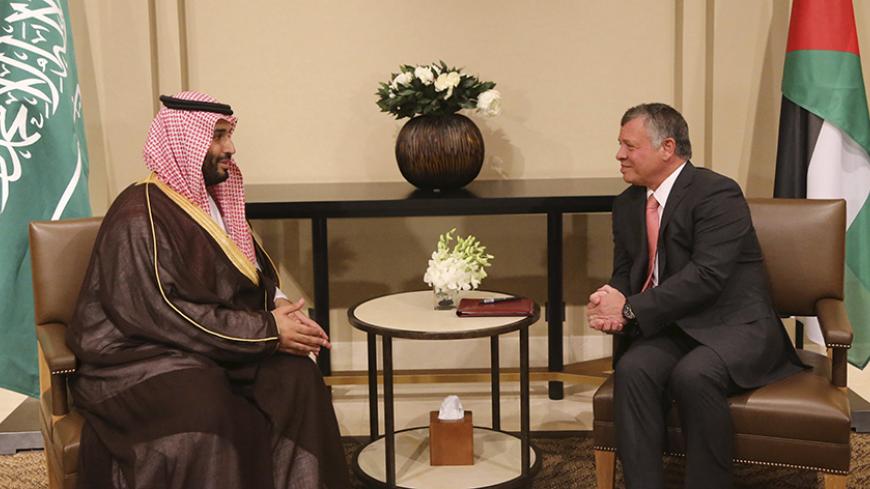 Jordan announced April 18 that it would recall its ambassador to Iran for the second time in four months. “In protest of Iran’s interference in the domestic affairs of Arab countries, [Jordan] has recalled its ambassador for consultations,” said Mohammad al-Momani, Jordan’s minister of state for media affairs and communications. “Iran’s interference has created a crisis and deepening of instability.”

The Jordanians did not allege specific actions by Iran, but the decision seems to be heavily influenced by Amman aligning with Saudi Arabia in its regional rivalry with Iran. The last time Jordan recalled its ambassador was in early January, after Saudi Arabia announced that it would sever all diplomatic relations with Iran after its embassy in Tehran was attacked, following Riyadh's execution of Shiite Sheikh Nimr al-Nimr. Jordan’s announcement this time follows a meeting in Amman between Jordan's King Abdullah II and Mohammed bin Salman, the Saudi deputy crown prince and defense minister.

In addition to facing off in numerous regional conflicts, Iran and Saudi Arabia are also at odds over preparations for the next hajj. On April 18, Iranian Islamic Guidance and Culture Minister Ali Jannati accused Saudi Arabia of “obstructing” the negotiations between the two countries. As an example, Jannati said Riyadh has requested that Iranians apply for visas in a third country, rather than through the Saudi interest section at the Swiss Embassy in Tehran. Jannati called this request “in no way acceptable.” Jannati also said that the Saudis did not want Iran to use its own planes for the transportation of Iranian pilgrims.

In early April, before Jannati's statements, Iranian officials reported that Saudi Arabia had on numerous occasions postponed scheduled trips to begin the preparation process for the logistics of Iranian pilgrims. Jannati said that Iran still hopes that preparations can be made in time for the mandatory pilgrimage, scheduled to begin Sept. 9. Iran had previously suspended nonmandatory pilgrimages after two Iranian boys were molested at the Jeddah airport by Saudi security.

On April 15, another spat with the Saudis had led Iran to forgo the closing ceremony of the Organization of Islamic Cooperation summit in Istanbul. Deputy Foreign Minister Abbas Araghchi said that Saudi Arabia had successfully lobbied to include four “anti-Iranian” paragraphs in the final statement at the ceremony. The closing ceremony took place without the statement being read publicly, although it was released to the media.

Iran and Saudi Arabia are also currently in an oil dispute. With oil near $40 a barrel, oil-producing countries from around the world met in Qatar April 18 to discuss a plan to maintain production at January's levels until October. The deal fell apart April 18, when Saudi Arabia demanded that Iran participate. Iran’s oil minister, Bijan Zanganeh, had rejected proposals to freeze output at a level before sanctions against Iran had been removed.

“If Iran keeps oil output at January levels, it means that there is no impact on the lifting of sanctions,” said Zanganeh April 17. The nuclear deal between Iran and the six world powers was implemented in January.

Zanganeh said that since Iran did not want to give the impression of supporting the idea of a freeze in output, it chose not to attend the meeting in Qatar. To criticism that Iran's absence could cause a drop in oil prices, Zanganeh responded, “The most important issue for us is that under no conditions will we refrain from our historical share and rights.”