Will Iran skip out on sending pilgrims to hajj in Saudi Arabia?

Iranian officials have said that time has run out to make the proper preparations for hajj this year after Saudi officials caused delays. 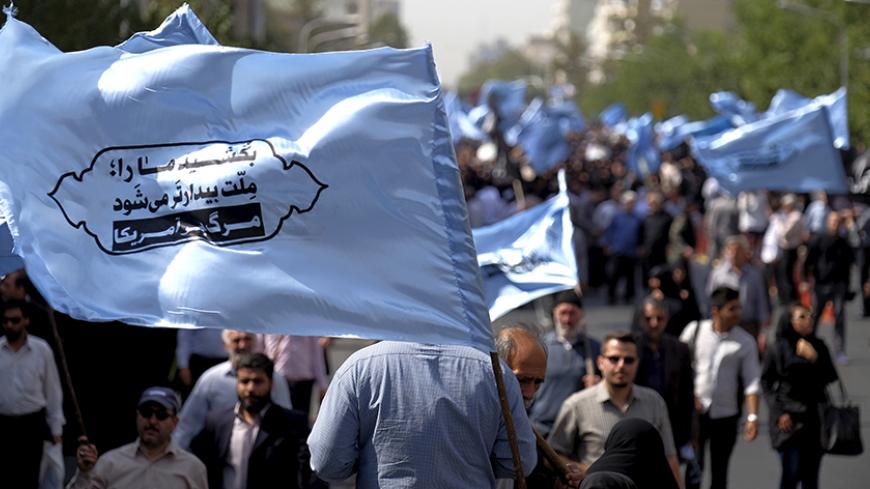 Mourners attend the funeral of victims killed in Saudi Arabia during a stampede at the hajj pilgrimage, in Tehran, Oct. 4, 2015. - REUTERS
Arash Karami
@@thekarami
May 12, 2016

After accusing Saudi Arabian officials of obstruction, Iranian Culture Minister Ali Jannati gave the strongest indication that Iran would not be able to participate in this year’s hajj pilgrimage, which is mandatory for all Muslims who are able to perform it.

“During the last three months there were many efforts to resolve the problems of hajj this year with Saudi officials, but when we wanted to send the Iranian team to Saudi Arabia it took two months,” Jannati said May 12 of the problems in scheduling and accusations of Saudi delays. Jannati made the statement while in the holy city of Qom to meet with religious leaders.

Jannati also said that Saeed Ohadi, the head of Iran’s Hajj and Pilgrimage Organization, “faced many problems in obtaining a visa to visit Saudi Arabia” to discuss preliminary planning for Iranian pilgrims. Once Ohadi arrived, Jannati said that despite having a political passport, he was fingerprinted and his entourage's belongings were inspected.

Jannati said that Iranian officials have met with Saudi hajj officials four times and that the behavior of Saudis was “inappropriate and cold.” He said two of the main issues that have not been resolved are Saudi Arabia requiring Iranian pilgrims to travel to a third country to obtain a Saudi visa and Saudi’s insistence that Iranian planes not be used to transport Iranian pilgrims.

Jannati added that Iran would continue to try to ensure that the hajj pilgrimage takes place but accused the Saudis of “sabotage.”

Saudi and Iranian relations took a dive in January after Iranian protesters stormed the Saudi Embassy in Tehran in response to the Saudi execution of Shiite leader Sheikh Nimr al-Nimr. Riyadh immediately cut all diplomatic relations with Tehran. Last year’s hajj in which 474 Iranians were killed in a stampede also deteriorated relations between the regional rivals. Iranian officials accused the Saudi government of mismanagement and called for the hajj pilgrimage to be administered by Islamic countries.

Ohadi, who is also in Qom, said May 12, “In consideration of all the events that have taken place it is clear [the Saudis] have no inclination for our presence in hajj this year and have made the political atmosphere an excuse.” Ohadi said that housing and meal preparations have still not been made and “given Saudi’s behavior it is unlikely there is time for this to be arranged.” The mandatory hajj will take place in September; the nonmandatory hajj, which Iran had previously suspended after two Iranian youths were sexually assaulted at Jeddah airport, can be made at anytime.

Ayatollah Nasser Makarem Shirazi, who met with Jannati today, blamed Iran’s Foreign Ministry for not taking a hard-line stance with the Saudi government, which he accused of using a religious event to take revenge on Iran. “The Saudi government sees itself as the owner of the two holy mosques, and after enduring international failures they want to take revenge during hajj over Yemen, Syria and Iraq,” Shirazi said May 12.

Most surprising of all, Shirazi was quoted demanding that Iranian officials “draw a red line in regard to hajj,” though by the context of the quote it is not clear if he meant to not attend hajj or demand that it be an “honorable hajj” as he was later quoted. The last time Iran did not take part in the hajj was after the hajj in 1987 when Iranian protesters clashed with Saudi police, resulting in hundreds of deaths. Iranian pilgrims did not return for hajj until 1991.