Iranian officials have rejected Secretary of State John Kerry’s suggestion of a “new arrangement” with Iran over issues such as their missile program. 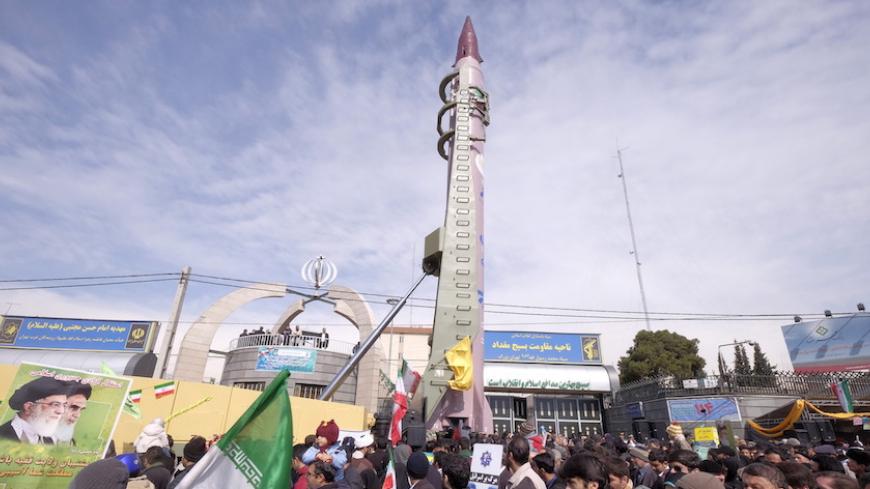 The Iranian-made Emad missile is displayed during a ceremony marking the 37th anniversary of the Islamic Revolution, in Tehran, Feb. 11, 2016. - REUTERS/Raheb Homavandi/TIMA

In a meeting with Arab leaders in the Persian Gulf on April 7, Secretary of State John Kerry said that the United States was willing to work with Iran in a “new arrangement” to address issues of contention such as Iran’s ballistic missiles. The comments have irked a number of Iranian officials, even those who have been supportive of the direct talks with the United States to resolve issues over the country’s nuclear program.

“Iran will not negotiate with anyone over its defensive power,” said Ali Akbar Velayati, foreign policy adviser to Supreme Leader Ayatollah Ali Khamenei. Regarding Kerry’s suggestion and the possibility of another comprehensive agreement between Iran and the world powers in the vein of the nuclear agreement, Velayati said, “It has no relation to Mr. Kerry to discuss Iran’s defensive powers.”

Velayati, who was one of the first top Iranian officials who publicly criticized the hard-line tactics of previous nuclear negotiators and has thrown his support behind the nuclear deal, continued, “Iran has reached this level of power through self-sufficiency and will not ask Mr. Kerry [or anyone else] for permission to defend itself.”

Iran’s defense minister, Hossein Dehghan, was far less diplomatic in his response to Kerry’s comments. “He should know not to speak nonsense,” Dehghan said April 9. He accused Kerry of using fear over Iran’s missile programs in order to sell more weapons to the countries in the region. The US has sold $33 billion in weapons to Gulf countries since May 2015. Dehghan said that if the United States was truly after “prosperity, peace and stability” in the Middle East, it should leave the region.

Foreign Minister Mohammad Javad Zarif, who personally negotiated the nuclear deal with Kerry over a two-year period, said April 10, “The American government knows well that a discussion over Iran’s defenses is not a topic of negotiation or a deal.” He added that there is no plan for a comprehensive agreement on defensive issues.

Addressing US support of the Saudi Arabian-led war in Yemen, Zarif said that if the United States is serious about discussing military matters, “It should decrease the sale of weapons that every day are killing the innocent people of Yemen.”

That Iran would not negotiate over military matters has long been a position of Ayatollah Khamenei. However, the harshness of the comments suggests that Iranian officials are drawing a hard red line over the issue, which appears to be a new front in Iran-US tensions. Regardless of US concerns, Iran seems intent on moving forward with both its current military and regional policies.

There have been conflicting reports in Iranian media that Russia has finally delivered the long-awaited S-300 missiles, a long-range weapon designed to defend against aircraft and cruise missiles. After Foreign Ministry spokesman Hossein Jaberi-Ansar made comments about the S-300, Iranian media reported that the first delivery of the missile system had been made. Iranian social media users began to share pictures of what appeared to be the S-300 on trucks. However, Iranian media later clarified that only part of the system was starting to be delivered and websites deleted the original article reporting the system being delivered.

After Iran sent in regular army commandos to Syria for the first time, Tasnim News Agency reported April 11 that four Iranians had been killed. The entrance of the regular army’s Brigade 65 was a surprise move given that previously Iranians sent to Syria belonged to the Islamic Revolutionary Guard Corps. When asked about the dispatching of the army to Syria, Brig. Gen. Ahmad Reza Pourdastan, the commander of Iran’s ground forces, said April 11, “We are soldiers of the establishment. Whatever the establishment deems advisable, we will enter with strength.”