Iran brushes off being 'put on notice'

Iranian officials are downplaying threatening and critical remarks by the Trump administration, calling them “hollow threats.” 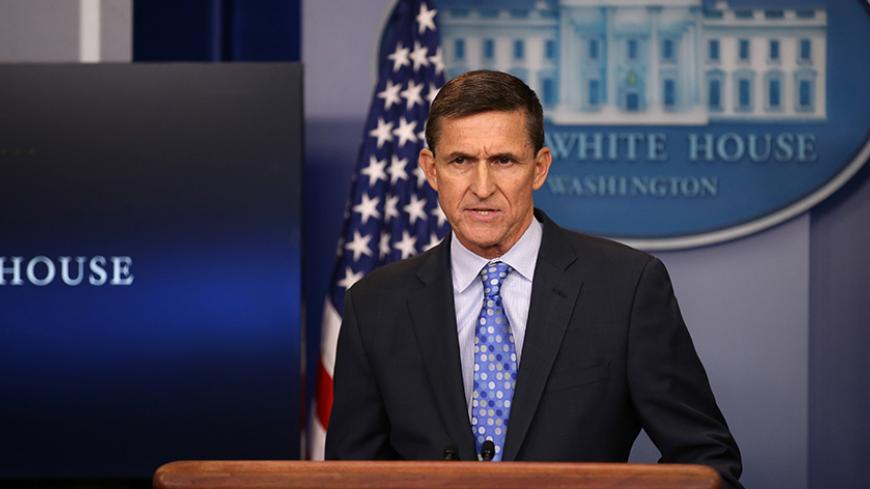 Iran has been restrained in its response to the US warning that it is “officially on notice” over its regional policies and ballistic missile tests, with one high-ranking official describing them on Feb. 2 as “hollow threats.” The harsh reactions out of Washington were prompted by an Iranian missile test conducted Jan. 29.

At the request of the United States, the UN Security Council convened Jan. 31 to discuss the missile launch. After the meeting, Nikki Haley, US ambassador to the United Nations, said the council should take action over what she called an “alarming” test. The following day, US National Security Adviser Michael Flynn said at a White House press briefing that the missile test had been “in defiance” of UN Security Council Resolution 2231, which endorses the Joint Comprehensive Plan of Action (JCPOA), Iran's nuclear deal with the six world powers. He also said, “Instead of being thankful to the United States for these agreements, Iran is now feeling emboldened. ... As of today, we are officially putting Iran on notice.” President Donald Trump echoed the latter on Feb. 2, tweeting, “Iran has been formally PUT ON NOTICE for firing a ballistic missile. Should have been thankful for the terrible deal the US made with them!”

Iran has been formally PUT ON NOTICE for firing a ballistic missile.Should have been thankful for the terrible deal the U.S. made with them!

In this vein, Iran's defense minister, Gen. Hossein Dehghan, on Feb. 1 said, “The recent [missile] test is in line with our plans, and we will not allow any foreigner to interfere in our defense affairs.” The following day, he pronounced the test a success.

Referring to Flynn as an “inexperienced man” who speaks “illogically,” Velayati emphasized, “Iran doesn’t pay attention to these [warnings]. The Americans have done nothing positive for Iran.” He went on to say, “On the issue of the JCPOA, Mr. Obama's government didn’t honor its commitments, and it is the US which is indebted to Iran and should honor to its commitments.”

“Bringing up new threats [against Iran] every day is against the spirit of the JCPOA, and they [the United States] should stop doing so,” Velayati continued. “It would be good if the Americans reviewed their past experiences. These hollow threats won’t make us leave the right path we have chosen in strongly defending ourselves. … The American people are dissatisfied with the hard-line positions that Mr. Trump and his entourage have adopted, and in the end, the side that will be harmed is America.”

That same day, Foreign Ministry spokesman Bahram Ghassemi criticized the United States for its “provocative claims,” noting that its warnings were being issued “while the efforts of the Islamic Republic of Iran to fight terrorist groups in the Middle East region is no secret.”

Referencing Trump’s Jan. 27 executive order banning entry into the United States for citizens of seven Muslim-majority countries, including Iran, Ghassemi said, “It is unfortunate that instead of thanking the Iranian nation for its continued fight against terrorism, the US government practically helps the terrorist groups by repeating baseless claims and adopting unwise policies. … How is the arrest and handcuffing of a 5-year-old child, which has been confirmed by the White House, considered fighting terrorism?”

The child in question is the son of an Iranian woman who is a US citizen. The White House acknowledged that he had been handcuffed and detained for hours without his mother at Washington Dulles International Airport in Virginia on the ground that he could have posed a security threat.

Changing tracks, Ghassemi said, “The legitimate defense policy of the Islamic Republic of Iran is based on international law and not negotiable under any circumstances, and none of [Iran's] missiles are designed for carrying nuclear warheads. Thus, the missile tests aren’t in violation of UN Security Council Resolution 2231.”

Flynn’s remarks also triggered a response from Gen. Hossein Salami, deputy commander of the Islamic Revolutionary Guard Corps (IRGC) on Feb. 2. “If our missile power wasn’t a power that could scare the US, there would be no reason for all the ballyhoo, and today, Iran's big missile power is among the unique deterrent capabilities of the world,” Salami said. “Each day, the number of [Iran’s] missiles, warships and defensive missile launchers will be increased.”

Many Iranian officials believe Saudi Arabia and Israel are hoping to convince the Trump administration to adopt policies hostile toward Iran.