Iran’s defense minister has confirmed the reports of a new Iranian missile test, saying it is not in violation of the nuclear deal. 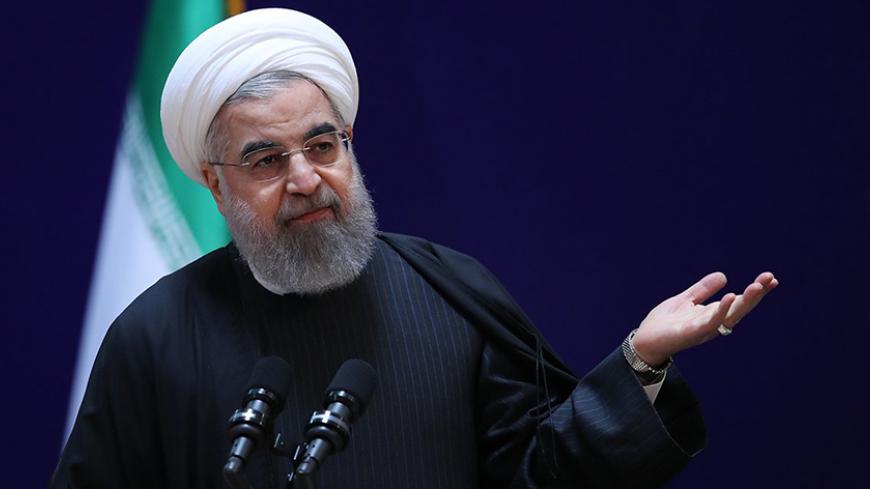 On Jan. 29, citing an unnamed US official, Fox News reported that a launch had taken place outside Semnan, about 140 miles east of Tehran. The missile reportedly flew for 600 miles before exploding.

Dehghan said Feb. 1, “The recent [missile] test is in line with our plans, and we will not allow any foreigner to interfere in our defense affairs.”

“Whatever has been said about the missile tests, [they] aren’t in violation of the JCPOA [Joint Comprehensive Plan of Action] and [UN Security Council] Resolution 2231,” he added, referring to the Jan. 31 emergency meeting of the UN Security Council over the Jan. 29 launch.

Dehghan said, “We have always stated that we will never ever ignore [our program] for developing and strengthening our defense capability to defend our interests.”

The UN Security Council met behind closed doors at the request of the United States to discuss the Iranian missile launch. Afterward, US Ambassador to the UN Nikki Haley said the council should take action over the “alarming" test. Moreover, at a briefing Feb. 1, US national security adviser Michael Flynn said the missile test was "in defiance" of UN Security Council Resolution 2231, adding, "We are officially putting Iran on notice."

In a joint press conference with visiting French Foreign Minister Jean-Marc Ayrault in Tehran the same day, Iranian Foreign Minister Mohammad Javad Zarif said, “The new administration in the United States, presently facing an unfortunate international situation following the imposition of the visa ban, may capitalize on the [missile] issue to provoke new tensions.” He added, “Iran will never use missiles produced in Iran to attack any other country. … No Iranian missiles have been produced to carry nuclear warheads.”

The nuclear deal does not address Iran’s missile program, while Resolution 2231 — which endorses the JCPOA — notes that “Iran is called upon not to undertake any activity related to ballistic missiles designed to be capable of delivering nuclear weapons, including launches using such ballistic missile technology.” While the language of the resolution is nonbinding, Tehran has on repeated occasions stated that it has no plans to design missiles capable of delivering atomic weapons.

Meanwhile, Iranian President Hassan Rouhani has once again criticized his US counterpart, Donald Trump, over his Jan. 27 executive order to ban the entry of citizens of seven Muslim-majority countries — including Iran.

Speaking at a ceremony marking National Day of Space Technology on Feb. 1, Rouhani said, “The president of a country assumes that if he bans the [issuance of] visas for the people of a few countries, he can distance humans from each other, but this is wrong. However, this is to be expected from those who are novices in the world of politics.”

Rouhani added, “They [the US administration] chanted slogans for years that we are against the Iranian government but support the Iranian people, but since this person [Trump] is a special person, he revealed this hypocrisy and displayed what is in their hearts. He took measures that merely target a number of our dear citizens or Muslims and people in other countries.”

Noting the Trump administration’s stated intention to build a wall along the Mexico-US border, Rouhani said, “The era of erecting walls to separate peoples is over. Today is the era of communication.”

Meanwhile, in an interview with Tasnim News Agency on Feb. 1, Mohammad Javad Larijani, the head of the Iranian judiciary's Human Rights Council, implied criticism of Iran’s reciprocal ban on the issuing of visas to US citizens. He said, “Banning Americans from entering Iran is a symmetrical response, but it is not a very attractive [idea],” emphasizing that while Iran’s reaction to the US visa ban should be “clear” and “decisive,” it should be “asymmetrical.”

Saying that Trump’s three main qualities include “money worship," “vulgarism” and “racism,” Larijani argued, “We should provide special funding for the scientific and research centers [in Iran] to [be able to] accept and welcome the Iranian scientists who are working in the United States but can’t go to the United States anymore due to the visa ban.”

He added, “American scientists are vehemently opposed to Trump’s decision; they are very interested in coming to Iran and speaking with our scientists.” Larijani continued, “We should also offer special funding to the scientists and students of other Islamic countries that have been sanctioned [under] Trump’s new decision.” Larijani said boycotting American products is among other appropriate responses to the visa ban.