Trump national security aides warned Iran against missile tests and its support for Yemen’s Houthi rebels, but said they were drawing a line between Iran’s regional behavior and the Iran nuclear deal. 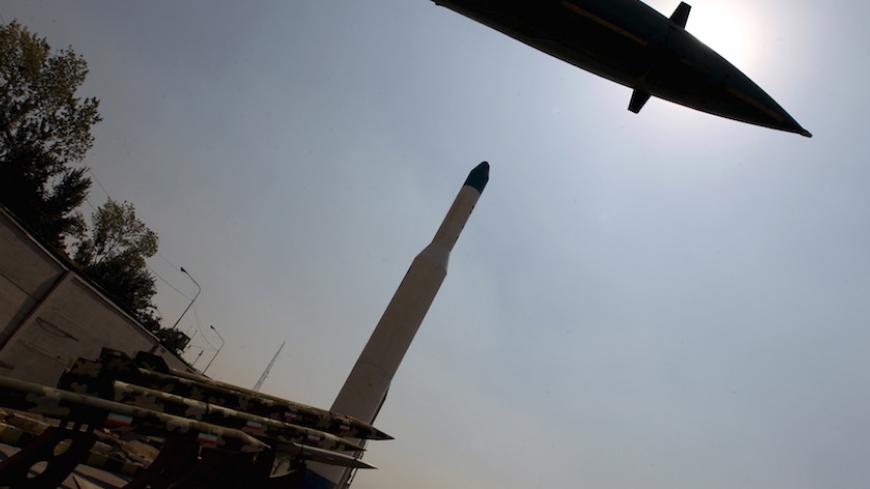 WASHINGTON — Citing an Iranian medium-range ballistic missile test Jan. 29 and Houthi provocations against vessels in the Red Sea, national security aides to President Donald Trump said Feb. 1 they are putting Iran on notice, while also saying they differentiate what they described as Iran’s destabilizing actions in the region from the Iran nuclear deal.

“As of today, we are officially putting Iran on notice,” Flynn warned.

Three senior administration officials, briefing reporters at the White House later in the day, said they wanted to get Iran’s attention by sending a message for it to stop what they called provocative and destabilizing actions in the region, while they conduct a fuller review of their policy. But they were reticent about what actions they might take if Iran continues ballistic missile tests that it says are for defensive purposes only. They did, however, stress that they were not linking Iran’s missile and regional actions to the nuclear deal at this point.

“We can confirm Iran conducted [a test] of a medium-range missile Jan. 29, a launch we view as being highly provocative [and] in defiance of provisions in UN Security Council Resolution 2231,” a senior US administration official, speaking not for attribution to reporters about Iran at the White House, said Feb. 1.

“There should be no doubt the US is committed to hold Iran accountable for missile [tests] … and for the behavior in the region that is [destabilizing],” the senior official said.

“These missile concerns are separate and apart from the JCPOA,” the senior administration official said, referring to the Joint Comprehensive Plan of Action, the formal name of the Iran nuclear deal struck between Iran and six world powers that went into effect in January 2016.

“We are keeping a big line between these issues,” the official said. “There should be no doubt about that.”

The JCPOA “is focused on closing off all of Iran’s pathways” to a nuclear weapon, the official said. The missile tests “are not a violation of the JCPOA. Our concern about Iran’s missiles are outside the scope of the JCPOA.”

As to what action the administration might be contemplating to push back against Iran’s regional behavior, officials said they were communicating their tougher position to try to get Iran’s attention, while reviewing the policy.

“As you all know, there are a large range of options available to the administration, from financial and economic, to pursuing other options related to support for those challenging Iran’s malign activity,” the official said, responding to a question about whether the Trump administration was planning some kind of military action now. “Iranian behavior needs to be rethought by Iran.”

A reporter asked if military action is on the table. The official responded, “We are in a deliberative process."

“We are providing background today, about what our concerns are,” a second senior administration official said. “We are considering what options there are, and how we want to communicate and enforce our concerns.”

Officials said they were trying to get Iran’s attention to change its behavior.

“The issues of non-nuclear provocations are separate and distinct from the nuclear track,” the second official said.

“You will find we are less shy” about pushing back on Iran’s non-nuclear misbehavior, he said.