Why Egyptians' anger at island handover is misplaced

Angry Egyptians decried the return of two Red Sea islands to Saudi Arabia while ignoring possible economic benefits and returns for Egypt as part of the agreement. 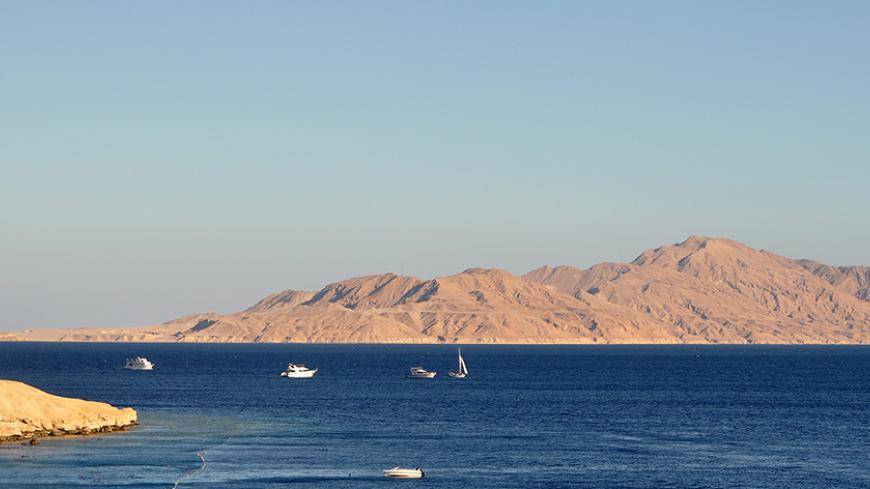 Tiran island, ceded to Saudi Arabia by Egypt along with the island of Sanafir, is seen in the strait of Tiran in the Red Sea, Nov. 19, 2009. - Wikimedia Commons/Marc Ryckaert

Angry protesters filled the streets of Cairo April 15, outraged over the maritime border demarcation agreement signed by the Egyptian and Saudi governments during a five-day visit by King Salman bin Abdul-Aziz Al Saud that began April 7. It was Salman’s first visit to Egypt since taking office in January 2015.

Under the new agreement, Egypt formally recognized the Red Sea islands of Tiran and Sanafir, at the southern entrance to the Gulf of Aqaba, as belonging to Saudi Arabia. In 1950 during the reign of King Farouk, custody of the islands had been transferred to Egypt at the request of Saudi King Abdul-Aziz Al Saud because Saudi Arabia lacked a naval force to protect the islands against possible Israeli expansion following the 1948 war in Palestine, in which Israel defeated Arab armies.

Under President Anwar Sadat, Egypt held that the islands were part of the Hijaz, a region in northwest Saudi Arabia on the Gulf of Aqaba and the Red Sea, and thus did not subject them to the 1979 Egyptian-Israeli peace treaty after the 1978 Camp David Accords. Thus the treaty does not recognize Egyptian ownership of the islands.

Article V of the treaty specifies that the parties consider the Strait of Tiran and the Gulf of Aqaba to be international waterways open to all nations for unimpeded and non-suspendable freedom of navigation and overflight. At the time, Saudi Arabia did not demand the return of Tiran and Sanafir, to avoid having direct relations with Israel and because it did not need them.

The new demarcation agreement between Riyadh and Cairo is part of a package of 21 economic agreements worth $25 billion, including the creation of a joint investment fund of $16 billion, establishment of a free trade zone in the Sinai Peninsula and Saudi financing of construction projects in residential and agricultural areas of Sinai valued at $1.5 billion. Moreover a five-year $23 billion agreement was signed between Saudi Aramco and the Egyptian General Petroleum Corporation whereby Saudi Arabia will provide Egypt with 700,000 tonnes of petroleum products a month. The Saudi financing for the petroleum supply will have an interest rate of 2% and is to be repaid over 15 years.

It appears from the content of these agreements that the Saudis have made shifts in their support of Egypt. Henceforth, support will depend on economically viable investments through the Saudi private sector. In other words, Riyadh will no longer be providing direct financial assistance as it did under King Abdullah bin Abdul-Aziz Al Saud. Saudi Arabia has not seen any tangible, positive impacts from its past direct financial assistance to the government of President Abdel Fattah al-Sisi in terms of support for Saudi policy on Yemen, Syria and Iran. Direct aid has also not brought obvious improvements in living conditions in Egypt.

The kingdom has been dealing with a budget deficit that in 2015 reached a high of 367 billion riyals (around $98 billion). This crisis has pushed the kingdom to rationalize government spending, impose more fees and taxes on its citizens and borrow from foreign lenders, including US, European and Japanese banks.

The other shift in Saudi assistance to Egypt is that it is no longer free of charge politically. Any aid Riyadh offers is to be repaid either by political support for Saudi positions at the Arab League and the Organization of Islamic Cooperation against Iran and Hezbollah or by military backing, such as Egyptian participation in the Saudi-led Islamic Military Alliance to Fight Terrorism.

On another note, the islands of Tiran and Sanafir are nature reserves that many Egyptians, overly burdened by daily life and security concerns, have only heard of through tourist packages offered by travel agencies organizing diving and recreation tours for foreigners and a few affluent Egyptians. Yet, opposition members affiliated with the Muslim Brotherhood and the April 6 Youth Movement who decided to stage the Friday of the Land protests on April 15 have disregarded the potential economic benefits and expected returns for Egypt and have instead focused on inciting and provoking by claiming that Sisi’s handover of the islands is tantamount to betrayal of the country. On April 9 Sisi opponents had launched the Twitter hashtag #Awad Sold His Land, a reference to an Egyptian folktale about a man named Awad who brought his family shame by giving up the family farm.

It seems that the angry Egyptians’ real problem is with Sisi himself and the way he is running the country. Thus, it did not take them long to stop chanting slogans about land and begin to demand the end of the regime. They ignored the documents issued by the Information and Decision Support Center confirming that Tiran and Sanafir are the property of Saudi Arabia. They paid no attention to Sisi’s April 13 statement, in which he stressed that Egypt had not given away the land, but rather had rightfully returned it to Saudi Arabia in accordance with Egyptian law.

Riyadh is now considering the returned islands, with their natural resources and strategic location linking the Gulf to African countries, as a non-oil source of income to be targeted by the National Transformation Program announced by the government in December 2015. The program aims to diversify sources of income and reduce dependence on oil, the price of which has fallen sharply, leading to a projected budget deficit of $87 billion in 2016 and overall spending at $224 billion.

Riyadh may soon be forced to take bold steps toward more internal cultural and external political openness to strengthen its leadership in the Middle East given the announcement by US President Barack Obama in his 2015 State of the Union address that Washington planned to limit direct military involvement in the Middle East and instead rely on alliances of regional countries.

It seems serious contacts between Riyadh and Tel Aviv in the near future will not be surprising in light of the bold decision by Sisi to return custody of Tiran and Sanafir to Saudi Arabia.