After receiving criticism for not yet having implemented the resistance economy, President Hassan Rouhani answered back that his administration has already fulfilled many economic promises. 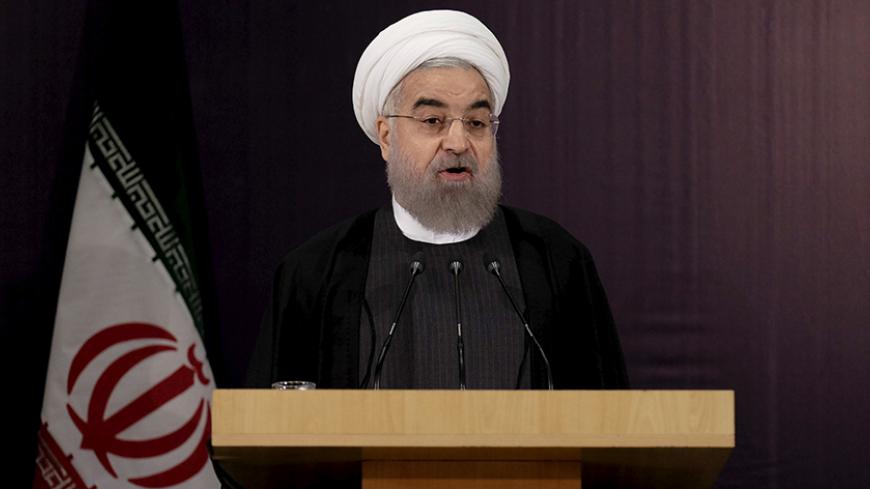 At a meeting of the High Council and Managing Directors of the Free Trade Zones, Rouhani said, “One of the important parts and an emphasis of the policies of economic resistance is, constructive engagement with the world and the path of our administration … has been economic resistance.”

Rouhani was responding to criticism from conservative critics who attacked the administration for focusing on foreign policy while neglecting to implement the two-year-old economic plan that calls for a reliance on domestic abilities. Their attacks were prompted by Ayatollah Ali Khamenei’s designation for the Iranian New Year as the year of Resistance Economy: Action and Implementation. Critics felt that Rouhani’s focus on foreign relations was a diversion to the implementation of the resistance economy.

Addressing those critics, Rouhani said, “The resistance economy will materialize with action, planning and without slogans.”

Rouhani added that a number of the policies of the economic resistance are already being implemented. He said that since taking office, his administration has been able to decrease inflation from 41% to 11.3%. Regarding agriculture, according to Rouhani, they have reached self-sufficiency in many of the “strategic food products.” Rouhani also touted his administration’s ability to decrease the reliance on oil revenue in the annual budget, increasing non-oil exports, a surplus in exports compared to imports and the creation of economic stability.

Rouhani also discussed his hopes for Iran’s free trade zones post-nuclear. He said that the free trade zones should be at the forefront of the implementation of the economic resistance and that “the development and practical implementation of the resistance economy policies in free zones means attracting more investment, technology, production and exports.” Free trade zones, such as Kish Island, Qeshm Island and the Port Chabahar, were designated as free trade zones due to their unique geographic location. The idea was that they would be able to take advantage of free market economic policies that is not directly controlled by the bureaucracy of the central economic planning of the administration.

Given Khamenei’s emphasis on resistance economy for the new year, Rouhani’s speech certainly will not decrease the criticism of his administration’s economic performance from conservative figures.

Massoud Jazayeri, deputy joint chief of staff of the armed forces, said March 22 that the armed forces of the country are ready to help the administration implement the resistance economy. Without mentioning Rouhani’s name, he criticized the president’s focus on removing the sanctions as a means of improving the economy, saying, “Enlarging the sanctions and their elimination is a misguided discourse.” He added that if negotiating and cooperating with the United States could resolve economic issues, then the United States would have addressed the economic issues of the countries under its influence.