Why Hamas closed down Iranian charity in Gaza

The Gaza Interior Ministry’s decision to shut down an Iranian-affiliated charity association in the Gaza Strip raised questions on whether this move will affect the fragile and fluctuating ties between Hamas and Iran. 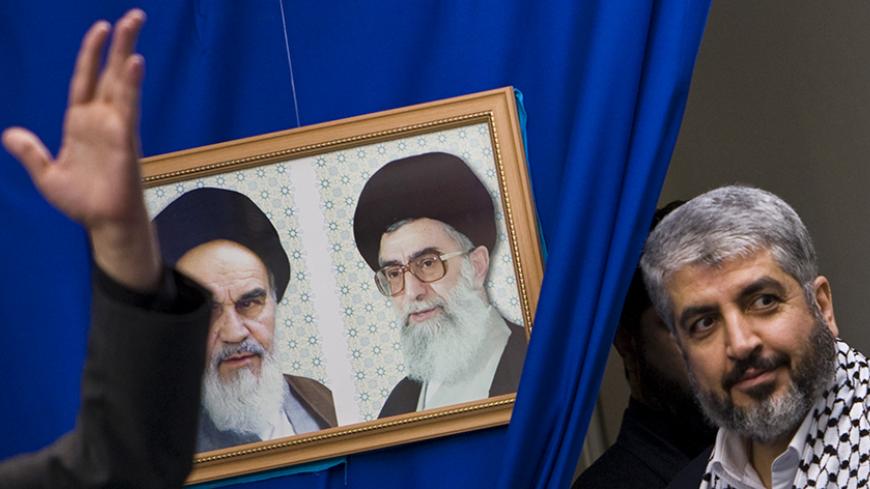 Relations between Hamas and Iran are still unstable and fluctuating between improvement and deterioration. But the Ministry of Interior in the Gaza Strip where Hamas dominates shut down an Iranian charity a few days ago. This might open a new page in relations, and nobody knows where it might lead.

The Ministry of Interior in Gaza decided on March 11 to shut down Al-Bakyat El-Salehat Society, which is affiliated with Al-Sabireen Movement and headed by Shiite Hisham Salem.

Iyad al-Bazm, Ministry of Interior spokesperson in Gaza, told Al-Monitor, “The Ministry of Interior decided to shut down the charity because it violated the law of charities [2000 NGO Law No. 1] and practiced political activities. The ministry had already notified it to rectify its legal status and stop its political activities in December 2015, but the charity did not abide by that.”

Al-Bakyat El-Salehat Society was established in Gaza in 2004 following an initiative from several civil society leaders whose names are not mentioned on its website. Its field of work focused on offering humanitarian aid and financial help to targeted groups, mainly the families of martyrs, the wounded, detainees, the deprived poor and orphans. It also provided school necessities, food baskets, winter equipment and university tuitions.

Al-Monitor tried to communicate with the charity director, to no avail. The people in charge closed their mobile phone accounts, but Salem, who is also the chairman of the association’s board, issued a statement in this regard on March 12 in which he said the decision to shut down the association lacked legal justifications. It was established in 2004 and has been operating since before Hamas took control of Gaza in 2007.

The charity implemented several projects thanks to Iran’s support and funding from Imam Khomeini Relief Foundation. It offered shelter, clothing, food rations and covers, and it prepared meals for the families of martyrs and for orphans.

Ayman Ayech, director general of nongovernmental organizations at the Ministry of Interior in Gaza, told Al-Monitor, “The decision to shut down the association stems from its violations and its divergence from its initial humanitarian and charity work to involvement in political activities in breach of the 2000 NGO Law No. 1 regarding charities.”

Ayech refused to reveal the nature of the association’s political activities, but Al-Monitor found out from anonymous sources in the Palestinian Ministry of Interior in Gaza that the association was promoting Iranian political ideas and distributing photos of Ruhollah Khomeini during its charity activities.

Perhaps the decision of the Ministry of Interior in Gaza is purely administrative and has no direct political implications. But it coincides with the developments in the Hamas-Iran relations, which stirs questions about the real motives behind the decision to shut down the association that is funded by Iran.

Yousef Rizka, former minister of information in the Hamas government and political adviser to former Prime Minister Ismail Haniyeh, told Al-Monitor, “I do not think that shutting down the association might lead to a boycott between Hamas and Iran. Iranians know that Hamas refuses the prevalent polarization in the region, and Hamas believes that the Palestinian territories cannot be liberated with the efforts of one state, but with joint efforts from several states and people. Hamas refuses the principle of ‘with us or against us’ and believes that the Palestinian cause is the main shared point between competing countries in the region, mainly Saudi Arabia and Iran.”

But Al Mayadeen channel, which is close to Iran, published on March 17 the details of a meeting between the leader of Iran’s Quds Force, Qasem Soleimani, and a Hamas delegation during its visit to Tehran in February. Soleimani said that Hamas has stepped out of the resistance axis that stretches from Tehran to Gaza.

The Tabnak website affiliated with the Islamic Revolutionary Guard Corps attacked Khaled Meshaal, head of Hamas’ political bureau, on March 16 and accused Hamas of pulling away from Iran. He said that its leaders unashamedly talk about this in public because Hamas is under the influence of regional and international incidents and is drawing closer to other countries in the region.

Saleh al-Raqab, former Palestinian minister of awqaf, professor of the Islamic credo at the Islamic University of Gaza and specialist in countering Shiite thought, told Al-Monitor, “Iran is trying, through charities, to establish branches in Palestine as they are advanced tools for its politics. Al-Bakyat El-Salehat Society has sought to distribute aid in the name of Iranian leader Ayatollah Ruhollah Khomeini and obliges those receiving aid to thank Iran. This means Iran is trying to repeat Hezbollah’s experience in Lebanon and that of Houthis in Yemen. Therefore, official parties in Gaza must be cautious when granting permits to charities with confessional tendencies that are different from Sunnism to prevent Iran from infiltrating into Palestinian society.”

A thorough interpretation of Iran’s experience with Hezbollah in Lebanon and Houthis in Yemen shows how Iran exploited the weakness of the central state in Lebanon and Yemen to supply charities affiliated with it with money and support and offer living subsidies for citizens in both countries. This way, they enhanced their social and political bases in both countries with time.

It is noteworthy that the Gaza Strip inhabitants are Sunnis, and there aren’t many Shiites, but Al-Bakyat El-Salehat Society has sought to distribute its aid to the Palestinian poor and needy and put Khomeini’s picture on the aid packages. Hamas is afraid the Shiite sect might spread through this humanitarian window.

It is also noteworthy that Ahmed Yousef, former political adviser to Haniyeh, denied on July 26, 2015, the presence of any Shiites in Gaza. What is effectively spreading in Gaza is sympathy with Iran, he said.

Naji Sharab, a professor of political sciences at Al-Azhar University in Gaza, told Al-Monitor, “The decision to close the association affiliated with Iran evidently has political dimensions in the region. Hamas sees a wide wave of polarization between Iran and Saudi Arabia, and it can explain its timing with its rapprochement to the Gulf states and kingdom. Clearly, Hamas won’t allow Iran to have direct influence in Gaza through these associations because it considers Gaza its own political entity and is afraid that the Iran-affiliated associations and movements might constitute a future challenge that threatens its existence.”

Talk about Hamas’ rapprochement to one of the prevailing polarization axes (Saudi Arabia and Iran) coincides with Meshaal’s statement on March 15, when he asserted that Iran has stopped supporting Hamas completely due to its stance in Syria. But the movement did not boycott Iran, and delegations still visit it from time to time to ensure communication, the latest of which was Feb. 18.

It is true that the decision to shut down Al-Bakyat El-Salehat Society in Gaza might seem administrative and legal, but its political dimensions cannot be ignored as it coincides with the ebb and flow in relations between Hamas and Iran. The Ministry of Interior in Gaza officially informed the association of the decision three months after it was issued in December 2015. While Hamas is trying to patch things up with Iran, the latter does not seem satisfied, and perhaps Iran wants Hamas to settle its political options and side with it against Saudi Arabia. But it seems this is not what Hamas wants.