Moscow wants a political settlement to the Syrian war, but its military support, which is resulting in regime victories on the battlefield, could threaten that outcome. 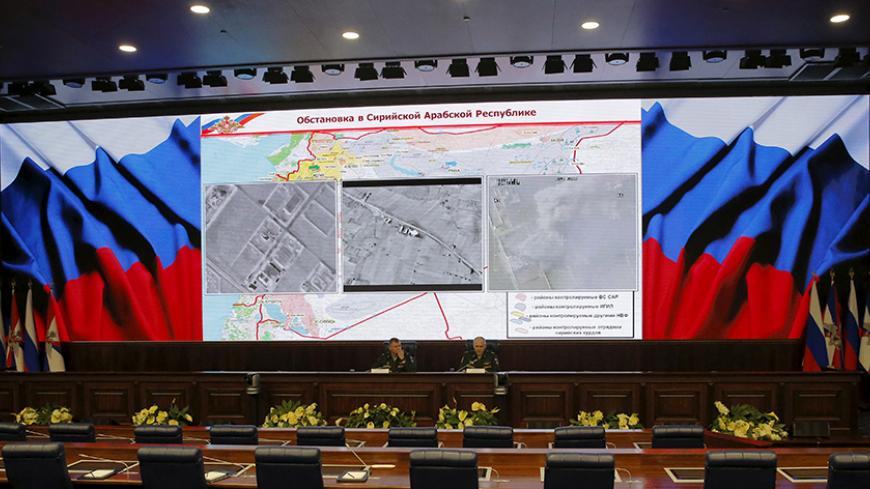 Could the Syrian army’s recent military successes against rebel forces, and its possible conquest of Aleppo, be too much of a good thing for Moscow? After the suspension of the Geneva III talks, this is an important question for Russian leaders to consider.

Conventional wisdom holds that Russia’s goal in Syria is to force the United States, regional powers and Syrians into choosing between President Bashar al-Assad’s Damascus regime and the violent extremism of the Islamic State and other groups. According to this view, Russia’s airstrikes work toward this goal by weakening nonextremist forces and gradually transforming the conflict from a three-way civil war into a two-sided, anti-terrorism operation. If this happens, ongoing US airstrikes against IS would more demonstrably benefit the Assad regime.

The capture of Aleppo would surely represent a major victory for the Syrian regime and significantly strengthen its control over the most densely populated parts of the country, particularly in the wake of parallel victories in southern Syria, one being the recent capture of Sheikh Mishkin. Indeed, while the fighting around Aleppo is more complex than suggested in most Western media accounts, many fear that Aleppo’s fall could devastate the Syrian rebel forces. Despite this, a regime victory that appears to produce a lasting shift in momentum could have unintended consequences that expose differences between Moscow and Damascus and further complicate Russia’s involvement in the Syrian war.

The central issue is that Russian and Syrian interests and objectives are not identical. In short, Moscow is much more interested in a negotiated outcome and, therefore, less interested than Damascus in trying to achieve a battlefield victory. As a result, Russia’s aim is to change rebel groups’ cost-benefit analysis to encourage them to participate in talks on something closer to the Assad regime’s terms. Yet the more successful the war, and the weaker the rebels become, the less pressure Assad will feel to negotiate. Why deal if victory appears within reach?

Thus, in practice, there is a very fine line between providing greater negotiating leverage to the Assad government on the one hand, and and on the other, encouraging Assad and his generals to think that Russia’s military assistance might allow them to win on the battlefield. Some Syrian opposition figures appear to fear precisely this. Following the failure of the latest Geneva talks, the Army of Islam’s Mohammed Alloush argued, “The political process will not be launched as long as Russia, the regime and Iran want to win militarily the battle on the ground.” Although Moscow does not seem to be seeking a military victory, Russia’s policy could still encourage Syrian leaders to want one.

Moreover, if the more moderate opposition forces become too weak, they will no longer be a viable negotiating partner for the Syrian government. In that case, Russian efforts to strengthen the regime’s hand in dealing with the moderate forces could fail, because they would not control enough territory or sufficient armed forces to bring anything of any value to the talks. This in turn eliminates the possibility of a unity government or some other formula to build a partial social and political consensus in Syria that goes further than Assad’s existing supporters. This could make a political strategy to defeat IS and other extremists more difficult to implement.

Such a result could trap Russia in a long-term intervention not unlike the US war in Iraq — or, for that matter, the Soviet intervention in Afghanistan — a struggle to support and strengthen a weak central government against an externally supported opposition. Although the Russian military’s presence in Syria is much smaller than the US deployments in Iraq, it could put unexpected stresses on a Russian military that lacks recent experience with sustained force projection. It could also create political stresses in a society that eventually rejected the war in Afghanistan and turned against the first war in Chechnya despite the latter being a war to preserve Russia’s territorial integrity, something far more important to most Russians than Assad.

At the same time, if Russia’s intervention dramatically changes the dynamics on the ground in Syria, IS-inspired terrorists would have less cause to target the United States or European countries and every reason to launch attacks in Russia or against the Russian presence in the Middle East, including embassies, consulates, corporate offices and Russian tourists. The recent arrest of seven alleged IS operatives in Ekaterinburg, 900 miles east of Moscow, demonstrates that this is a real danger extending beyond the downing of a Russian passenger jet in Egypt last fall. The situation could become quite ugly and might well be increasingly difficult to explain to the Russian people.

Moscow has one clear way out of this trap: exercising the leverage over the Syrian government that it has earned over the last several months. As a practical matter, this would mean communicating privately that Russia’s military will not continue operations at their current intensity for much longer and, accordingly, Assad would be wise to make the best deal he can, sooner rather than later.

Such a conversation would likely not be an easy one, in that Syrian officials might resent the pressure to negotiate. In addition, if it were to become widely known, which over time is likely, it could somewhat undermine the Syrian government’s ability to speak from a position of strength. It could also be discouraging to others counting on Russian military assistance, such as the eastern Ukrainian separatists.

That said, such an approach could facilitate a political settlement while also earning Moscow some credit with US and Western diplomats. It would likely do more for Russia’s reputation and influence in the Middle East than long-term support for Assad’s unpopular regime.

Of course, a successful agreement requires that all sides be prepared to negotiate at the same time, or put another way, that each leader believes his side can’t do better by continuing to fight. The collapse of talks in Geneva amid mutual recriminations demonstrates that this moment has not yet arrived. The great tragedy of Syria’s civil war is that even after five years, there is no “critical mass” among the parties seeking peace.