How Oman is helping Obama shut down Guantanamo Bay

As the primary destination for transferred Guantanamo Bay prisoners, Oman solidifies its role as a diplomatic back channel for the United States. 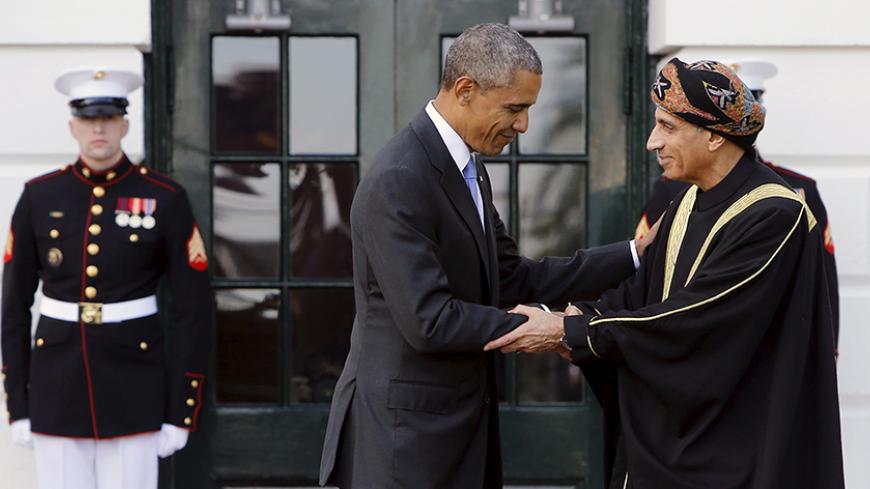 In January, the Pentagon transferred 10 low-level Guantanamo Bay detainees to Oman, marking the largest resettlement of such prisoners in a single day since the US military began detaining suspected terrorists there 14 years ago. Oman has become the primary destination for transferred prisoners, having accepted roughly half of the Guantanamo inmates released since January 2015.

The US military had resettled six Yemeni prisoners in Oman last June, and soon after, the Pentagon expressed its gratitude for Muscat’s “willingness to support ongoing US efforts to close the Guantanamo Bay detention facility” and for its “appropriate security and humane treatment measures.” The prisoner transfers underscore the relationship between Muscat and Washington.

As a stable Arab state that has maintained a military partnership with the United States since 1980, Oman plays a relatively low-profile, but influential role in Washington’s Middle East policy. Maintaining neutral stances on Middle Eastern conflicts while keeping diplomatic ties open to all sides, Muscat has served on several occasions as a diplomatic back channel for the United States. US Secretary of State John Kerry has said of Oman that it offers "wise advice and [helps] find solutions to various problems in the region.” The Iranian nuclear agreement is one important example of this.

Iran’s nuclear program was a hot-button issue during President Barack Obama’s bid for re-election in 2012. At the time, Sultan Qaboos bin Said had assured Obama that Oman could serve as a back channel to the Iranians. That summer in Muscat, US officials and their Iranian counterparts held their first secret meeting, marking the beginning of the negotiations that ultimately led to last year’s watershed nuclear deal between the six world powers and Iran.

Oman’s role as the host of the secret talks spared Obama from the domestic and international backlash he might have faced had news of the deliberations gone public in an election year. Democratic candidates and incumbents have assiduously avoided appearing “soft” on Iran since President Jimmy Carter’s humiliating defeat in 1980, in which the US hostage crisis (1979-1981) played a role.

In another instance, in May 2015, Oman — the only Arab Gulf state not to have joined the Saudi-led military intervention in Yemen launched in March — hosted secret talks between US State Department officials and representatives of the Houthi rebel movement to discuss a cease-fire. In the 1980s, Oman — the only neutral Gulf Cooperation Council (GCC) member during the Iran-Iraq War — had hosted secret cease-fire negotiations between Tehran and Baghdad. Muscat has more recently also helped broker the release of US citizens imprisoned in Iran and held hostage in Yemen.

The Arabian Sea nation has historically relied on the world’s most powerful naval force of the day — at one point the United Kingdom and now the United States — to safeguard it from external threats. Although the sultanate’s leadership tries to obscure the visibility of Oman’s military ties with the West, the United States is Muscat’s most important defense partner. Oman hosts three US military installations, at Thumrait Naval Air Base, Masirah Air Base and Seeb International Airport. Three days after the prisoner transfer to Oman last month, the State Department released a statement approving a $51 million missile sale to Oman, describing the nation as an “important force for political stability and economic progress in the Middle East.”

Since the Sept. 11, 2001, attacks by al-Qaeda, Muscat has cooperated with Washington in the legal, intelligence and financial spheres to counter international terror organizations, including al-Qaeda and the Islamic State (IS). The Royal Oman Police Coast Guard, the Directorate General of Customs and the Royal Army of Oman have engaged US export control authorities to help them secure Oman’s land and maritime borders as well as its ports.

According to the Financial Actions Task Force, Muscat has signed the International Convention for the Suppression of the Financing of Terrorism and established an Anti-Money Laundering/Combating the Financing of Terrorism system compliant with international standards. Despite reports that two of the people behind the Jan. 7, 2015, Charlie Hebdo attacks in Paris had passed through Oman, the State Department asserted that Muscat officials are taking necessary measures to keep extremist groups from using the sultanate as a haven or transit point. Organizations monitoring foreign fighters joining IS' ranks have not identified any Omanis among the group's members. Also, Oman is the only GCC nation that has not had a single citizen detained at Guantanamo.

The White House is determined to empty Guantanamo, which in Obama’s words is a “recruitment brochure for our enemies.” By taking the risk of accepting at least 21 Guantanamo prisoners since January 2015, Oman appears to be pursuing a strong relationship with the United States, playing the role of Washington’s ally and “moderate” Arab and Muslim country.

In light of Republican Party opposition to resettling high-level inmates on US soil and the Pentagon’s reported sluggishness in transferring Guantanamo prisoners abroad, it remains to be seen whether Obama can make good on his 2008 campaign pledge and release the remaining 91 detainees within the next 11 months. In any event, his administration has plans to transfer more low-level detainees to other nations. It would not be surprising if Oman continues to receive Yemeni prisoners, who constitute the majority of those still held in the detention facility.

Last month, however, Sen. Kelly Ayotte, R-N.H., voiced concern about transferring more Guantanamo detainees to Oman, given that it shares a border with Yemen. Ayotte even suggested that the administration was releasing the prisoners to Oman to circumvent a US law prohibiting the transfer of Guantanamo prisoners to Yemen. Regardless, given that Afghanistan, Saudi Arabia and Yemen — the top three destinations for the 532 Guantanamo prisoners released under President George W. Bush — are far less stable than Oman, it seems only logical that the Obama administration has turned to the “quiet kingdom.”