Internal Security Minister Gilad Erdan hopes to hold Facebook responsible for incitement against Israelis on its platform, though policing social media is widely understood to be nearly impossible. 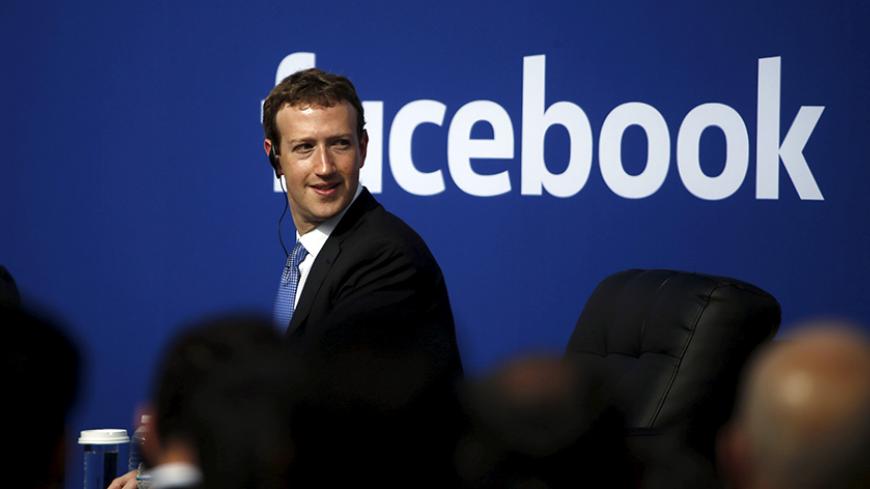 Two weeks ago, Simon Milner paid a short visit to Israel. As Facebook’s policy director for the United Kingdom, Middle East and Africa, Milner had been to Israel several times before. This time he asked for an urgent meeting with Minister of Internal Security Gilad Erdan. He had heard about an effort Erdan was leading to establish a legislative mechanism that would require Facebook and Twitter to assume responsibility for any incitement to terrorism that occurs on their platforms.

The meeting took place in Erdan’s office at the Knesset. The mood was positive, and Milner made a point of listening to each of the Israeli minister’s claims. Beyond that, however, there was no bottom line, and the meeting ended without any results. Milner promised to look into the matter, but since then, Erdan’s office hasn’t heard a word from him. Meanwhile, Erdan met with Justice Minister Ayelet Shaked and offered to consolidate forces with her. He proposed establishing a joint team that would formulate red lines for incitement and propose legislation to deal with social networks.

During his meeting with Milner, Erdan presented him with figures documenting extensive Palestinian use of social networks to incite violence. Among other things, Erdan told Milner that in the current wave of violence, individuals are being provoked to take extreme actions. The problem is that Israel is simply incapable of tracking the vast numbers of Facebook accounts involved, and when it makes complaints, it is sent to the Facebook representative in Ireland. Not even the police have a contact person to address directly at Facebook's headquarters.

Erdan’s message was decisive: Facebook must take action and use its own policing capacities to remove materials that incite people to commit terrorism, whether Palestinian or on behalf of the Islamic State. If Facebook does not, he intends to collaborate with other countries and enact a series of laws that will place responsibility for the resulting attacks squarely on Facebook’s shoulders.

Milner is quite familiar with these claims. So is Facebook’s general manager in Israel, Adi Soffer Teeni. Nevertheless, neither of them seem to be losing sleep over the problem. In a Feb. 19 interview with Channel 2 News, Soffer Teeni was asked again and again about how social networks are being used to incite people to commit terrorism against Israel. She made do with a series of curt answers along the lines of, “Facebook has zero tolerance for incitement.”

In a conversation with Al-Monitor, Erdan said that he is in contact with two other ministers, one from Britain and the other from Australia. Upon meeting with them in the past few months, he realized that they face the same problem with the Islamic State’s use of social networking, and that they also have no effective means of dealing with it. “They asked me what we are doing about it, and it turned out that we are all dealing with the same crisis. It makes no sense for Facebook to benefit from billions in advertising fees, without taking any responsibility. After all, they know everything about us. They know what we like to eat, when we got married and what our consumer habits are. This tells me that they have the means to get to the most dangerous materials used to incite people. People are getting killed because of these materials. The murderer of Richard Lakin, who was killed in an attack in the Armon HaNetziv neighborhood of Jerusalem, said explicitly that the social networks convinced him that Israel was committing all kinds of atrocities, and that this encouraged him to do what he did. The situation is intolerable. We deal with this every day.”

Erdan noted that since his meeting with Milner, he has received no word from him. ''It looks like Facebook is stronger than Israel. The fact is that they are not doing anything. Still, I am confident that in the end, they will have no choice. It will take the coordinated efforts of several countries to bring about the necessary change, but I am sure that in the end, social networks will be regulated. After all, it makes no sense for everything to be so exposed and vulnerable. The fact is that they did pay attention to [President Barack] Obama, and joined his effort to fight the illegal arms trade.''

Erdan is well aware of the inherent difficulties involved in such regulation efforts — who determines what incitement to murder is, and where the border is with freedom of expression. ''I don’t have all the answers. What is clear to me, however, is that there is free speech and that there are red lines. We simply have to decide where we draw those red lines. There are plenty of things that are involved in incitement against Israel, which I do not like, such as the whole war being waged against us by the [boycott, divestment and sanctions] movement, but I am not talking about that. It is clear to me that it falls under free speech.''

Orit Perlov, who researches social networking in the Arab world at the Institute for National Security Studies, disagrees with Erdan. She doubts whether social networks can be hermetically sealed to keep out content that incites terrorism. She told Al-Monitor that Google and Facebook both have an interest in dealing with this problem and they try, but even they are limited in what they can actually do. She said, “They try to get to the pages so that they can take them down, but while they have attempted and even succeeded in cutting the time needed to take down offensive content from 15 to just seven minutes, that was ineffective, because seven minutes is practically an eternity on the Internet. The Internet is like a mutation, so it is impossible to take down and block Facebook pages or YouTube videos. There is no way to eliminate hundreds of Twitter pages, because the content can be found on hundreds and even thousands of other pages. Social networks are the only place on Earth without any boundaries, which means that it is impossible to censor or bury ideas anymore. No wall, no siege and no blockade can stop ideas from moving freely in virtual space.''