Minister of Internal Security Gilad Erdan has claimed that some of the blood in Israel's streets is on Facebook's hands as Knesset members demand better monitoring. 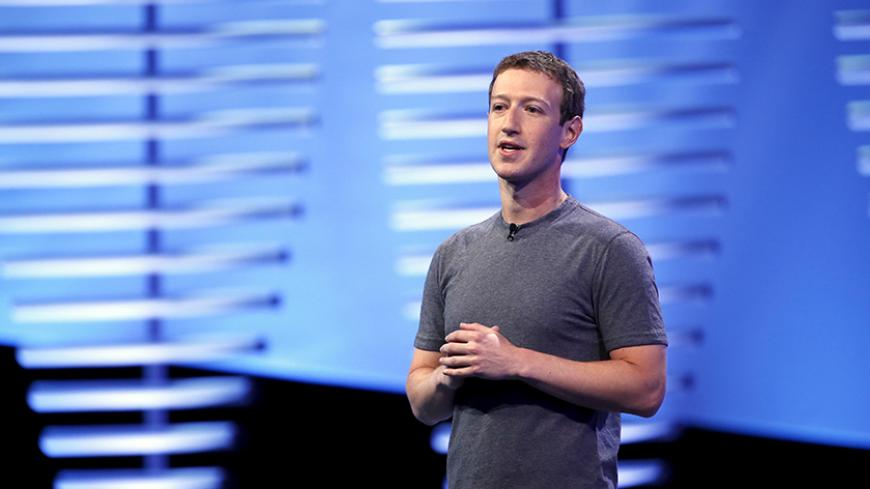 Israel's Internal Security Minister Gilad Erdan exploded in a tirade against Facebook in the interviews he granted July 2. It was not the first time that Erdan accused Facebook of responsibility for the current terror wave in Israel, but his recent statements ratcheted up the war that Israel is trying to declare against the social media giant.

Speaking to Channel 2’s “Meet the Press,” Erdan claimed that "some of the blood of those who have been murdered" in Israel is on Facebook's hands, saying, “Facebook … has become a monster. The dialogue, the incitement, the lies of the young Palestinian generation are happening on the Facebook platform. … I call on Zuckerberg to do self-monitoring.”

On Feb. 8, Facebook's policy director in the United Kingdom and the Middle East and North Africa, Simon Milner, visited Israel and met with Erdan. Since then, the situation has only escalated.

The current terror wave, which had seemed to be dying down in recent weeks, has raised its ugly head again. On July 1, Rabbi Michael Mark from the Otniel West Bank settlement was murdered and his wife seriously wounded in front of their children in a Palestinian drive-by shooting. Only a day earlier, Hallel Yaffa Ariel, 13, was murdered in her bed in the Kiryat Arba settlement by Muhammad Taraiyre, 19. He jumped over the locality’s protective fence, entered the house and murdered the girl with a knife while she slept in her bed.

Israeli spokespeople attributed these murderous acts to wild incitement to violence on the web in general and on Facebook in particular. Taraiyre posted on Facebook before he went out to murder the young girl, “Death is a right and I demand my right to die.” He also dedicated a poem to a female attacker who was killed by Israeli security forces several days earlier. In earlier Facebook posts, Taraiyre expressed admiration for Adolf Hitler and the murder of Israelis and other Jews.

“The Taraiyre case is a classic example,” said Erdan in a conversation with Al-Monitor. “[The Facebook posts] should have been monitored in time, and [the murder] should have been averted. Facebook has all the tools to do this. It is the only entity that, at this stage, can monitor such a tremendous quantity of materials. It does it all the time for marketing purposes. The time has come for Facebook to do the same thing to save lives.”

The Israeli authorities are furious with Facebook. In his earlier meeting with Milner, Erdan asked Facebook to appoint a team in Israel that would quickly respond to requests by the police and Shin Bet to remove inciting materials from the platform. Instead of doing so, a high-level Israeli diplomatic contact told Al-Monitor, Facebook issued a tender and selected for the job a lobbyist specializing in governmental relations: Jordana Cutler, the former chief of staff in Israeli Ambassador Ron Dermer’s office in Washington. Because Dermer is viewed as a member of Prime Minister Benjamin Netanyahu’s inner circle, Cutler enjoys free access to the intimate corridors of power in Jerusalem.

“What interests Facebook is money,” a high-placed Israeli political source told Al-Monitor. “They ignore our request to deal with incitement and won’t create an appropriate team, but they invest in a well-connected lobbyist for their own needs. This simply has to stop.”

At this stage, the war between the State of Israel and Facebook is on a slow simmer. On June 22, Milner came to Israel again and brought with him representatives from Facebook's headquarters in Palo Alto, California. They met with Erdan and Justice Minister Ayelet Shaked. According to an Israeli senior official who spoke on condition of anonymity, the Facebook people tried to explain to the ministers, “We are talking about a state with a billion and a half citizens. It is impossible to keep them all under surveillance. Imagine that you in Israel tried to banish everyone who thinks or talks or writes differently.” The Israelis at the meeting dismissed this comparison: Facebook is not a state but a company whose goal is to make a profit, they told their guests. If you would invest a tiny part of the efforts you invest in monitoring your advertisers to save lives and avert terror, then we all would profit.

And so, at the moment, there is no impending agreement on a solution.

Israel has begun some legislative efforts: In the coming days, Erdan and Shaked will submit a bill to the Knesset that would create a streamlined judicial process in the event that Facebook refuses to remove inciting material. Facebook's policy is to obey judicial orders in the countries in which it operates. Erdan hopes that this law will accelerate the process, but the problem itself will remain.

According to a senior Israeli security figure who spoke on condition of anonymity, the problem is what happens when a Facebook post contains inciting material or stated intentions to carry out a terror attack. At that point, the Israeli authorities ask Facebook for the IP address of the poster, but when the location turns out to be the Palestinian cities of Ramallah or Qalqilya, Facebook ends the investigation because the post originates “outside of Israel’s area of jurisdiction.”

At the moment, Israel is investing tremendous efforts into developing monitoring, surveillance and tracking techniques for use on Facebook. In addition to the police and Shin Bet, the Israel Defense Forces' intelligence services have been tapped to deal with the issue and the IDF's Unit 8200 has done a great deal of work on it.

“The way to deal with the tremendous quantities of material,” a senior security figure explained to Al-Monitor on condition of anonymity, “is via profiling. Preliminary examination is made of the web, in the same format as in airports. The system needs to focus on problematic regions, dangerous age groups and problematic populations in order to do a preliminary filtering of millions of posts and pieces of correspondence. We’re not there yet, but we’ll get there in the end.”

In other words, Israel, like other countries, is now trying to replicate the same wiretapping and surveillance abilities it has over cellular and telephone networks around the world to be used on the internet. This goal is a lot harder and a lot more challenging, but it is possible. Until then, Jerusalem hopes that Facebook will lend a hand.

“If they won’t listen to us now, they will have to learn the hard way,” a high-placed Israeli diplomatic figure warned on condition of anonymity. “We will not hesitate to take action, to legislate accordingly and convince other countries of the vital importance of such a process,” he said.