Do Israeli police take a soft stance on far-right incitement?

Israeli web surfers post comments that incite hatred against Arabs, and the police are doing little to stop them. 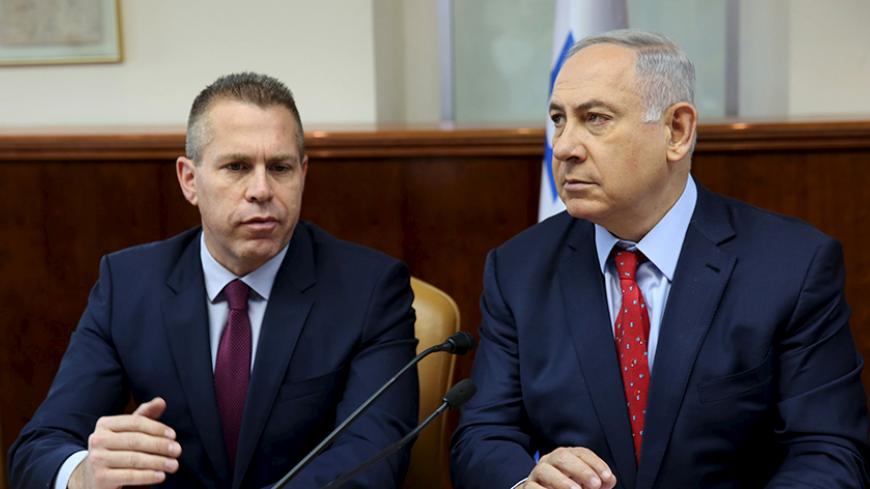 On July 2, Minister of Public Security Gilad Erdan lambasted Facebook founder Mark Zuckerberg, holding him partially responsible for the terrorist attacks plaguing Israel. “The young generation runs its entire discourse based on incitement that has been piled up on Facebook’s platform and in the end it launches terror attacks,” Erdan charged, claiming that if the management of the social network cooperated with Israel, the inciters could be arrested and the attacks averted. “The blood of some of the victims … is on Mr. Zuckerberg’s hands,” Erdan said.

Yet, incitement and violence on the web is not the exclusive domain of young Palestinians. On July 22, Ahmed Dawabsha, 6, the only survivor of a hate crime perpetrated by radical right-wing Jewish terrorists in the West Bank village of Douma a year before, was discharged from Shiba Hospital. His father, mother and little brother were burnt alive after their house was set on fire. Suffering from serious burns, Ahmed fought for his life in a hospital. He underwent a yearlong rehabilitation with his grandfather never leaving his bedside. The hospital staff threw him a sixth birthday party, and when he was discharged the villagers gave him a warm welcome.

Right-wing circles, by contrast, chose to mark the joyous occasion differently. Hateful comments, curses and death wishes to the Douma child were posted on right-leaning websites as well as on leading Israeli news outlets, mainly on Walla!, whose editors did not filter out any of the nauseating comments.

''It's a shame that they wasted bandages on him,'' someone wrote. Others wondered why the media had decided to cover the story of the child's discharge from hospital. There were even those who claimed that what happened in Douma was not a terror attack but an internal village conflict between clans. All these comments shared the same sentiment — of wishing for Ahmed to die.

“God willing, [the child] will soon join his parents six feet under,” wrote G. Aharoni. “It’s a shame he didn’t die, because he would have been a shahid [martyr] and then there would have been a real celebration,” wrote Nati. And the list goes on and on. Even the website of one of Israel’s leading newspapers, Yedioth Ahronoth, carried — alongside well-wishers — “advice” from some readers to the Jewish terrorists who torched the Dawabsha home. “It’s a shame he didn’t die; it’s a shame they didn’t burn down the entire village,” R. Koller wrote.

If one were to echo the statement of Erdan concerning Facebook, we can say that the editors of Israeli news websites also have blood on their hands.

The death-fest relating to the Dawabsha family is hardly a new phenomenon in Israel. In December 2015, Channel 10 News broadcast a video clip showing young people celebrating at the wedding of right-wing activist Yakir Eshbal from the settlement of Tapuach. The revelers, including children, are seen holding guns and firebombs. When the wedding party was in full swing, a knife is seen impaling the photo of toddler Ali Dawabsha who was burnt to death in the Douma attack. The police summoned Eshbal for questioning at the end of which he and 10 other revelers were arraigned.

The ''hate wedding'' video clip was in police hands three weeks before the report about it was broadcast on Channel 10, but nothing was done about it. Only after the public storm broke out, the groom was called in for questioning, and indictments were submitted.

The police clearly do not need to wait for an exclusive investigative report in order to eradicate incitement in Israel. All they have to do is log onto the leading news outlets and call in for questioning Jewish inciters who are not afraid of revealing their full identity — and they are many. The investigators do not need Zuckerberg’s help to reach them.

Incitement and hate on the web are almost a daily occurrence. They are reflected in most reports and posts on social networks dealing with the Israeli-Palestinian conflict, Arab Israelis or human rights organizations such as B’tselem and Breaking the Silence. Comment sections have become a battleground rife with evil.

On May 8, 2015, a Channel 2 affiliate carried a report on the birth of identical triplets at Hillel Yaffe Medical Center in the town of Hadera. The parents were Arab Israelis from Zemer, a local council in the center of Israel, east of the city of Netanya. The doctors and nurses at the hospital celebrated the rare birth. The following are some of the online comments: “Let’s pray that in an hour we will see a photo of the mom with dead babies in her hands” (N. Kessner) and “Terrorists from age zero … cerebral cancer for the first, clinical death for the second, asphyxiation for the third, dad committing suicide, mom shooting herself in the head, God willing” (Y. Wisman).

A few hours later, the affiliate removed all the comments from the website. However, in this case, too, the information about the inciters, whose identity was readily available, was not handed over to the police and none of the respondents were called in for questioning.

By contrast, the Palestinian poetess Dareen Tatour, who posted a poem of protest on Facebook, has been detained in Israel for the past nine months.