Commanders of the IRGC received Iran's highest military medal for the detention of 10 US sailors. 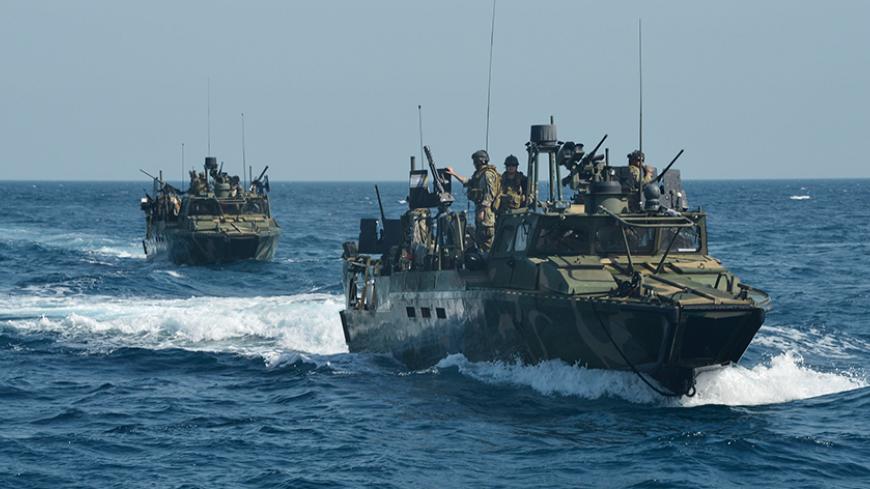 Five Iranian commanders from the Islamic Revolutionary Guard Corps (IRGC), who were behind the detention of 10 US sailors who trespassed into Iranian waters near Farsi Island in the Persian Gulf, received Fath medals from Supreme Leader Ayatollah Ali Khamenei on Jan. 31.

The Jan. 12 detention of the US sailors had the potential to become another international crisis between Iran and United States, which have been steadily reducing tensions as a result of a landmark nuclear deal that was implemented last January. The IRGC released footage of the confrontation with American soldiers in their boats on their knees with their hands on their heads. The release of the video and pictures shocked and angered many Americans. The American sailors were released 16 hours after their capture. However, Iran has sought to depict the incident as a sign of strength of its forces in the Persian Gulf waters.

Khamenei first met with the Iranian sailors on Jan. 24, showering them with praise. In a video clip that was televised and shared on Khamenei’s personal Web page, he said that the sailors “showed bravery. But it was not only bravery. It was bravery accompanied with faith and an understanding of the moment. Meaning they acted on time.” He called the incident “the work of God.”

IRGC Navy Commander Rear Adm. Ali Fadavi spoke Feb. 1 at an open session of parliament about the incident. He said that this is the fourth time that IRGC naval forces have arrested foreign forces. He did not elaborate on the previous times, but said twice before American sailors were apprehended and twice British sailors were apprehended.

Fadavi boasted, “Nowhere else in the world can someone apprehend an American boat.” He said the American sailors intended to “humiliate Iran” as the nuclear deal was being implemented and added there was no plan by Iran to take the sailors beforehand. According to US officials, the incident was the result of engine trouble and poor navigation.

Fadavi said that if US officials are upset by the video of American soldiers on their knees with their hands on their heads, they should know that Iran has other video footage that will increase their humiliation by “100 times.” He warned that “if American maliciousness continues, this video will be aired.”

According to Fadavi, information from the cellphones and laptops of the sailors was removed, amounting to hundreds of pages of information.

BBC Persian journalist Hossein Bastani wrote that the special attention from Khamenei to this incident has to do with political considerations post-nuclear deal.

Bastani wrote that Khamenei’s website did not specify which medal the IRGC commanders received, but based on the images released, it became clear that they received “Fath 1” medals. He wrote that, up to now, very few Fath 1 medals have been awarded and they were mostly given to people who held important roles in the Iran-Iraq War, including Ayatollah Ali Akbar Hashemi Rafsanjani; Ali Sayad Shirazi, commander of the ground forces during the war; and Mohsen Rezai, commander of the IRGC during the war. According to Bastani, even well-known and famous commanders of the Iran-Iraq War, such as Mehdi Bakeri and Mohammad-Ibrahim Hemat, had received Fath 2 medals, and only years after their deaths.

Bastani speculates that the publicity of this incident and other instances in the Persian Gulf, such as IRGC releasing drone footage of a US ship, are an “uncompromising message” being sent from Iran after the nuclear compromise.