While official campaigning has not yet begun, Iranian candidates have begun speaking at universities. 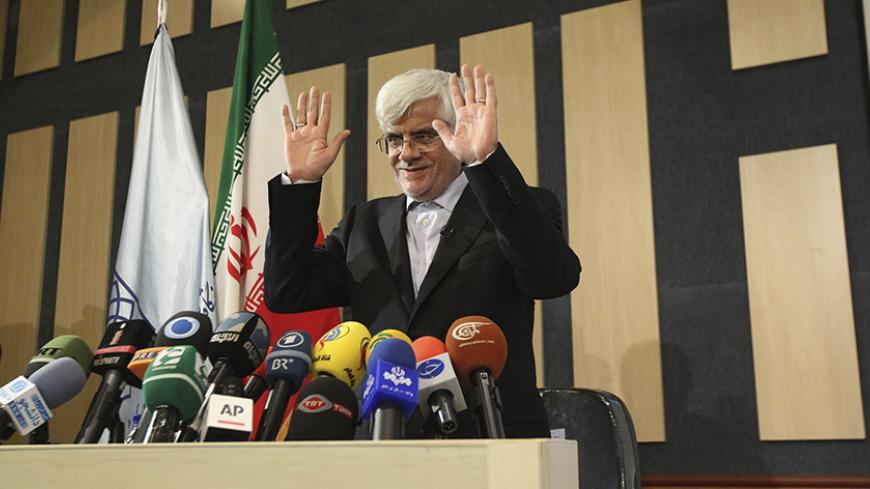 Aref, who heads a list of 30 Reformist candidates, said that while this Iranian year (since March 20, 2015) brought about the final nuclear deal between Iran and the six world powers, it was the exception to the slogan promoted by Supreme Leader Ayatollah Ali Khamenei of “Government and Nation, Empathy and Rapport.”

On the mass disqualifications of candidates, Aref said, “We had expectations that this year, for these two fateful elections that will make clear the direction of the future, that ‘rapport’ would exist … but many of the supporters of the Islamic Republic were disqualified.”

In regard to the negotiations and international crisis over Iran’s nuclear program, Aref suggested that Reformists have been quiet over the last two years because they gave “priority to national interests over partisan interests.” He added, however, that while the nuclear “deal was with foreigners, in the next deals, domestic groups are on the opposing side in negotiations.”

Aref, who was a presidential candidate in the 2013 presidential elections until withdrawing in favor of Hassan Rouhani in order not to divide the Reformist vote, told students that it was their responsibility to convince those who are on the fence about voting to show up to the ballot box.

He also said that the Rouhani administration has not reneged on its campaign promises and must be given an opportunity — an opportunity that can be provided through a cooperative parliament. The conservative-led parliament, which Reformists mostly boycotted, has consistently challenged the Rouhani administration over its domestic and foreign policies.

Motahhari, who still serves in parliament and who has been perhaps the most vocal critic of the five-year house arrest of the Green Movement leaders involved in the highly disputed 2009 presidential election, addressed much more controversial topics during his speech.

Motahhari argued that the Islamic Republic, from the first days of the revolution, has had opposition voices. He said that when the first Shiite imam, Ali ibn Abi Talib, ruled, there was extreme opposition to him. Motahhari said that even the first parliament after the 1979 revolution had members of the now outlawed Mujahedeen-e-Khalq.

He addressed the 2012 case of Iranian blogger Sattar Beheshti, who died in police custody and whose body showed signs of having been beaten; Motahhari said that when he asked questions about it, other members of parliament encouraged him to not pursue the death. Motahhari said, “We cannot trample the rights of the people with the excuse of protecting the Islamic Republic.”

Motahhari added, “In regard to freedom of expression, we have created artificial red lines that need to be reformed and we have to go forward step by step.” He added, “the first step was the 2013 [presidential] elections and the next step is the parliamentary elections.”

When asked by one of the students why he is running as a Reformist when he has been a conservative politician, Motahhari said that on what he called political issues he has always been a Reformist. Motahhari pointed out that when the Chain Murders were revealed, he supported the case's coming to light (the case involved killings of dissidents and intellectuals by the government from 1988 to 1998). However, he added that he has had issues with the administration's cultural policies. Motahhari is one of the members of parliament who raised the issue of women’s leggings in Iran.