The war in Yemen may prove just as dangerously costly for Saudi Arabia, where an economic downturn threatens its political system, as for Yemen, whose economy can only start to be revived when it ends. 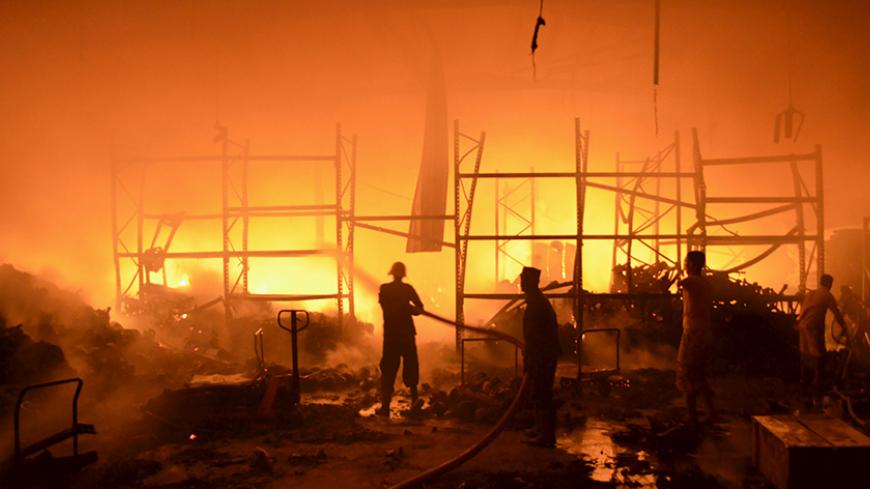 During the first Gulf War (1990-1991), more than 800,000 Yemenis working in Saudi Arabia and Kuwait were forced to leave their host countries because Yemen did not provide political support to the international intervention against Saddam Hussein’s Iraq. Saudi Arabia also suspended all economic assistance to Yemen, aid that was resumed a decade later in 2000.

Saudi Arabia’s decision to minimize economic cooperation with Yemen as a result of what has been perceived as Yemen’s support of Saddam’s invasion of Kuwait reflects a long history of political animosity; this is a history that continues until our present day.

On March 26, 2015, 25 years after the first Gulf War, Saudi Arabia launched a war against Yemen that is proving to have detrimental effects on its economy much like the political and economic repercussions of the massive return of Yemeni workers in 1991.

The unification of two Yemeni states (the north Yemen Arab Republic and the south People’s Democratic Republic of Yemen) resulted in the formation of the Republic of Yemen three months prior to Saddam’s invasion of Kuwait. The newly formed country's economy inherited many structural problems and massive debt from the former two states.

Yemen's treasury was burdened by the costs of unification such as paying for southern civil servants to move to the new capital, Sanaa, and paying interest on its massive debt. On top of its other economic challenges, Yemen was to absorb the shock of 800,000 returnees and their pressure on the already weak job market.

With their return, the estimated $350 million a month in remittances they used to send back home stopped, eliminating an important source of income for many families. The glorious days of economic prosperity of the 1980s characterized by a low unemployment rate of 6-8% and double-digit growth rates in North Yemen, which was inhabited with two thirds of the two states' population, ended abruptly.

These economic pressures enhanced by the mass return of workers did not leave room for the political differences to be sorted out. Civil war broke out in the summer of 1994 in what could be interpreted as a symptom of economic failure.

The unification of the two Yemens was built on the promise of exploitation of oil resources for the benefit of the people, but when the economic situation deteriorated, the southern leadership — which was being politically marginalized in the new government — started calling for secession. Ali Abdullah Saleh, the first president of the unified Yemen, did not approve such a move by the southern leadership, which fled the country after Saleh’s victory in July 1994.

By 1995 the Yemeni government implemented a program of macroeconomic adjustment and structural reforms with support from the World Bank and the International Monetary Fund and reduced spending on defense and civil service and cut subsidies. The Yemeni economy started showing signs of recovery and stability.

In the two decades following its civil war, Yemen became very dependent on oil revenue and could do little to cope with fluctuating oil prices. Unemployment reached 17% in 2011 from 13% in 1991, according to World Bank data. Inflation was in the double-digit zone and the government’s dependence on developmental assistance was growing, based on the author’s analysis of data from the World Bank, IMF and the Organization for Economic Cooperation and Development.

Even though Saudi Arabia’s economy was becoming one of the world's biggest during in the past two decades, international financial institutions called on oil-exporting Gulf countries, including Saudi Arabia, to conduct structural reform to respond to the deficiencies in their economies.

Masood Ahmed, director of the IMF’s Middle East and Central Asia Department, wrote in 2012 that “fiscal sustainability will be an issue” for Gulf Cooperation Council countries. In its 2012 regional economic outlook, the IMF recommended to “curtail current expenditures while protecting the poor” as a response to the risk of declining oil prices. The fiscal break-even price of GCC country, for which a country’s fiscal accounts are in balance, was rising and increasing the fiscal vulnerability of the country. The IMF also urged product market reforms, labor market reforms and measures to address the impending budget deficits those economies will be facing due to increasing expenditures and declining or steady oil revenues.

Policies to cut spending were unlikely to be introduced in a monarchy like Saudi Arabia, especially after the Arab Spring, where tax-paying citizens along with non-tax-paying Bahrainis and next-door Yemenis went out on the streets to claim their rights in shaping the policies that govern their daily lives. The risk of people demanding more political rights was growing and cutting spending was not the optimal strategy for the kingdom.

As the kingdom continued its generous fiscal policy by providing more benefits to its citizens in response to the people’s dissatisfaction with the economic and political situation, it ran a deficit of 3.4% of GDP in 2014 due to a fall in oil revenues. It was evident that the next year went the same way because no action was taken to address the spending issue and the monarchy was reluctant to conduct economic reforms for fear they would encourage calls for political reform. The unspoken agreement between oil-exporting monarchies and their citizens was the exchange of welfare for political freedom, a win-win situation in which citizens enjoy luxurious lifestyles financed by petrodollars and the monarchies enjoy no challenge to their reign.

When the Houthis, old foes of the kingdom, seized control of the Yemeni capital in late 2014, the political animosity between the two countries returned. Back in 2009, Saudi Arabia engaged in a military operation against the rebel group after it attacked a Saudi patrol on its southern border with Yemen.

Saudi Arabia launched and led a military intervention in Yemen in March 2015. Since leading a war, especially one with little prospect of ending, comes with huge costs, Saudi Arabia recorded the highest budget deficit since the post-Gulf War period at nearly $100 billion (15% of GDP) in 2015, and projected its highest budgeted-for deficit yet for 2016 (13.5% of GDP). Once again, we see an overspill of political conflict between the two neighboring countries onto their economies. Needless to say, the Yemeni economy was failing long before this war and is barely functioning at the moment. Saudi Arabia’s siege on Yemen reduced critical imports such as food and medical supplies, and fuel prices increased due to the Houthis' decision to completely lift oil subsidies, adding to the burdens of skyrocketing prices of basic commodities such as food and water since the start of the Saudi-led airstrikes.

The kingdom's economic reforms of raising gas and diesel prices, cutting fuel subsidies in half and supporting the introduction of a GCC-wide value-added tax might ease the pressure of sustaining a war for nine months and perhaps longer. These structural reforms were long overdue and their introduction at this time is revealing.

Addressing the economic downturn by transforming the Saudi economy to cover its fiscal expansion via tax and fees collection comes with a political price: the political inclusion of the taxpaying citizen. It's a price the kingdom is now willing to pay, as we have seen Saudi women not only voting for the very first time in the kingdom’s history in December but also winning seats in municipal councils.

Yemen has not been able to absorb the shock of the mass return of Yemeni workers from Saudi Arabia even two decades after the change took place, and suffered an uprising fueled by anger at economic failure. The Saudi economy is trying to absorb 2015's sticker shock but cannot continue to run such a huge deficit even with the introduction of economic and political reforms. More political freedom without sound economic policy will leave more room for the people to question economic policies that seem to only benefit the upper class, for officials will have to show more accountability and citizens will have more space to express their disapproval of official policies.

The war on Yemen revealed to the Saudis that spending cannot be solely financed by oil revenue. As they introduce revenue-collecting mechanisms, they should also reform mechanisms of capital transfer to the public to minimize the gap between the rich and the poor, as it is known that the poor are the most affected by tighter revenue-collecting policies. Otherwise, the Saudi war on Yemen will mark the beginning of an economic downturn that will surely spill over onto its political system in the long run.

On the other hand, Yemen’s shattered economy would need thorough restructuring for the country to be able to lead its people into a better future. But before any planning for restructuring can take place, the ongoing war must stop. The economic inclusion of Yemen will be decisive in paving the way toward a less turbulent relationship between the two countries. 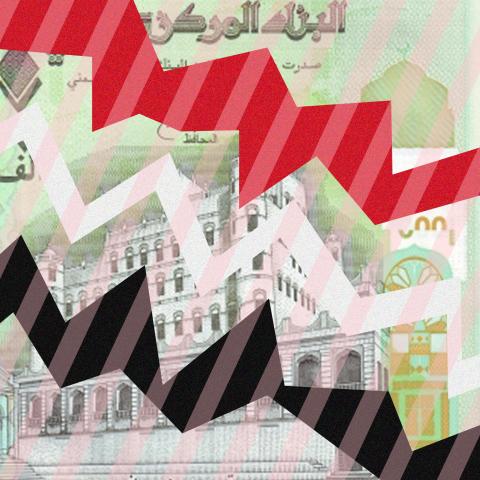