Saudi Arabia and other Gulf Cooperation Council states must make dramatic cuts in spending, and not just on megaprojects, as unsustainably large annual deficits have arrived. 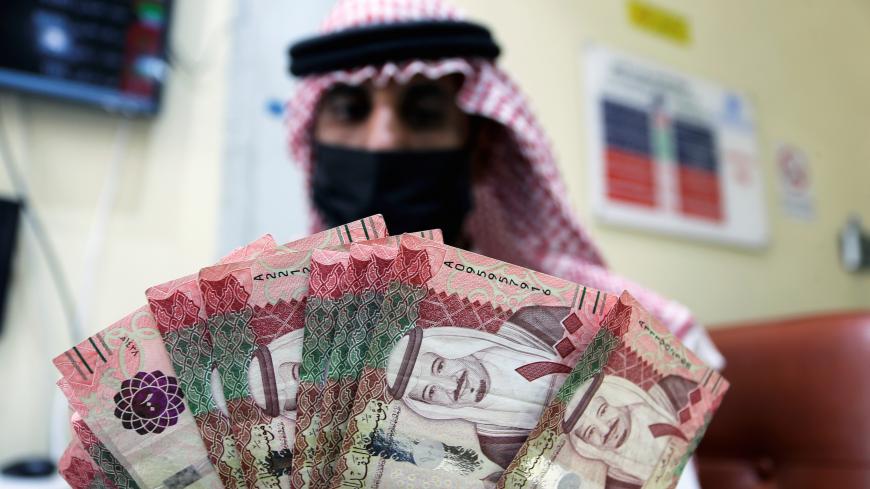 Saudi Minister of Finance Mohammed al-Jadaan may have provided the most cogent and direct message to citizens about their economic future. It's going to be different, and it may require some painful adjustments. The same could have been said by just about any Group of 20 finance minister on the outlook for a post-COVID-19 recovery. But for Saudi Arabia, the reckoning was bound to come sooner or later; the coronavirus pandemic has hurried the future along.

What then does a drastic reduction in public spending look like in Saudi Arabia? There are easy ways to trim the fat of the Saudi budget, starting with the megaprojects such as the Neom planned megacity and moving on down through the ministries to become more efficient. Defense spending is one other easy place to find cost savings, and the resolution of the war in Yemen would go a long way to reduce costs. Much more difficult will be reducing the public sector wage bill. In order to provide a form of COVID-19 relief and economic stimulus, there has been some backtracking on efforts to implement visa fees and reduce subsidies for electricity and water, with the government granting 30% utility tariff reductions to industries and suspending some visa fees paid by small and medium-sized companies (with fewer than nine employees) for three years, and reducing the expatriate visa fee for industrial companies by 25%. Combining stimulus actions to support business survival in the private sector, salary support to keep up domestic consumption and at the same time finding savings across government spending commitments will be like filling a bucket with a hole at the bottom.

The question of what to cut is easier to answer than why hasn't this been done before. There is nothing unusual about running a fiscal deficit or accessing international debt capital markets to help bridge a difficult period. Saudi Arabia will not be alone in doing either. What makes this crisis so jarring for the kingdom is that there is little reason to expect future revenue to ever recover to the recent past, in particular the special period or "magic decade" of 2003-2014 when oil revenues surged. Those days are over, but the model for government revenue has not adjusted, and neither have spending patterns. The structural causes of the current deficit are the same as they were when oil prices declined in late 2014. The twin crises of COVID-19 and the oil price collapse have simply made the inevitable occur sooner.

Replenishing the nest egg that was amassed during 2003-2014 is not feasible in the current or expected future oil price environment. Research from HSBC, with data from local finance ministries and CEIC, shows Gulf Cooperation Council states have consistently maintained expenditure levels since late 2014 at an average of $550 billion per year, despite 2015-19 revenues ranging from just under $400 billion to $500 billion per year. (GCC government revenues averaged around $700 billion per year in 2012 and early 2013). Government and social stability are priorities at any cost. The future then is more debt, and eventually, a different kind of fiscal policy. The public sector wage bill is substantial for all oil exporters. (Iraq is in a very difficult place, for example; Kuwait is also, but has more resources to buffer what looks like a forever deficit).

For Saudi Arabia, there will have to be cuts to public spending, but public sector wages will be at the end of that process. (The government recently announced that private sector wages could be reduced by companies by up to 40%; the government had earlier guaranteed to support citizens' wages in the private sector at up to 60% of their salaries with a $2.4 billion support fund). There was some effort in the 2016-19 period to freeze hiring, reduce some benefits and shift as many citizens as possible to the private sector. It didn't go so easily. For now, the social protection most Saudis have is a government job. It is the best way for the government to keep consumption levels even, or at least not crashing. This is the equivalent of a stimulus for unemployment benefits in the United States — but dissimilar in that it does nothing to boost productivity or economic growth. It's a holding pattern to keep people on the books as government employees and to bolster domestic consumption in basic goods. Right now, Saudi consumer behavior looks like most of the rest of the world: As discretionary spending on clothing, luxury goods, travel and hospitality crashes, it is only food consumption that has increased. For the government to cut costs, capital expenditure has to go first, on megaprojects and even not so big government projects. Drawdowns on reserves, possible sell-offs of assets in the Public Investment Fund (despite recent high profile and bullish acquisitions), some possible privatizations in assets that were already planned but now will earn less than expected revenues.

As for the social contract, there is a reckoning that the future looks different. Average incomes will be lower. Young people will not live the way their parents did. And most young people might be content with that reality if they feel their social opportunities and freedoms continue to open under Crown Prince Mohammed bin Salman's leadership. What does survive from Vision 2030 is the restructuring of the labor market, as many foreign workers will lose their jobs and leave the kingdom, making room for more nationals to enter by necessity. Economic hardship and a strong nationalist justification could play to the crown prince's strengths. But there will be many wealthy, well-connected Saudis, including members of the ruling family, who see his leadership in the oil price feud and opulent project spending as evidence of a failed transition. They have the most to lose in the coming hard recovery.