Gulf states’ borrowings have risen steadily since 2014, raising questions over the allocation of resources as the oil-rich region faces the challenge to build resilient non-oil economies. 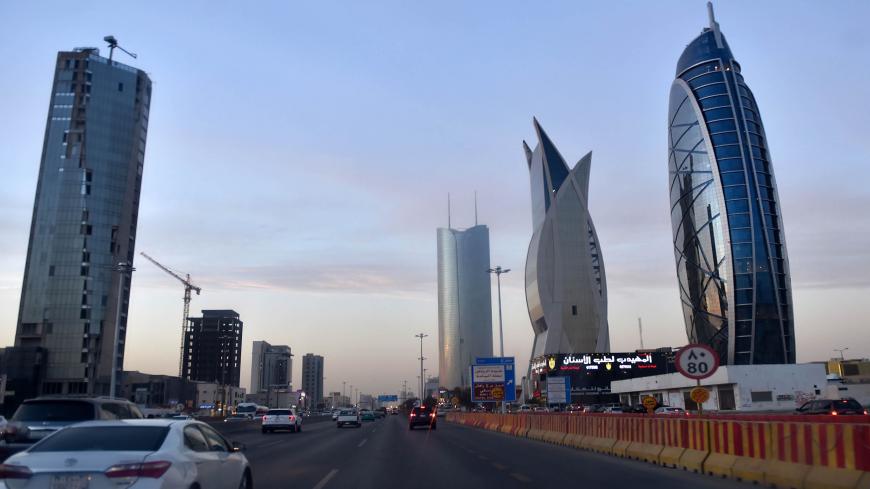 Gulf Arab states issued record debt last year, in large part after the World Health Organization declared the outbreak of the coronavirus a pandemic just over a year ago, on March 11, 2020.

Levels of indebtedness matter, but so does the question of the allocation of resources. Did the six Gulf Cooperation Council (GCC) member states use the more than $400 billion borrowed since the 2014 oil prices crash to help build more resilient economies?

In-depth data is scarce, but funds have been primarily used to defend local currencies and plug budget deficits. The Gulf’s fiscal shortfalls result from a combined significant decline in oil export revenues and unchanged large public sector wage bills that still account for the lion of public expenditures — about 55% of Saudi Arabia’s estimated spendings in 2021.

This implies a sizable portion of money borrowed by GCC governments for the past seven years has been indirectly channeled to Gulf nationals who, for the vast majority, are employed as civil servants. Bahrain and Saudi Arabia’s economic responses to the coronavirus crisis also included paying part of private sector salaries for citizens.

The strategy keeps the existing social safety net afloat, but raises the question of economic leakages. Gulf households tend to spend the greatest chunk of their disposable income — Saudi Arabia’s average household savings are among the world’s lowest rates — primarily on imported goods and services. In 2019, GCC economies imported $700 billion worth of goods and services, mainly from outside the region, as intra-GCC non-oil trade remains low.

And the phenomenon is not limited to citizens. Gulf migration systems, built on transitoriness, discourage migrant workers, who make up more than 80% of the Gulf workforce, to settle down and invest locally. As long-term visas or access to citizenship remain the privilege of a few, over $110 billion in remittances exited the region in 2019.

The thesis for streamlining public sector wage bills to free up capital for investments is confirmed by the findings of a 2011 International Monetary Fund study on the impact of government spendings on the gross domestic product (GDP) — the fiscal multiplier.

“Our results show that fiscal multipliers in the GCC countries are generally relatively weak for current spending but could be sizable for productive capital spending,” the study writes.

More recent data is lacking, however. Capital Economics' Middle East economist James Swanston told Al-Monitor, “We do not have estimates of the fiscal multiplier in the Gulf, particularly from the borrowings being productive themselves.”

Accelerating the region’s diversification beyond its “oil and gas straitjacket” is of the utmost importance for future injections of capital to contribute to GDP growth as its current non-oil economy is still undersized to absorb large flows of capital. “For borrowings to be more productive, we have a problem. Our economy is not diversified; Saudi Arabia is still like an oil company,” said Mazen al-Sudairi, head of research at Al Rajhi Capital.

To circumvent the issue, Saudi Arabia bets on its sovereign wealth fund to drive change.

The Public Investment Fund (PIF) manages a $400 billion portfolio and pledged to pump at least $40 billion into the local economy each year through 2025. It also raised $15 billion in March 2021 to increase its firepower. “PIF’s debts are to finance projects, debts issued by the government are to plug the budget deficit,” Sudairi told Al-Monitor.

The PIF’s strategy, which includes investing in megaprojects — such as the futuristic city NEOM, the ambitious linear city The Line and the Qiddiya entertainment project — would support Riyadh’s long-term ambitious reform plans as the conservative kingdom is struggling to attract foreign direct investments. Yet there is “a major risk of a misallocation of resources that weighs on Saudi’s longer-run growth prospects,” Swanston said.

Economic growth in the Gulf has long been state-led, driven by billion-dollar investments in vanity infrastructure megaprojects, where long-term productivity is questionable, at the expense of research and development (R&D) spendings.

Despite progress in the United Arab Emirates, R&D spendings remain low in the Gulf countries: less than half of a percentage point of GDP in Kuwait, Oman and Bahrain. Elsewhere in the region, Israel, which invests about 5% of its GDP in R&D, has become an innovation hub for sectors of prime importance for the Gulf states given the region’s arid climate and high solar exposures: agri-tech, solar energy, water management and desalination technologies.

Consulting firm PricewaterhouseCoopers' Strategy& stated, “There is empirical evidence that a 1% increase in R&D can boost economic growth by 0.6 to 2.2%.” Yet Gulf states have not allocated a specific percentage of their COVID-19 stimulus packages to green innovations or R&D, despite recent efforts to invest in scaling up solar hydrogen production capacities.

It is worth noting that figures are no better globally: Only 2.5% of the $14.6 trillion in spending announced by the 50 largest economies in 2020 has been for green activities.

Gulf states rather announced plans to improve energy efficiency and restructure their electricity grids to slash expenditures and free fossil fuel burned in power generation for export. Over the next decade, Saudi Arabia plans to attract more than $20 billion worth of renewables’ investments to produce 30% of its power from renewables.

The start of debt repayments

As the price of oil has recovered to its pre-pandemic levels, S&P Global Ratings, which had previously expected “GCC government borrowing to fall to a still high $80 billion in 2021,” now expects borrowing needs to “fall further compared with 2020,” the rating agency’s lead analyst for GCC sovereign ratings, Trevor Cullinan, told Al-Monitor.

Over the next three years, GCC borrowing needs could drop to just $10 billion if oil prices continue to stay elevated and public spendings remain on track, Goldman Sachs said.

Still, debt repayments start to send Gulf economies a kick in the teeth: In Oman, it will rise to around 8% of GDP in 2022, a January 2021 HSBC study predicted. This raises an uncomfortable question: Should the payment of short-term public sector wage bills have been prioritized over investments aiming at building resilient non-oil economies?