Iranian Supreme Leader Ayatollah Ali Khamenei calls the attack on the Saudi Embassy "very bad and wrong" and says thanking the United States for releasing Iranian funds would be like thanking a bully. 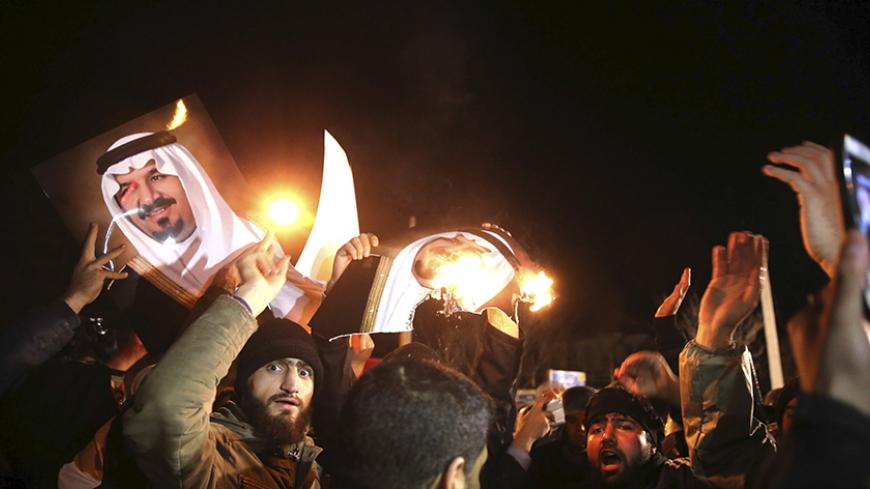 During a Jan. 20 meeting with election officials, Iranian Supreme Leader Ayatollah Ali Khamenei discussed the attack on the Saudi Arabian Embassy in Iran, upcoming parliamentary elections and implementation of the nuclear deal between Iran and the six world powers.

Khamenei called the Jan. 2 attack on the Saudi Embassy in Tehran and consulate in Mashhad “very bad and wrong.” He added that this attack, as well as one on the British Embassy in 2011, were both “to the detriment of the country and Islam and I disliked both.” He also said that young religious groups, often called “Hezbollahis” in Iran, should not be blamed for the attack.

This is the first time Khamenei has publicly addressed the attack that resulted in Saudi Arabia cutting off all ties with Iran and led other Arab countries to downgrade their ties. His comments are not necessarily a surprise. He had previously condemned the attack on the British Embassy and in 1989 also spoke against attacks on embassies in general.

The Jan. 2 protests outside the embassy erupted after Saudi Arabia executed Shiite cleric Nimr al-Nimr. After the attack, two security officials in the country were fired and the administration of President Hassan Rouhani was quick to distance itself from the actions of people it called “extremists.” Abbas Araghchi, deputy foreign minister of legal and international affairs, left Tehran on Jan. 19 to attend an emergency meeting in Jeddah of the Organization of Islamic Cooperation. The meeting was called for by Saudi Foreign Minister Adel al-Jubeir to discuss the attack.

Various countries have attempted to mediate between the two rivals, who are at odds over a number of regional wars. Quoting Turkish media, Fars News wrote that Pakistani Prime Minister Nawaz Sharif had obtained Iran’s agreement to meet with Saudi officials in Pakistan.

Khamenei also discussed the upcoming parliamentary elections in February. There has been a great deal of controversy in Iran since more than half of the 12,000 candidates who registered were disqualified. Rouhani is reportedly in negotiations with the Guardian Council to reinstate some of those candidates.

He continued, “Nowhere in the world, when someone does not believe in the principles of the system, will they be allowed in the decision-making centers. Even in a country like America that portrays itself as a symbol of democracy — which a few simple-minded [people] accept and promote — in the era of rivalry between the Eastern and Western blocs [Cold War], an individual with the smallest accusation of sympathizing with socialism was sidelined.”

At the meeting, Ayatollah Ahmad Jannati, head of the Guardian Council, said the council will "not be influenced by pressure” over its duties to vet the qualifications of candidates.

On the nuclear deal, Khamenei also said that all of Iran’s demands were not met, but he thanked the nuclear negotiators for their “honest efforts.” However, he also said that thanking the United States for releasing blocked Iranian money as a result of the nuclear deal would be “very ugly and dangerous” and likened it to thanking a bully for giving back your house after he has taken it from you.