Five reasons so many Iranians are rushing to run for office

In Iran, the number of candidates for the upcoming parliamentary and Assembly of Experts elections has ballooned compared with the previous round of polls, but why? 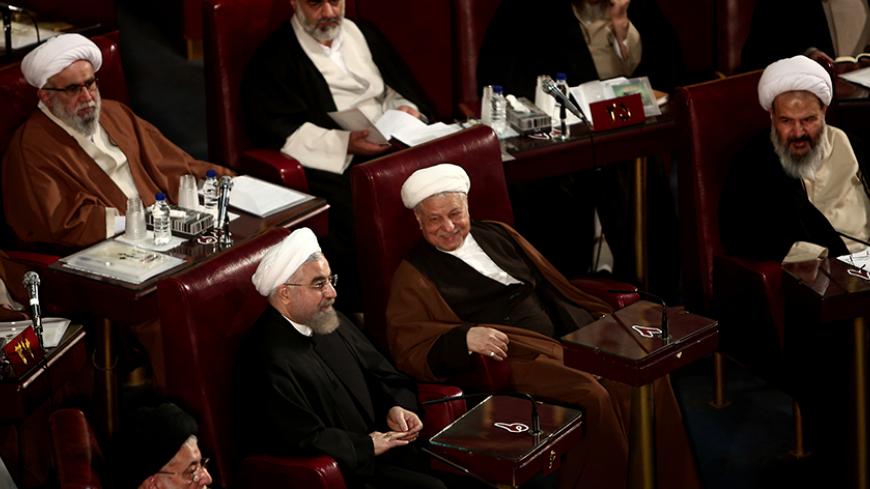 TEHRAN, Iran — Official figures released by Iran's Interior Ministry show that the number of registered candidates for the country’s parliamentary and Assembly of Experts elections next month has surged compared with previous polls, increasing by 100% and 60%, respectively. Although the Guardian Council is unlikely to approve all candidacies, the public is impatiently waiting to see whether prominent figures will get the green light. Key among these faces are Seyyed Hassan Khomeini, grandson of the Islamic Republic’s founder; Ayatollah Ali Akbar Hashemi Rafsanjani, Expediency Council chairman; and President Hassan Rouhani.

The dominant conviction in political circles in Tehran, based on considerations of the political alignment of the Guardian Council and previous experiences, is that the most prominent Reformist and Nationalist candidates are likely to be disqualified. The fact that 12,123 people have signed up for the parliamentary elections — 1,434 of whom are women — and that 801 people have registered for the Assembly of Experts elections, has been of great interest to observers of Iran. This is especially the case considering the characteristics of Iran’s political parties as well as the political developments that Iran is likely to undergo in the next 10 years.

Indeed, conservatives are aware of the outcomes of a power shift in Iran. Therefore, they are quite concerned about the upcoming elections. Speculation is that if the Guardian Council approves the candidacies of Khomeini, Rafsanjani and Rouhani, this trio will be able to change the conservative face of the Assembly of Experts. Meanwhile, in the case of parliament, it appears certain that its current conservative face is about to change.

Mindful of the above, the surge in the number of registered candidates can be traced to five main motivating factors.

First is the absence of institutionalized political parties in Iran. The main and most important reason for the surge in the number of candidate registrations is that there are no real political parties in Iran. Although various political societies and factions are active and officially registered, they have been unable, for a variety of reasons, to assume an active role in society similar to that of political parties in Western Europe or North America. As long as political parties are not institutionalized in the political system of a country, each individual can be considered competent on his own. Moreover, since the norm of having political parties does not exist in Iran, some only put forth candidacies because they like the idea of going to the Ministry of Interior to register and getting the related media attention. In addition, considering the rate of unemployment and economic decline in Iran, certain educated but jobless individuals believe that becoming a member of parliament is an opportunity to gain access to better economic and political opportunities.

Second is the Reformists’ strategy. Supporters of the Rouhani administration, including Reformists, have adopted the strategy of introducing a lot of candidates in the hopes that if their leading figures are disqualified, lesser-known Reformists will be given the chance to run for parliament and pursue the Reformist agenda. This strategy is useful for mobilizing people in order to change the political makeup of parliament and the Assembly of Experts, both of which are currently dominated by non-Reformists. Prominent Reformists can of course wield more influence and be more effective compared to second- or third-rate colleagues. However, the Reformists are not going to give up easily. They are hoping to at least increase the political cost for the conservatives if the Guardian Council engages in mass disqualifications of registered candidates.

Third is the most important political turning point of Iran in the next 10 years. There is speculation that in the next decade, considering the age of Iran’s 76-year-old, ailing Supreme Leader Ayatollah Ali Khamenei, the country will have a new leader. Considering the authority enjoyed by the supreme leader within Iran’s political system, various groups are looking to secure their positions in the Assembly of Experts, which is tasked with selecting the next supreme leader. Rafsanjani’s proposal to establish a “leadership council” instead of a single supreme leader has been criticized by the conservatives but welcomed by the Reformists and alternative political thinkers. On the other hand, if Reformists and supporters of the Rouhani administration manage to win a majority of seats in parliament, sidelined Reformists can return to politics, and thus the atmosphere of moderation and reform long promised by Rouhani can finally be institutionalized.

Fourth is women’s rights campaigns. The surge in registered candidacies for the parliamentary elections is directly related to the rise in the number of social media campaigns. The most prominent of these online initiatives is the Campaign to Change the Male Face of Parliament. According to prominent political scientist Francis Fukuyama, all political parties are bound to capitalize on women. Iran is no exception to this. The level of education among Iranian women has steadily increased, as has their participation in society. As a result, their political and social awareness has expanded. Today, many Iranian women are aware that being politically passive is not beneficial, and that no change will occur through passivity.

Last but certainly not least is that the outcome of the latest presidential elections continues to impact Iranian politics. The 2013 presidential vote proved that by participating in elections and supporting a certain candidate, people can overcome some of their economic and political problems. Indeed, Iranians realized that by taking part in polls and electing Rouhani, they could help solve the nuclear crisis, which had been ongoing since 2003. It should not be overlooked that a majority of people believe that they can influence the politics of their country by casting their ballots.