The body that vets candidates in Iran says it will review statements made by candidates as part of the contested 2009 elections. 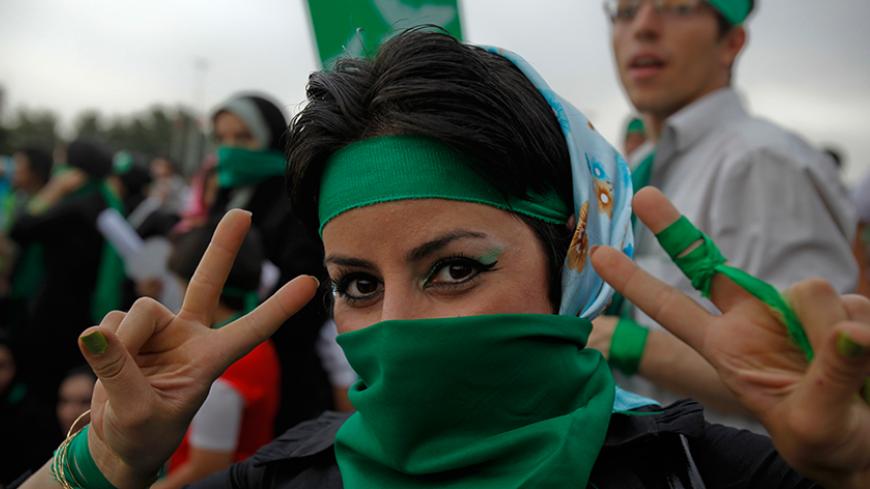 The registration process for the February 2016 parliamentary and Assembly of Experts elections has come to end with a record number of candidates: Nearly 12,000 individuals registered to compete for a seat in the 290-member parliament. It will be the job of the conservative Guardian Council to determine which candidates pass through their filters and ultimately will be allowed to run. While the council is not obligated to specify publicly why the candidates are qualified or disqualified, it seems the 2009 presidential elections will be a central factor in their decision-making process.

Guardian Council spokesman Nejatollah Ebrahimian told Tasnim News Agency on Dec. 27 that the council will review all the comments and actions of the candidates during 2009 postelection protests. He said that the behavior of the candidates should not have been such that it could be construed that they participated in the illegal activities during 2009, adding they should have “clear and specific lines drawn with the sedition of 2009.”

The contested 2009 presidential elections, which hard-liners refer to as the “2009 sedition,” was a turning point in Iranian elections. The incumbent, controversial hard-liner Mahmoud Ahmadinejad, was announced the victor. The Reformist candidates, Mir Hossein Mousavi and Mehdi Karroubi, challenged the results and encouraged their supporters to hold street protests — the largest since the 1979 Islamic Revolution. Despite hundreds of arrests, dozens of deaths and the house arrest of the so-called Green Movement leaders, Iranian officials responsible for the crackdown continue to raise the issue of the 2009 elections as a sort of dividing line between those who should be allowed to be part of the political process and those who should not.

The Guardian Council spokesman was not the only official to discuss the 2009 elections recently. Mohammad Hussein Safar-Harandi, an adviser to the Islamic Revolutionary Guard Corps, said Dec. 27 that Mousavi “is still under delusion and for this reason has not repented nor apologized.” Mousavi, his wife, Zahra Rahnavard, and Karroubi have been under house arrest since February 2011.

While a number of the Reformists had their political careers come to an end over the 2009 elections, politicians who stayed on the fence or were perceived to have supported the Green Movement behind the scenes are most at risk of being disqualified in these current elections. Ayatollah Ali Akbar Hashemi Rafsanjani, a candidate in the Assembly of Experts elections, is perhaps the most well-known political figure who is attacked by conservative media for not drawing a clear line with those who contested the elections.

While Rouhani will hope that moderates make a strong showing to break the grip of conservatives over this parliament, given the high number of candidate registrations, there will certainly be a high number of disqualifications. Ayatollah Ahmad Jannati, the head of the Guardian Council, said during Friday prayers Dec. 25 that the high numbers of candidates to register are “unfortunate” and “mysterious."

For the people who registered for the Assembly of Experts, which elects the supreme leader, Jannati rhetorically asked, “Do they really know themselves to be religious scholars?” One of the more headline-grabbing candidates to register for the Assembly of Experts was Hassan Khomeini, 43, grandson of former Supreme Leader Ayatollah Ruhollah Khomeini. While Rafsanjani has praised Hassan Khomeini’s religious credentials in the past, others have questioned whether he has the religious experience and training to determine whether an individual is qualified to be the supreme leader.