Intense diplomacy appears to have averted a potential firestorm between the United States and Iran over changes to the visa waiver program. 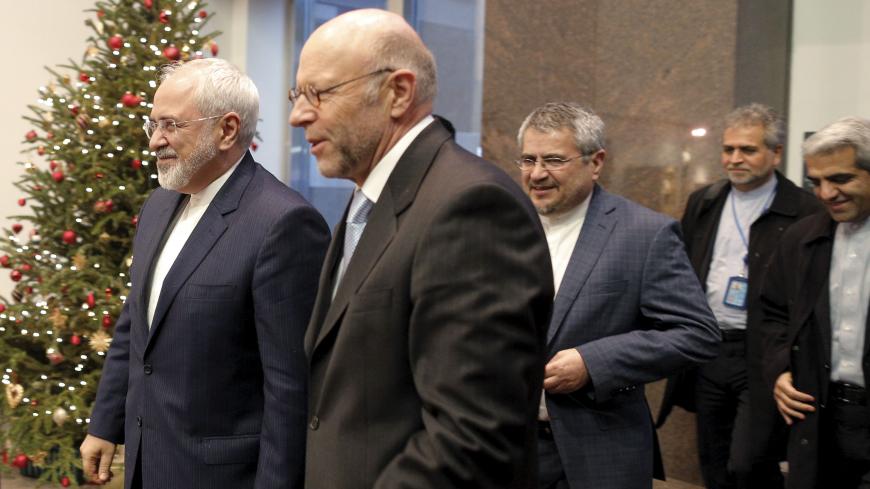 Iranian Foreign Minister Mohammad Javad Zarif (L) is greeted as he arrives at the German mission to the United Nations in New York, Dec. 17, 2015. - REUTERS/Brendan McDermid

A potential firestorm with Iran over controversial changes to the visa waiver program by Congress on Dec. 18 appears to have been averted.

Barring nationals of Iran, Iraq, Sudan and Syria as well as travelers to these countries in the past five years from visa-free entry to the United States, the changes have been criticized by civil rights advocates, lobbying groups and the European Union. Some of the criticism focuses on Article 29 of the July 14 Joint Comprehensive Plan of Action (JCPOA), which reads, "The EU and its Member States and the United States, consistent with their respective laws, will refrain from any policy specifically intended to directly and adversely affect the normalisation of trade and economic relations with Iran." Of note, changes to the visa waiver program would effectively bar European, Australian, Japanese and South Korean tourists and business travelers to Iran from visa-free entry to the United States.

Iranian officials have in recent days stepped up rhetoric against the changes to the visa waiver program, with Foreign Minister Mohammad Javad Zarif calling them “absurd” in an interview with Al-Monitor Dec. 18. Separately, Deputy Foreign Minister Abbas Araghchi said Iran had consulted with European countries on countering the new law, as it “certainly affects economic, tourist, scientific and cultural exchanges with Iran and it contravenes the nuclear deal." Araghchi also warned that “if this law is applied, we will put forward a request to the Joint Commission, because the law goes against the nuclear accord," referring to the body overseeing implementation of the JCPOA.

However, following Zarif’s recent trip to New York for the latest session of the International Syria Support Group, a potential clash between the United States and other signatories to the JCPOA appears to have been averted.

In a Dec. 19 letter to Zarif obtained by Al-Monitor, US Secretary of State John Kerry writes, “First, I want to confirm to you that we remain fully committed to the sanctions lifting provided for under the JCPOA. We will adhere to the full measure of our commitments, per the agreement. Our team is working hard to be prepared and as soon as we reach implementation day we will lift appropriate sanctions.”

In the letter, Kerry also outlines pathways for how to solve the dilemmas posed by H.R. 158, passed earlier this month and largely incorporated into the spending bill passed Dec. 18, saying, “I am also confident that the recent changes in visa requirements passed in Congress, which the Administration has the authority to waive, will not in any way prevent us from meeting our JCPOA commitments, and that we will implement them so as not to interfere with legitimate business interests of Iran.” Beyond alluding to the White House potentially using its waiver authority provided under the new legislation, Kerry says, “We have a number of potential tools available to us, including multiple entry ten-year business visas,” and also “programs for expediting business visas.”

Iranian sources indicated to Al-Monitor that communication between Tehran and Washington over the visa waiver program changes has been ongoing over the previous 10 days, with a total of at least three letters exchanged over this matter.

Efforts to thwart H.R. 158 from torpedoing implementation of the JCPOA appear to have involved strong coordination between the State Department and the Treasury. Sanctions czar Adam Szubin on Dec. 17 publicly encouraged trade with Iran, stating that the "US will not stand in the way of business" consistent with the JCPOA. The timing and nature of Szubin’s statement is of particular significance, since the Treasury has so far dissuaded business dealings with Iran — at least pending the implementation date of the JCPOA.

Trita Parsi, president of the National Iranian American Council, which strenuously advocated against H.R. 158, told Al-Monitor, “The letter shows that the US government is taking the objections of the EU and the Iranians seriously, as the new visa waiver law does arguably violate the JCPOA. The measures listed by Kerry helps minimize that.” However, Parsi, whose organization particularly criticized H.R. 158’s potential impact on Iranian-Americans, added, “But it is not clear how these measures will undo the discriminatory characteristics of this law that singles out dual nationals solely on the basis of their nationality. That remains a major concern. It is a stark reminder that the process of sanctions relief will be quite challenging for the US, as Congress and other parts of the US government seek to undermine the JCPOA.”

In sum, while active diplomacy appears to have averted a firestorm pitting the United States against Iran and potentially other signatories to the JCPOA, it is yet unclear where Iranian dual nationals and foreign tourists to Iran will stand.