According to Israeli experts, the profile of the ''neo-Palestinian'' attacker is that of an unemployed university graduate in his or her 20s who has no hope of building a decent life. 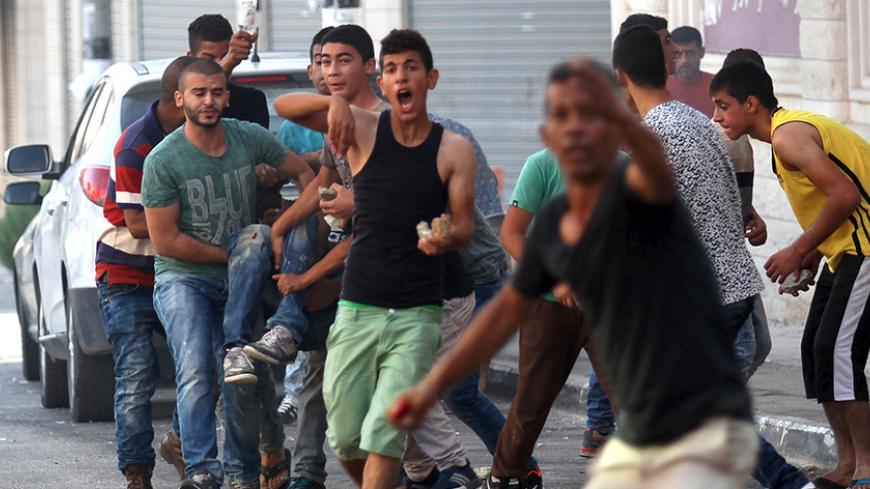 The “new Palestinian,” or “neo-Palestinian,” is the name the Israeli security establishment has coined to refer to the generation of young Palestinians leading the current terror wave that Israel continues to find difficult to define, characterize and restrain some two and a half months after it began. Israeli security officials have compared the struggle against this brand of violence to jousting with windmills. There is no infrastructure, no planning, no hierarchy, no leaders, no organizations and no intelligence.

“This is something else entirely, something we have not completely identified,” admitted a higher-up in Israeli security speaking on condition of anonymity. “It is a social phenomenon, maybe even a mental one. It is the outcome of circumstances and deep processes that have come to fruition. At this stage, we don’t have a clue where this is going and how long it will last,” he said.

Israeli security has described the so-called new Palestinian as young, slightly older than 20 years of age. That said, there have also been much younger assailants — for example, one 13-year-old, girls aged 15 and even an 11-year-old. The new Palestinian wears fashionable jeans, a patterned tricot shirt, and carries a smartphone in his back pocket and wears earphones connected to it by Bluetooth. He wraps a patriotic, Palestinian kaffiyeh around his neck, and in his hand he holds a large rock. The new Palestinian rages and fumes, defies authority, does not owe anything to anyone and is not subject to any kind of higher hierarchy. He doesn’t listen to his parents, teachers, police, mukhtars (village leaders), family members or extended clan. He cleaves to the global “independence rights” discourse.

He was around 3 or 5 years old during the second intifada (2000-2005) and doesn't really remember the horror of those years. In the early 2000s, more than 1,000 Israelis and more than 3,000 Palestinians were slaughtered. The new Palestinian goes to college but nothing will become of his education. It is estimated that at least 30,000 young Palestinians earn undergraduate degrees every year in the West Bank, and another 20,000 or so do the same in the Gaza Strip. They are discharged from university campuses into a total wasteland. There is nothing they can do with their degrees. There are no decent positions, no high-tech jobs and no serious economic infrastructure. At best, a young Palestinian graduate or academic can hope to secure a work permit in Israel and wash dishes in the bowels of a Tel Aviv restaurant.

The new Palestinian has no tangible hope of building a modern life for himself, accomplishing the things that he sees others achieving on social networks. The new Palestinian is convinced that he is in the right, blind to the positions of others, and follows the international community's stance on the Palestinian-Israeli conflict and draws encouragement from it. He is held captive to the narrative of the Israeli occupation, completely open to the various conspiracy theories about Israel that spread like wildfire through the Arab street. He nurtures authentic inner rage that simmers while looking for an outlet.

There are approximately 800,000 Palestinian youths between the ages of 15 and 29 in Judea and Samaria. They are the engine of the current terror wave. They go out to demonstrate almost every day, defiantly and stubbornly. A significant percentage of these young demonstrators are female. If one removed the stones or Molotov cocktails from their hands, they would look like girls their age in calmer regions of the world. They are up-to-date, angry, frustrated and want change.

According to Israeli security experts, Israel is now “paying” for things that it is not even guilty of, such as Arab society restricting women and depriving them of equal rights. Also, the economies of the Arab states in general have long been weak, and the Palestinian economy in particular cannot give its youths any real hope of improvement to their standard of living, economic security and employment.

The new Palestinian is unaware that compared to the other Arabs in the Middle East today, his situation is relatively better than theirs. The only Arab region in which electricity is available 24/7 is in Judea and Samaria. The same is true regarding infant mortality, the standard of medical care and many other statistical facts. The new Palestinian feels under occupation and, more than anything else, wants freedom.

The distress of the new Palestinian also extends to the sense of the “end of the Abbas era.” Mahmoud Abbas, chairman of the Palestine Liberation Organization and president of the Palestinian Authority (PA), announced many months ago that he is considering resigning, thus igniting a fierce war of succession among the various elements and dragging everyone toward extremism.

Sensitivity on the Temple Mount issue continues. Palestinians feel that the PA can't deliver the goods, and this is exacerbating the public's alienation from the authority. Friction between Israeli settlers and the Palestinians throughout Judea and Samaria is intensifying, as has been discussed in Al-Monitor.

These above elements, combined with the emergence of the new Palestinian, have generated aggravation, which in turn has produced the events of the last 10 weeks. To this, one must add the Islamic State (IS) phenomenon, which engages the hearts and minds of Arabs in the Middle East and elsewhere. IS is transforming violence, including beheadings, into romanticized, legitimate behavior. International recognition of Palestinian rights is also fueling the fury and frustration. But that’s not all.

A Dec. 16 Ha’aretz article statistically characterizes the Palestinian attackers to date and has served to increase confusion among those attempting to analyze the phenomenon. It turns out that a segment of these Palestinians has never been exposed to or connected to “incitement on the social networks.” In most cases, the decision to perpetrate an attack, to grab a knife or axe and strike out at Jews, has been impulsive, a flare-up that can be triggered by any number of factors: an earlier terror attack that “inspires” the would-be assailant; an injury suffered by a relative, neighbor or friend at Israel’s hands; a malicious rumor that reaches the potential terrorist's ears.

In short, a Palestinian youth might not have planned on carrying out an attack, but several factors stewed in his mind and heart until the startling outburst. “Under such circumstances it is impossible to fight, to thwart, to avert or to halt [an attack],” said a senior Israeli security source requesting anonymity. “All our intelligence and special resources become irrelevant.”

So what’s the solution? Al-Monitor asked a senior Israeli security source, who responded on condition of anonymity, “There is no solution at the moment. We have 800,000 youths who are going somewhere, but we have no idea where. Even they don’t completely know. We’re talking about atmosphere, mood, and until it changes, we are stuck.”

The Israel Defense Forces assess that the terror wave will continue for the foreseeable future, at the least the coming year. At the moment, they are trying more to contain it and prevent the situation from further deteriorating, rather than attempting to stop it. “It will disappear suddenly, just the way it arrived,” a senior Israeli diplomat said hopefully and confidentially, “but we don’t really know if, and when, that will happen.”