Saad Hariri’s nomination of Suleiman Franjieh as president has sparked wide controversy in Lebanon and brought opposing parties together. 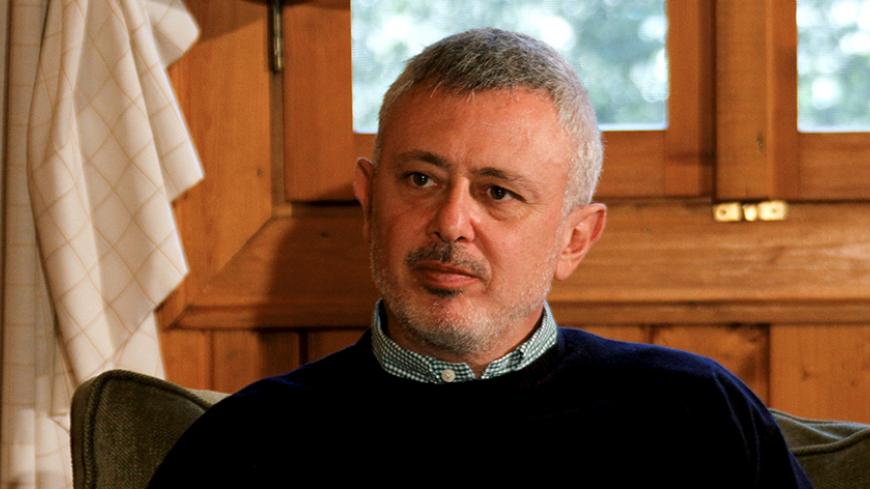 Lebanon is witnessing political turmoil with Maronite Christian politician Suleiman Franjieh’s unexpected bid for the presidency. The candidacy of Franjieh, which is currently debated, a March 8 figure and a friend of Syrian President Bashar al-Assad, may seem nothing out of the ordinary at first glance given Franjieh’s national eminence. However, the March 14 popular bases and other prominent political figures were shocked that Franjieh was nominated by Future Movement leader Saad Hariri, who is the No. 1 in the March 14 camp and Saudi Arabia’s close associate.

Franjieh’s bid may lead to the Future Movement losing some of its key Christian allies, such as the Kataeb Party and the Lebanese Forces (LF), which in turn could join the Free Patriotic Movement (FPM) within the March 8 coalition, thus possibly creating further sectarian tension.

If we are to highlight the similarities between Franjieh and Hariri, then we ought to note that the two are middle-aged and from the same generation. More importantly, they have both experienced the same tragedy as they lost their fathers to political assassination.

Tony Franjieh was killed in a terrible crime in the northern town of Ehden on June 13, 1978. The Kataeb Party and LF head Samir Geagea were accused of perpetrating the bloody crime; however, no official investigation was ever conducted and the truth was never revealed. The wounds left by this crime are yet to heal and left a split within the Christian community, namely among Franjieh’s and Geagea’s supporters.

Former Lebanese Prime Minister Rafik Hariri, a Sunni, was assassinated on Feb. 14, 2005, in a huge explosion that left tension between Sunnis and Shiites. The Special Tribunal for Lebanon accused on June 18, 2014, five Shiite Hezbollah members of complicity in the Hariri assassination.

During the past two years, an agreement between Hariri and Franjieh was nearly impossible, as exemplified by the presidential vacuum and the disruption of government institutions.

No details have been revealed so far about the reasons that led to this major shift in Hariri’s position, and no information is available of whether the talks between Hariri and Franjieh tackled key pending issues such as Hezbollah’s involvement in Syria and the need for a new electoral law.

Labor Minister Sejaan Azzi, the Kataeb Party representative and Hariri’s main Christian partner in the current government, told Al-Monitor, “We cannot talk about a settlement. A settlement is usually an agreement on certain points reached [between two people], but what happened was an understanding between two men with the support of some countries.”

He added, “There is a lack of coordination when it comes to declaring positions, and every camp feels that the other camp is imposing a fait accompli.”

Somehow former member of parliament Misbah al-Ahdab, a Sunni figure from northern Lebanon known for his opposition to Franjieh’s two allies, Hezbollah and the Assad regime, joined this logic.

Ahdab told Al-Monitor, “The problem in this initiative is the nebulosity surrounding it. No one person can be behind this initiative, even if this person enjoys international support. This person should discuss the initiative with his popular base. We do not absolutely reject Franjieh, but we do not want for the Lebanese arena to turn into an arena that attracts terrorist acts against Assad or his figures. Therefore, there are guarantees required from the candidate, and these guarantees require him to shun away from the axes,” referring to Franjieh’s responsibility in keeping a distance from Assad to avoid tension with the Sunni bases in Syria.

Meanwhile, Hariri’s partners are clearly unhappy about the proposal and the way they were excluded from the secret talks that led to the settlement. The LF, the chief Christian party in the March 14 camp, expressed this resentment through its media official, Melhem Riachy, who said in a radio interview Dec. 13, “The LF has not yet received any news deeming what happened as an ‘initiative,’ and we shall refrain from considering this as an initiative until Saad Hariri officially announces it.”

Riachy added, “Franjieh’s bid came as a surprise to the public opinion, whose refusal was only normal given that [Franjieh] is an opponent of the March 14 camp.”

Meanwhile, the LF’s objection led it toward further convergence with its historical rival, FPM leader Gen. Michel Aoun. Some LF sources even said that the LF might go so far as to nominate Aoun, as the LF had always opposed Aoun’s bid for the presidency.

In the March 8 camp, Hezbollah, the pro-Iranian party, received the initiative with some caution and remained silent. It is true that Franjieh is an ally of Hezbollah, but the party voiced suspicions over the timing of the initiative and its supporting parties.

The initiative has remarkably garnered the support of some countries. As soon as it was leaked to the media, it managed to garner wide support, especially from Saudi Arabia and France. After a meeting with the head of the Kataeb Party, Sami Gemayel, Saudi Ambassador to Lebanon Ali Awad Assiri said Dec. 3, “Saudi Arabia blesses this initiative.”

“As long as the candidate is a Lebanese chosen by the Lebanese, then he will get the blessing of Saudi Arabia, regardless of his affiliation,” he added.

For his part, French President Francois Hollande called Franjieh the day following his meeting with Hariri, who commented then that they were working to end the presidential vacuum.

On Dec. 16, Franjieh was reported by Al-Akhbar as saying that US Ambassador to Lebanon David Hale had supported his candidacy a year ago.

Hariri’s strong proposal has seemingly reflected the weakness of those opposing the proposal, namely the Christian parties, as these failed to put forth an alternative by agreeing on a candidate or on a mechanism to put an end to the presidential vacuum.

Hariri's initiative is not over. Druze leader Walid Jumblatt, who was the first to contribute to promoting it, said in a tweet on Dec. 12 that the initiative has been delayed, ironically hinting at the rapprochement between old foes, such as the FPM and LF, in refusing the initiative.

Yet still, this initiative has certainly lost momentum given the obstacles that have been thrown its way, including the Christian polarization against it. The initiative could also push Sunnis toward extremism, should they witness the advent of an ally of Assad — whom they are fighting in Syria — to the Lebanese presidency. This would galvanize the Sunnis' frustration and give an additional boost to Sunni extremist groups at a time when all efforts are directed at fighting the latter.

Most importantly, this initiative has yet to receive Iran’s approval. Hezbollah, Iran’s ally, still enjoys the upper hand in Lebanon and has yet to comment on Franjieh’s bid.