Rouhani announces sanctions to be removed by January

After the IAEA resolution concluding that Iran has not conducted weapons-related researched in their nuclear program since 2009, President Hassan Rouhani declared that sanctions will be removed by January. 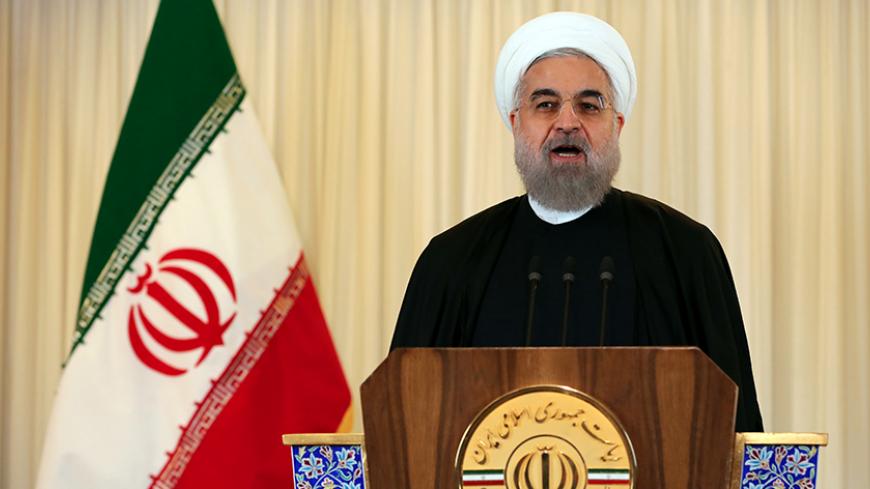 The IAEA concluded that Iran conducted weapons research until 2003 and even to a lesser extent until 2009, but found no evidence that any research had been conducted since 2009. As part of the July 2015 nuclear deal between Iran and six world powers, Iran cooperated with the IAEA so that a clear report would facilitate the removal of sanctions enacted by the European Union, the United States and the United Nations.

In a televised speech Dec. 16, Rouhani called the IAEA resolution “one of the successful steps of Iran on the political and international scene.” Rouhani said that for nearly 14 years Iran has been accused of having a secret nuclear weapons program, which was the justification for UN sanctions.

Rouhani added that closing the possible military dimensions (PMD) investigation of their nuclear program was not only a legal and technical issue, but it was an ethical, political and moral victory. He added that the Foreign Ministry, the Defense Ministry and Iran’s atomic agency played a significant role in resolving the PMD case against Iran.

He said, “God willing, in the month of Dey [Dec. 22-Jan. 20], the sanctions will be removed and our administration will have fulfilled one of its campaign promises and the chains of sanctions will be removed from the feet of Iran’s economy and the path to larger cooperation with the world will be more open.” Rouhani invited Iranians inside and outside of the country to participate in the country’s economic opening.

With the upcoming parliamentary elections in February, Rouhani is in need of a political victory, even if the economic impact of sanctions removal will take more time to be felt by voters. Reformist media and media run by the administration were in a celebratory mood after the IAEA resolution.

The top half of Iran Newspaper, which is run by the administration, was dedicated to the IAEA resolution, with the top story headlined “The end of accusations.” One of the top stories on Shargh Newspaper was headlined “Iran without resolutions [sanctions].”

Foreign Minister Mohammad Javad Zarif said, “Based on this resolution, it can be stated positively that the fraudulent issue about military dimensions of Iran’s nuclear program, known as PMD, is history.” Deputy Foreign Minister Abbas Araghchi said that in the coming weeks Iran will implement the next steps of the Joint Comprehensive Plan of Action and the sanctions will be removed. As part of the sanction removal, Iran will also have to reduce the size and dimensions of its nuclear program.

Kayhan newspaper, which has been critical of the nuclear negotiations, wrote that while the IAEA closed Iran’s PMD case, the United States left open the possibility of future investigations. Quoting Henry Ensher, US chief IAEA delegate, who said that the IAEA may again be called upon to investigate Iran in the future, Kayhan attempted to throw cold water on the celebratory mood.

On its front page, Kayhan also ran another story headlined “Westerners are not worried about our centrifuges, they’re worried about an ideology that grows every day.” The article was about a conference at Tehran University attended by nuclear critics, including former nuclear negotiator Saeed Jalili, endorsing the Islamization of the political sciences at Iranian universities.