Iranian conservatives say they're getting a bad deal

One of Iran's well-connected conservative editors said that the nuclear deal being negotiated could end Iran's ballistic missile program. 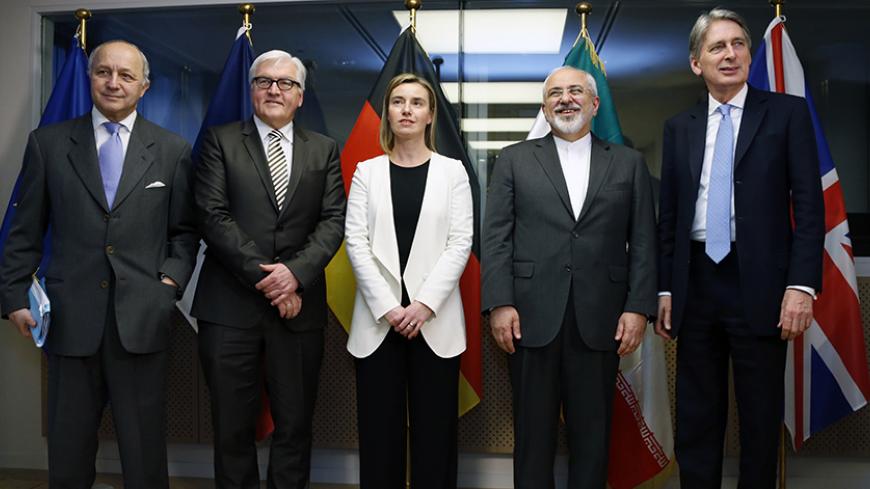 Iran’s conservative figures and media are sounding the alarm on what they claim is a bad deal being negotiated with the five permanent members of the UN Security Council plus Germany (P5+1) over the country’s nuclear program. A March 31 soft deadline for either an agreement or a political framework has pushed some Iranian media into a frenzy, despite acknowledgement that the details of the talks that would reduce Iran’s nuclear program in exchange for the removal of sanctions are confidential.

Hossein Shariatmadari, editor of the hard-line Kayhan newspaper that often sets the tone of conservative talking points in Iranian media, said in an interview with Fars News: “There are indications that a deal is near” between Iran and the P5+1, whose negotiators are in Lausanne, Switzerland. He added: “If the news is true, it could be said that there is distance between this agreement and what the Islamic Republic of Iran had desired. And the red lines that were drawn were not followed the way it was expected.”

While Shariatmadari has a close relationship with Ayatollah Ali Khameneni, Iran's supreme leader who has final say on the nuclear program, it's unclear who his sources are or if they are up to date. However, the concerns he raises have all been raised by Ayatollah Khamenei in the past as well.

Shariatmadari cited six things: “First, only some of the sanctions are being removed for a nuclear [suspension] while all the sanctions should have been removed. Second, the Security Council sanctions remain in place. Third, the suspended sanctions have an interval of six [months] or ultimately one year and the continuation of the suspension is dependent on later conditions. Fourth, the Security Council resolution, which is supposed to guarantee the agreement and commitments of both sides, will fall under Chapter 7 of the UN Charter, whose deals with threats to world peace and security. Accepting the resolution of Chapter 7 means that Iran accepts that its nuclear program is and was a threat against international peace and security. Fifth, the deal that has been mentioned, contrary to expectations and what has been emphasized, is a two- or multi-step deal, and the responsibilities of those details have not been made clear. Sixth, Iran’s commitments are irreversible while the P5+1 commitments are reversible.”

Shariatmadari also expressed concern that as a result of the nuclear deal Iran will start a new round of cooperation with the International Atomic Energy Agency (IAEA) within the framework of possible military dimensions (PMD) of its nuclear program. He added: “Assume that in this agreement, we accept the issue of PMD. In this case, we have to allow IAEA inspectors to inspect our missile industry.” He said that under this agreement, Iran could be asked to suspend parts of its missile program.

On the possibility of Iran having to suspend part of their missile program, Shariatmadari said: “We will be facing a major tragedy and we will be losing one of the foundations of our military strength, which is our ballistic missiles.”

Shariatmadari added: "[US Secretary of State John] Kerry should be asked if Iran is required to work with the IAEA on PMD whether this is not a new and dangerous trap?"