The statements issued by Iran and the United States after the Lausanne agreement have important discrepancies on key issues that need to be resolved before the June 30 deadline. 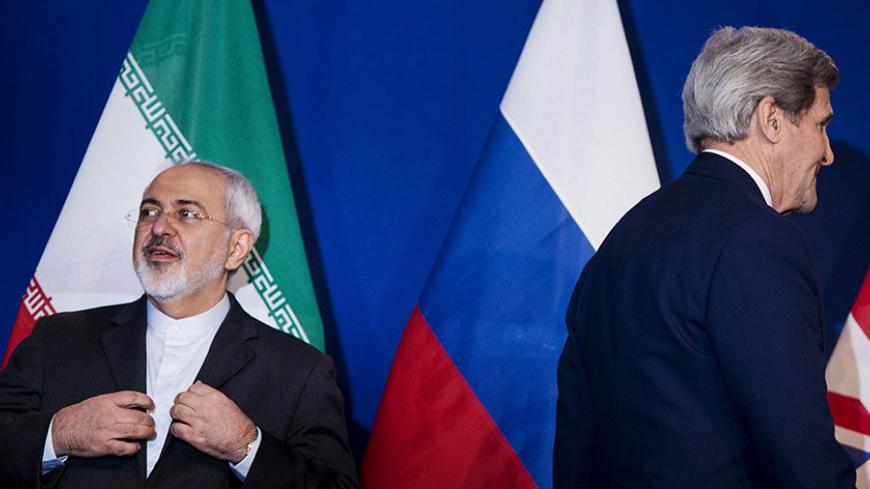 After eight days and nights of intense negotiations, on April 2 Iranian Foreign Minister Mohammad Javad Zarif and Federica Mogherini, the European Union foreign and security policy chief, presented a joint statement on behalf of Iran and the P5+1 nations, the five members of the UN Security Council plus Germany, regarding Iran’s nuclear program.

Immediately afterward, Iran’s Ministry of Foreign Affairs informally and through the Iranian media published the Persian-language document “A Summary of the Solutions Reached as an Understanding for Reaching a Joint Comprehensive Plan of Action.” The Americans followed suit and published a similar document, “Parameters for a Joint Comprehensive Plan of Action Regarding the Islamic Republic of Iran's Nuclear Program,” as a Media Note on the US Department of State website. The differences between the two are far-reaching, and some could, if unresolved, seriously jeopardize the ongoing negotiations.

In its opening paragraph, the Iranian summary, which has not been posted on the Ministry of Foreign Affairs' website, reads, “These solutions are not legally binding and are only a conceptual guideline for preparing and writing the Joint Comprehensive Plan of Action.” In contrast, the American document's opening paragraph reads, “Below are the key parameters of a Joint Comprehensive Plan of Action (JCPOA) regarding the Islamic Republic of Iran’s nuclear program that were decided in Lausanne, Switzerland. These elements form the foundation upon which the final text of the JCPOA will be written between now and June 30. … We will work to conclude the JCPOA based on these parameters over the coming months” (emphasis added).

A comparison of the two approaches demonstrates that while the Ministry of Foreign Affairs has downplayed the significance of what it calls “solutions,” the State Department views the “parameters” mentioned as the “foundation” for the conclusion of the final and comprehensive agreement. The American document, referred to in Iran as the “American fact sheet,” fueled an uproar, forcing Zarif to respond. He tweeted: “The solutions are good for all, as they stand. There is no need to spin using 'fact sheets’ so early on.” The major differences between the two documents are as follows.

The Iranian report maintains that the restrictions imposed by the “JCPOA on Iran’s [uranium] enrichment program will stand for a 10-year period.” Highly enriched uranium — 90% and up — is the principle material for building an atomic bomb. The American document, like the Iranian version, explains that 5,060 centrifuges will enrich uranium for 10 years, which means that after that period of time, Iran can increase the number of centrifuges and, consequently, its enriched uranium production. It also states, however, that Iran has agreed “to not enrich uranium over 3.67 percent for at least 15 years,” “to reduce its current stockpile of about 10,000 kg low-enriched uranium … to 300 kg … for 15 years” and “to not build any new facilities for the purpose of enriching uranium for 15 years.” These provisions are not included in the Iranian version.

Both documents state that the Fordow underground facility, an enrichment plant (as is the one at Natanz), will no longer enrich uranium and will be used for peaceful purposes. The American report says, “Iran has agreed to not conduct research and development associated with uranium enrichment at Fordow for 15 years,” and “Iran will not have any fissile material at Fordow for 15 years.” These provisions are not only absent from the Iranian report, but they also contradict Iran’s claim that the duration of the restrictions on its enrichment program is 10 years.

The Iranian report asserts that as a result of negotiations, Iran will continue its research and development (R&D) program on advanced machines and will continue R&D on and completion of its IR-2, IR-4, IR-5, IR-6 and IR-8 model centrifuges during the 10 years of the JCPOA. The American version, however, cites restrictions on this program: “Iran will engage in limited research and development with its advanced centrifuges, according to a schedule and parameters which have been agreed to by the P5+1” (emphasis added).

More important, the American report states that “beyond 10 years, Iran will abide by its enrichment and enrichment R&D plan submitted to the IAEA [International Atomic Energy Agency], and pursuant to the JCPOA, under the Additional Protocol resulting in certain limitations on enrichment capacity.” These restrictions are absent from the Iranian document.

Both the United States and Iran agree that the Arak heavy-water reactor will be redesigned and rebuilt and will not produce weapons-grade plutonium. Several provisions about it in the American report, however, are absent from the Iranian version. These include that the design is to be agreed to by the P5+1, “the original core of the reactor … will be destroyed or removed from the country,” and “Iran will ship all of its spent fuel from the reactor out of the country for the reactor’s lifetime.” Also missing from the Iranian report is Tehran’s indefinite commitment “to not conduct reprocessing or reprocessing research and development on spent nuclear fuel.”

While enrichment, R&D and the Arak heavy-water reactor are all significant concerns, the most contentious issues that threaten the negotiations process are sanctions and inspections.

“After the implementation of the JCPOA,” the Iran report states, “all the resolutions of the [UN] Security Council and all the multilateral European and unilateral American sanctions … will be immediately removed.” The American fact sheet asserts, however, “Iran will receive sanctions relief, if it verifiably abides by its commitments.” It adds that “US and EU nuclear-related sanctions will be suspended after the IAEA has verified that Iran has taken all of its key nuclear-related steps” (emphases added).​

In response to the American fact sheet, Iranian President Hassan Rouhani said April 4, “During the talks we [both sides] always talked about lifting economic, financial, and banking sanctions. We never talked about the suspension of the sanctions, and if that were the case, no agreement would form.”

On the same day, Abbas Araghchi, Iran's senior negotiator and deputy foreign minister, said, “The American fact sheet stipulates that the US and EU suspend sanctions against Iran. … [However], the entirety of the economic and financial sanctions, and the [UN] Security Council resolutions, will be removed the first day of the implementation of the agreement. This agreement exists and is the solution that we reached.”

Meanwhile, the fact sheet says that “the architecture of U.S. nuclear-related sanctions on Iran will be retained for much of the duration of the deal and allow for snap-back of sanctions in the event of significant non-performance.”

When asked his opinion on the fact sheet's discussion of sanctions during an April 5 TV interview, Zarif said, “That is nonsense. The architecture of the sanctions has already collapsed.”

It is noteworthy that as a matter of practical politics, President Barack Obama is not in a position to lift the sanctions. He can void the executive orders relevant to the sanctions, and according to the majority of sanctions legislation, he has the authority to “waive” congressionally approved sanctions. Congress alone, however, has the authority to nullify these laws and thus permanently remove the sanctions. At this point, considering political realities — for example, the majority of Congress maintains a hostile stance toward Iran — demanding the removal of sanctions (as opposed to Obama suspending them) is unrealistic.

The wording of the American document complicates matters concerning the lifting of UN Security Council resolutions. It says that the resolutions “will be lifted simultaneous with the completion, by Iran, of nuclear-related actions addressing all key concerns (enrichment, Fordow, Arak, PMD [possible military dimensions], and transparency).”

The sticking point is addressing the possible military dimensions of Iran’s past nuclear activities and receiving IAEA clearance, which could take months or even years, according to experts. It is unlikely that Iranians will accept provisions that roll back their nuclear program, in some cases irrevocably, while in their eyes putting them at the mercy of the IAEA, especially because they often claim that the PMD issue is manufactured by foreign security services.

The American document explains, “Iran will be required to grant access to the IAEA to investigate suspicious sites or allegations of a covert enrichment facility, conversion facility, centrifuge production facility, or yellowcake production facility anywhere in the country.” This stipulation, which does not appear in the Iranian version, effectively means that IAEA inspectors can access military facilities as well.

At this stage, a large segment of Iranians, from radicals to moderates, vehemently oppose such a provision. Given Iran's military progress in recent years, Iranians are deeply concerned about their military secrets being compromised. In fact, this secrecy is a key strategy of the Iranian government, as it uses ambiguity about its military capability to bolster deterrence. Meanwhile, Iran argues that “no global authority exists to inspect a country's military facilities. There is no treaty to do so, and the IAEA is not in a position to carry out such [a] task.” 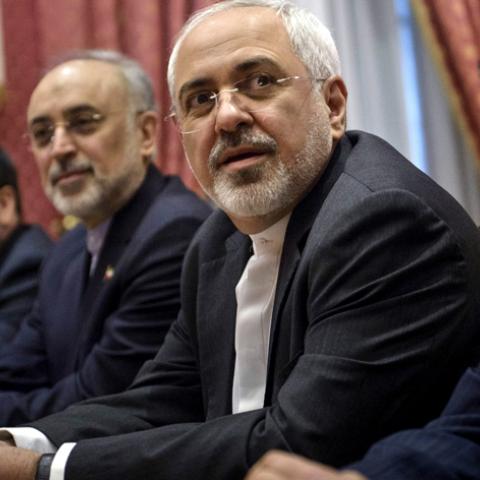