Will Iran end the death penalty for drug smuggling?

Some members of Iran's parliament are launching a bill to eliminate the death penalty in nonviolent drug smuggling cases, though the plan is expected to face staunch opposition. 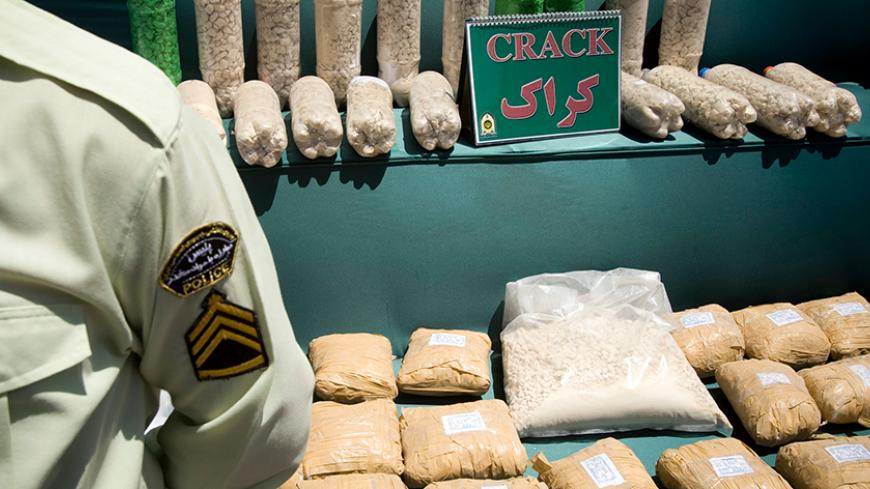 Iran, which executes more people per capita than any other country in the world, is taking preliminary steps to reduce the use of the death penalty in drug-related cases, although many believe it will be difficult to implement such a change.

Iran's staggering number of drug-related executions in the country is on pace to exceed 1,000 for 2015, according to the UN investigator for Iran, Ahmed Shaheed. In July, Iran officially announced the executions of 246 people, but Amnesty International placed the number then at 694.

The Iranian parliament's website reported Dec. 8 that 70 members of parliament signed on to a bill to eliminate the death penalty for nonviolent drug smuggling in the country. Many activists and Iranians on social media welcomed the news. On the other hand, officials who spoke to Shargh Daily in a Dec. 17 article said change will take time and face stiff opposition. There are 290 members of parliament.

Mohammad Ali Asfanany, a member of parliament’s Judicial and Legal Committee, told Shargh there have been no sessions devoted to the issue since the proposal was presented. Asfanany seemed skeptical that anything will be done soon, saying, “Entering this issue, we must be observant of sensitivities because this is a very difficult task.”

Asfanany said an expert review and more discussions are needed to answer all the questions of those opposed. “We’re at the beginning of the path and must not rush," he said.

In an interview with the Islamic Consultative Assembly News Agency, Mir-Hadi Gharaseyyed Romiani, also a member of parliament’s Judicial and Legal Committee, said some prisoners could be released and some could have lengthy sentences reduced or removed.

“Iran has paid a heavy price in its fight preventing the transit of drugs to Europe, and most of the executions are related to this issue,” Gharaseyyed Romiani noted.

Iranian officials seem divided over this issue depending on their agency.

Saeed Safatian, former director for treatment at Iran Drug Control headquarters, told the Health and Treatment News Agency on Dec. 16 he is in favor of ending the death penalty in nonviolent drug cases. He challenged the penalty's value, saying the number of traffickers has increased while the law has been in effect.

Ali Moayedi, Iran’s anti-narcotics police chief, however, argued against the proposal, saying laws decreasing the punishment for drug smuggling have "opened the path for drug smugglers.”

Mohammad Javad Larijani, secretary of Iran’s Human Rights Council, who usually spends considerable time countering allegations from the UN’s Shaheed, said that if the bill is passed, “80% of the executions will go away.”