Iranian judicial officials have once again stated publicly that the country's criminal prosecution and punishment of drug-related crime need to be reformed. 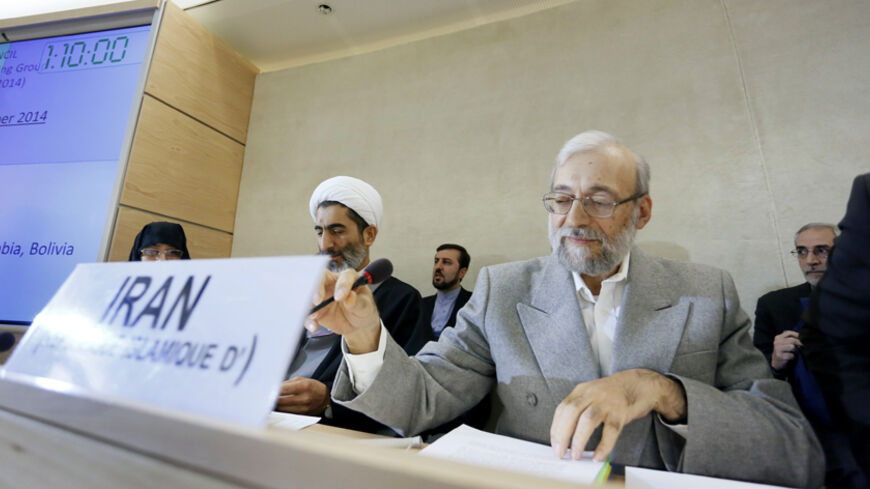 Mohammad Javad Larijani, the secretary of Iran’s Human Rights Council, said that Iran is looking to end the death penalty for drug related cases, which he said account for 80% of the country’s executions. His comments followed statements by the head of Iran’s judiciary, who earlier said that the country’s drug laws were not effective and need to be reformed.

In a Dec. 4 English-language interview with France 24’s Sanam Shantyaei, Javad Larijani said, “No one is happy to see the number of executions is high. And it’s a sad story that we have this much drug related crime. … According to the existing law, … they are receiving capital punishment.”

Javad Larijani continued, “We are crusading to change this law. If we are successful, if the law passes the parliament, almost 80% of the executions will go away. This is big news for us, regardless of the Western criticism.” His statements were picked up and translated by Iran’s Persian-language Fars News Agency.

While not speaking as explicitly as Javad Larijani, Ayatollah Sadegh Larijani, Javad Larijani’s brother and the head of Iran’s judiciary, addressed the need to change the country’s drug laws. During a Dec. 2 meeting of judiciary officials, he said, “On the issue of drugs and trafficking, it feels necessary that we need a change in the legislation because the ultimate goal of the law should be implementing justice, while in reality, this goal is often not realized.”

This is not the first time that Iran’s judiciary has proposed changing the punishment for drug-related crimes, or at least modifying how the punishment is implemented.

In May 2014, current deputy head of Iran’s judiciary Gholam-Ali Mohseni-Ejei, while speaking as the country’s top prosecutor, said at a meeting of the High Council for Human Rights in Iran, “Unfortunately, the high number of executions in this country is related to drugs smuggling and the heavy penalties for this infraction. If, within the existing laws, we can review it in such a way that we help the intelligence officials to punish the leaders of these smuggling networks, and for the rest, we reconsider [their punishment], the goals of the system can be better realized.”

According to conservative Etelaat newspaper, Sadegh Larijani did not advocate softness on drug smuggling. He said that drug smugglers need to be “dealt with seriously” but conceded, “Unfortunately, today, with respect to drugs and drug-related laws, we see that these laws have no impact.”

According to Amnesty International, with 369 in 2013, Iran was second only to China in state executions. Iraq, Saudi Arabia and the United States were in third, fourth, and fifth place, respectively. Iran has performed a record number of executions in 2014. According to the Iran Documentation Human Rights Center, there have been 647, though the center claims that Iran has acknowledged only 229 of them.