Iran’s top prosecutor recommends reconsidering the cases of smaller drug offenders to address the high level of executions in the country. 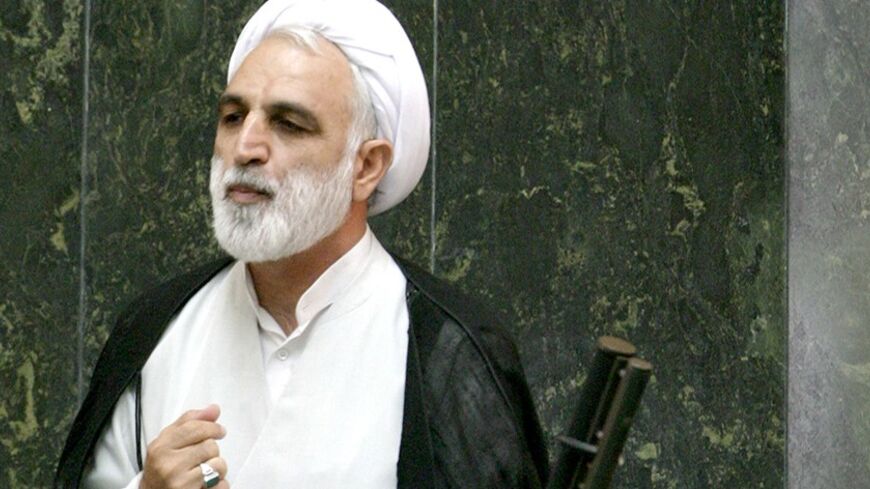 Prosecutor-General Gholam Hossein Mohseni-Ejei said on May 6 during a meeting of the High Council for Human Rights in Iran, "Unfortunately, the high number of executions in this country is related to drugs smuggling and the heavy penalties of this phenomenon. If within the existing laws we can review it in a way that we help the intelligence officials to punish the leaders of these smuggling networks, and for the rest we reconsider [their punishment], the goals of the system can better be realized with respect to drugs.”

While there are many caveats to Ejei’s statement, it is noteworthy that a figure with his background would make this suggestion publicly at this type of session. Ejei serves as the spokesman for the judiciary and is one of the more hard-line figures in Iran. He was one of the first Iranian officials to be sanctioned by the US government for human rights violations in 2010. He served as former President Mahmoud Ahmadinejad’s intelligence minister from August 2005 to July 2009, and he has been a vocal critic of President Hassan Rouhani’s administration’s efforts to release the leaders of the Green Movement.

While some have seen these comments as promising, student activist and journalist Saeed Aganji said to Al-Monitor that it is true that Ejei’s statements may reflect a progress of sorts, still, the role of “officials are limited in this field due to laws of Islamic punishment.” He said that either way there is a difficult process to reform or change laws in Iran. Ejei, however, recommended how the law is applied with respect to the death penalty rather than changing it.

Iran is one of the leading countries in the world to use the death penalty. According to Amnesty International, 369 people were executed in Iran in 2013. Mohammad Javad Larijani, who heads the judiciary’s High Council for Human Rights, has defended the country’s use of capital punishment, saying that 80% of executions are related to drug offenses.

Ejei addressed the lack of support from the international community in its war on drug smuggling. “It’s shameful that Iran, which is battling drug smugglers whose prime destinations are European countries, and has shown selflessness and sacrifice, has martyrs and has incurred millions of dollars in damages, instead of being encouraged and receiving cooperation from international institutions, is attacked on human rights.”

Iran’s eastern border, particularly along the Sistan-Baluchistan border, has long been a transit route for opium and heroin on its way to Europe. According to the United Nations Office of Drugs and Crime, the Iranian government has confiscated the highest amounts of opiates and heroin worldwide. Thousands of Iranian border guards have lost their lives trying to prevent armed gangs from smuggled drugs entering from Pakistan and Afghanistan. Western organizations have mostly been reluctant to help Iran with this struggle, fearing that many of those captured could face the death penalty.

Ejei also strongly defended Iran’s legal system as a whole in his other statements at the session. “There is no country in the world as precise and with as many regulatory producers, precise repeals, and mechanisms to issue and enforce sentencing,” he said. Ejei also defended the country’s use of retribution law “ghesaas” as a “divine sentence,” which also has “forgiveness” as one of its components.